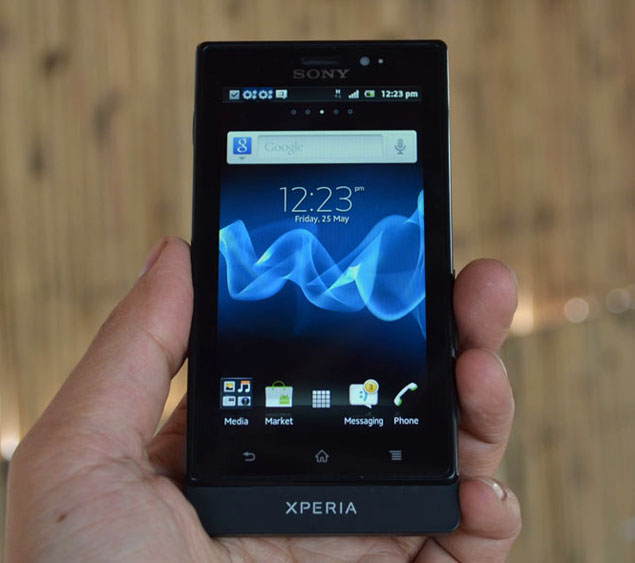 The Japanese manufacturer launched three mid-range devices this year at Mobile World Congress to cater to almost every consumer in the price-segment.

Sony Xperia sola is one of the three devices to be launched in India recently. Priced at Rs 20,449, it brings 1GHz dual-core processor, 3.7-inch Floating Touch display (more on this later), 5MP camera and Android 2.3 to the table, but is this enough to make the consumers go for it over the competition in the market? We will find out in this review.

Hardware
Sony has followed a fixed design style for all of its 2012 smartphone launches apart from Xperia sola, which offers a distinct basic design that might not win design awards but is pretty decent.

There is no transparent bar or curved back, but Xperia sola comes with an all square design. Another differentiating factor is the thin bottom, which is a change from Xperia NXT series, but doesn't really add anything and is more of a design decision from the company.

For those, who don't like huge smartphones and prefer the pocketable ones, Xperia sola is perfect. It offers 3.7-inch display, which is in no way small, a sufficiently thin body at 9.9mm and weighs just 107 grams.

Talking about the hardware specifications, Xperia sola has a trio of capacitive buttons located below the display, and they work fine. There is a volume rocker, two-stage dedicated camera and Micro-USB port on the right and the power button on the left. The top and bottom are pretty much clean apart from the 3.5mm audio jack on the top. 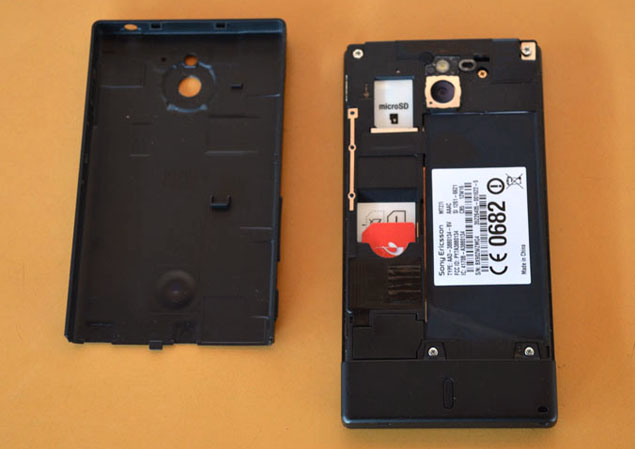 All buttons are usable and offer no issues apart from two-stage dedicated camera button, which required more than normal effort to click an image.

The back of the smartphone houses a 5MP camera, LED flash, Xperia branding and speaker. Remove the battery cover and consumers will find the microSD card and SIM card slots. The battery is not users-replaceable, which might be a bit of let down for some.

Display
Sony has gone for a 3.7-inch display for Xperia sola with 854x480p resolution. The display size is perfect for basic web-browsing, playing casual games and other daily chores, but multimedia junkies and heavy gamers might find it a little small for their taste.

Xperia sola comes with a decent PPI count, thus you will hardly notice any individual pixels. The colour reproduction is fine, but white and black colours are a little dull. The smartphone also offers decent viewing angles and visibility under sunlight.

Camera
As we've come to expect from Sony smartphones, the Xperia sola's 5MP camera performs quite well. Thanks to the dedicated camera button, you don't even have to unlock the device to click an image.

While the outdoor and indoor shots with proper lighting taken with the smartphone's camera lived up to our expectations, we were disappointed with the shots taken using the smartphone's built-in flash. The shots were washed out and had a white layer on them.

Another downside for the smartphone is the missing front camera. Secondary camera has increasingly become a standard for smartphones and even the entry-level models have started coming with one, and we are not sure why Sony has decided to give it a miss in Xperia sola.

The smartphone camera supports up to 720p video recording and the results were fairly decent.

The camera app on the smartphone isn't very comprehensive but gives decent number of options to play around. You can choose scene, white balance, exposure value, ISO, Metering or the focus mode. 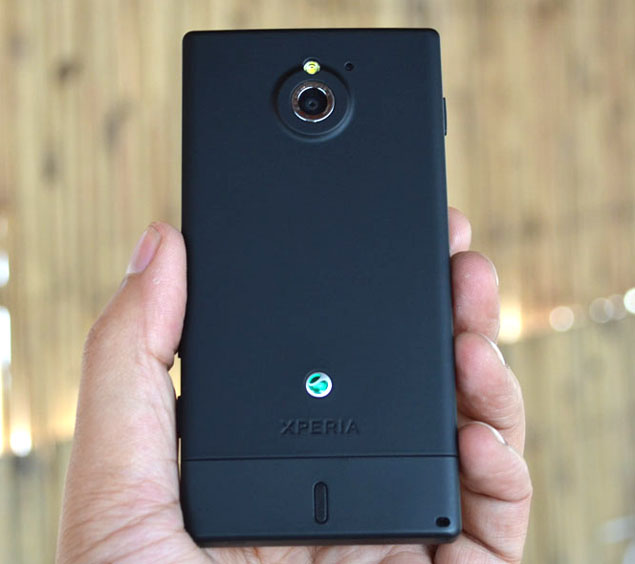 Software/ Interface
Sony is shipping Xperia sola with Gingerbread on-board, which isn't surprising because company is yet to release an Ice Cream Sandwich (ICS) smartphone. Company has also included its custom interface on top of the Android 2.3, similar to other 2012 Sony launches; it is minimal and does not hog much processing power.

The interface is beautiful with subtle animations and effects.

The smartphone also comes with ability to create folders and take screenshots, both of which were introduced in Ice Cream Sandwich release, giving you some respite before the actual update reaches the smartphone.

In terms of the pre-loaded apps, company has included Timescape, which is like a hub of your social network feeds, along with TrackID, Timer, Stop Watch, Recommender, World Clock, WisePilot, Neo Reader, and Office Suite apps. Most of the pre-loaded apps actually add value to the consumer experience.

Floating Touch
Xperia sola is the first smartphone to come with Sony's all new Floating Touch technology, which allows you to browse the web by hovering your finger above the screen so it acts like a moving curser, without actually having to touch the display. Floating Touch works as advertised but there is hardly any actual usability of the feature right now. However, the company plans release its API to developers and we can anticipate some cool uses of Floating Touch after that.

Performance/ Battery Life
In the world of smartphones filled with Qualcomm and NVIDIA chips, Sony Xperia sola runs on ST-Ericsson NovaThor U8500 dual-core processor. Don't worry, it performs quite well, and we did not experience any hiccups during our time with the smartphone.

The dual-core processor ensures smooth functioning of the phone and there is no lag in switching homescreens, multitasking or even playing casual games.

On the connectivity front, Xperia sola includes Wi-Fi, Bluetooth, NFC, and DLNA. Both Wi-Fi and Bluetooth work as expected, but NFC isn't much use right now apart from when you try Smart Tags from the company. The NFC functionality should be improved after the ICS update. The call quality is decent and so is the network reception.

In terms of the multimedia usage, the smartphone played 720p videos flawlessly, however stock player wasn't so great with 1080p videos. It also includes a fancy music player on-board, which worked quite nicely and when clubbed with the xLoud feature gave decent audio output.

After the pricing, battery life is increasingly becoming a key deciding factor in smartphone purchases, and traditionally Androids are not the champions in the category. Xperia sola includes a 1,320mAh battery, which is non-user-removable.

The battery backup is just ok and we would have surely liked a bigger battery. Moderate users will able to get through the day without charging, but heavy users won't be so lucky.

If you want Android 4.0 today, you might want to look at HTC One V, which although misses the dual-core power but offers better camera and ICS at a slightly less price.

To check out more images of Xperia sola, visit our picture gallery.

In the Facebook era, reminders of loss if families fracture
Analysts see tough year for Nokia