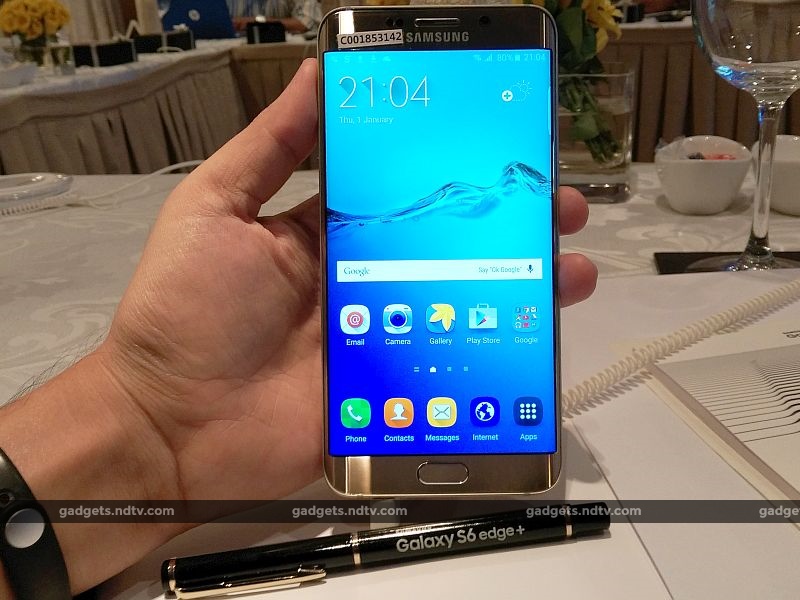 Coming back to Samsung's latest smartphone launch, the real question here is what it offers over and above its predecessor. On paper, the Galaxy S6 Edge+ features a larger display, more RAM, and a bigger battery than the Samsung Galaxy S6 Edge (Review | Pictures) other than some minor changes. We spent some time with the Samsung Galaxy S6 Edge+ at the event, and while we will reserve our formal verdict until we can conduct a full review, here are our initial thoughts about the new smartphone.

Much like the Galaxy S6 Edge, the new Galaxy S6 Edge+ stands out from the crowd because of its screen, which curves around both sides of the phone. It will be available in Gold Platinum and Silver Titanium colour variants in India. We spent some time with a Gold Platinum unit during the launch event. 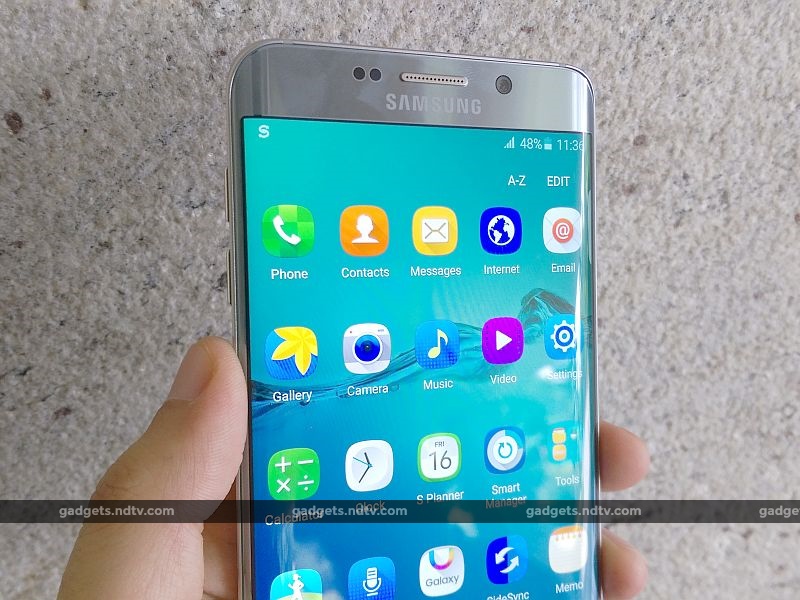 The front and rear panels of the Galaxy S6 Edge+ are all glass. You can see the body colour through the rear glass, which is highly reflective. The camera bulges out slightly, like it does on many other Samsung models. The phone was bit hard to grip, mainly because of its thin sides, something we pointed out in our Samsung Galaxy S6 Edge review as well. Despite being heavier than its predecessor, the Galaxy S6 Edge+ feels light at 153 grams.

Below the screen, one can find the physical home button with an integrated fingerprint scanner which worked fine during our limited time with the device. However, one thing that disappoints us is that Samsung is yet to confirm whether the Samsung Pay payment service will come to the Indian market or not. Considering that Apple is yet to introduce Apple Pay, Samsung could gain an advantage over its biggest rival in bringing this feature to the country first. Warsi however said that the company is yet to finalise anything about it.

Placed on either side of the physical home button are the capacitive Recent and Back buttons which light up only when touched. The power and volume buttons are housed on the right and left sides of the phone respectively. Similar to its predecessor, the Galaxy S6 Edge+ features a Nano-SIM card tray on the top, while the speaker grille and 3.5mm audio jack are on the bottom, alongside the Micro-USB port.

The Galaxy S6 Edge+ sports a 16-megapixel rear camera with f/1.9 aperture and optical image stabilisation, apart from a 5-megapixel front-facing camera. The company at the event demoed its new Live Broadcast feature which can directly broadcast video to YouTube. We asked whether the Galaxy S6 and Galaxy S6 Edge will be getting the Live Broadcast feature with future system updates, but Samsung India said that no final decision had yet been made. 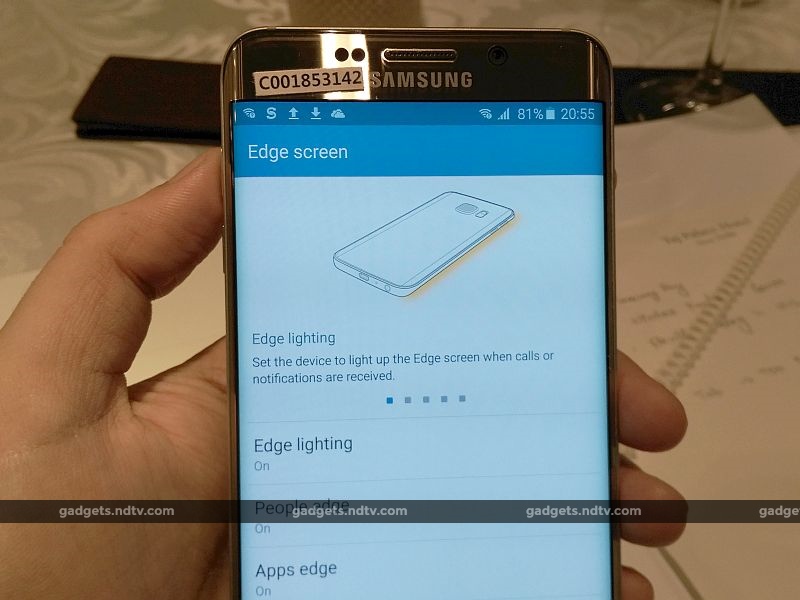 The software on the Galaxy S6 Edge+ looked much the same as on the Galaxy S6 Edge. The company utilises the curved display edges using what it calls Edge Screen panels, which flash in predefined colours when any of up to five contacts call. We did not come across any other major software changes in our limited time with the handset.

Much like the Samsung Galaxy S6 (Review | Pictures) and Galaxy S6 Edge, the new curved-screen smartphone comes preloaded with Microsoft's Skype, OneDrive and OneNote apps. Considering that there is no microSD slot on the handset, Samsung is offering up to 100GB of free storage on OneDrive. When asked why storage expansion had been dropped, Warsi stated that users are steadily moving towards cloud storage option which is why Samsung is offering free OneDrive storage. Galaxy S6 Edge+ buyers will also get the standard 15GB free cloud storage space on Google Drive.

Final Thoughts
Overall, the Samsung Galaxy S6 Edge+ has a number of small improvements over the Galaxy S6 Edge, but nothing that is very noticeable except for the screen size. The company has launched the 32GB variant of the Galaxy S6 Edge+ in India priced at Rs. 57,900. The smartphone will go on sale on August 28. 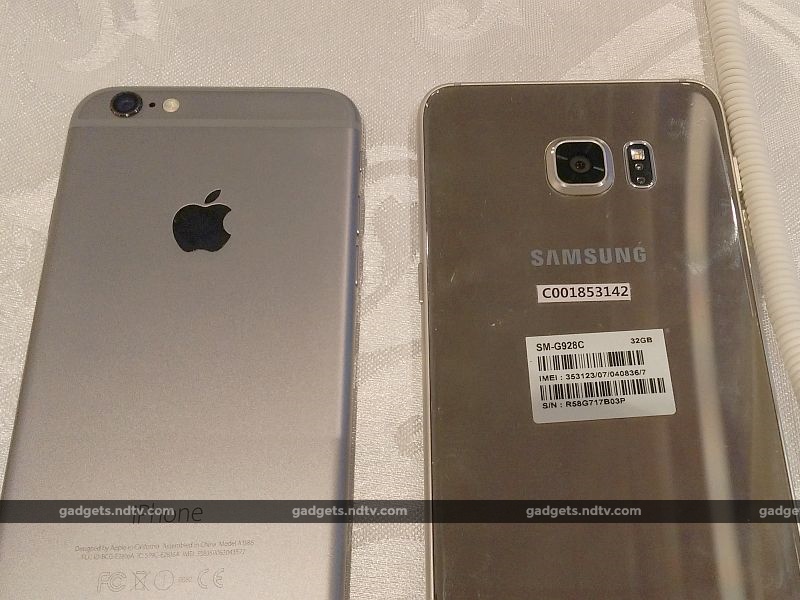