Samsung Galaxy A50s stands out with its prism design and overall sleek profile. 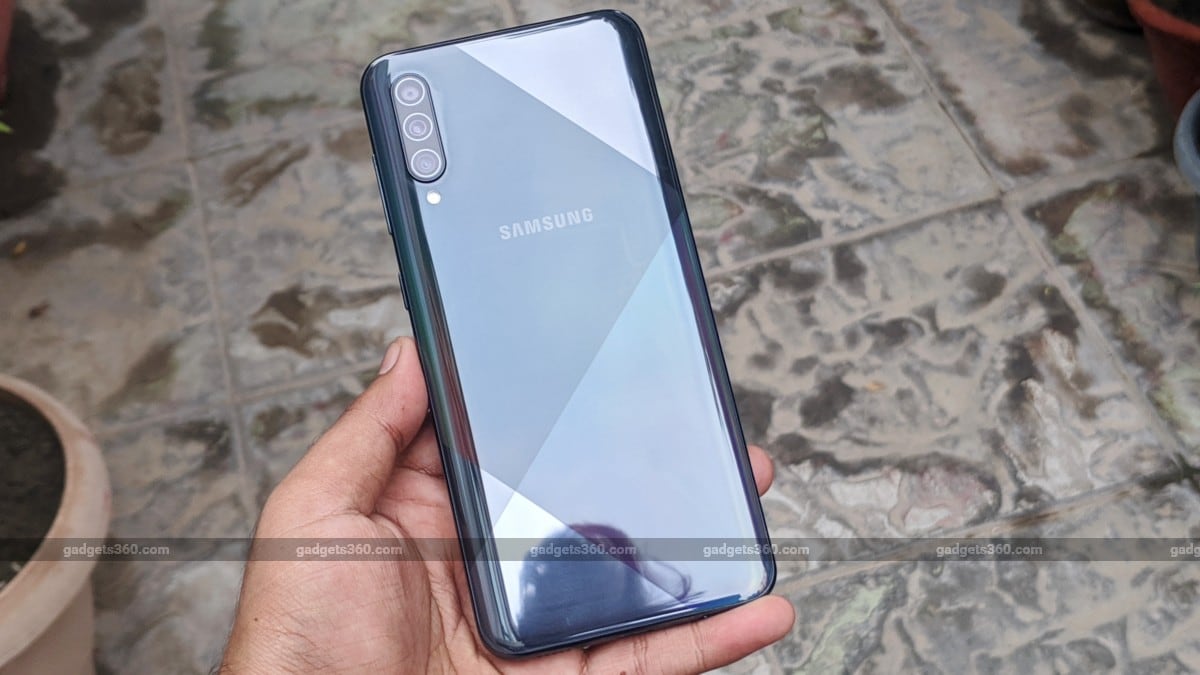 The trend of launching mid-cycle upgrades with minor hardware tweaks is quickly gaining traction, as smartphone makers race to offer the latest innovations to end users. Samsung Galaxy A50s is the latest example of this strategy, with Samsung updating its mid-range Galaxy A-series and Galaxy M-series phones to keep up with rivals such as Realme, Xiaomi, and Vivo that are breathing down its neck. The Galaxy A50s builds over the Galaxy A50, which was launched back in February, and offers a more powerful camera hardware, upgraded processor, appealing aesthetics, and Samsung Pay support. We got to spend some time with the Galaxy A50s and here are our first impressions.

The Samsung Galaxy A50s instantly grabs attention, thanks to the glossy rear panel that has a prism-like design. It has distinct regions that glisten in a different colour when light falls on it from various angles. The Prism Crush Violet variant is the one you should pick for its brilliant reflective profile and flashy colour scheme, but if you want a less ornate finish, the Prism Crush Black and Prism Crush White will serve you well.

The prism design stands out, but the glass-like rear panel is a smudge magnet and gets covered with fingerprint marks in no time, much like its predecessor. The build quality is solid, and the sleek profile ensures a comfortable grip. The curved rear panel meets the frame smoothly, giving the Galaxy A50s a more premium feel.

The new Samsung offering packs a 6.4-inch full-HD+ (1080x2340 pixels) Super AMOLED Infinity-U Display, which renders vibrant colours and has an impressive brightness output with good sunlight legibility. However, the in-display fingerprint sensor was a bit slow compared to what we've seen on other phones in the same price bracket.

Samsung Galaxy A50s is powered by the 10nm Exynos 9611 SoC, which appears to be an updated version of the Exynos 9610 powering the Galaxy A50. The phone packs up to 6GB of RAM and 128GB of inbuilt storage, while One UI based on Android Pie handles things on the software side. Support for NFC-based Samsung Pay also separates the Galaxy A50s from the Galaxy A50.

We quite like the cleaner look of One UI, and in our brief experience, navigating through the UI, Web surfing, and multitasking were buttery smooth. We'll soon put the phone through its paces to find how well it handles gaming and intensive multitasking.

The company has added a Night Mode to the Galaxy A50s, which is a first for a mid-range Galaxy A-series phone, alongside a Super Steady mode for video recording. We will be comprehensively testing the camera to find out if the new sensors and the dedicated night mode make a tangible difference vis-à-vis the Galaxy A50. The Galaxy A50s comes equipped with a 4,000mAh battery, and its retail package is bundled with a 15W fast charger, which is definitely a perk.

At a starting price of Rs. 22,999, the Galaxy A50s goes head-on with some well-received phones such as Redmi K20 (Review), Poco F1 (Review), and the Vivo V15 Pro (Review), to name a few. The overall package is a little underwhelming for the asking price, but we'll reserve the final verdict for our review as we extensively test the cameras, day-to-day performance, and battery life. Stay tuned to Gadgets 360 for our Galaxy A50s review arriving soon.