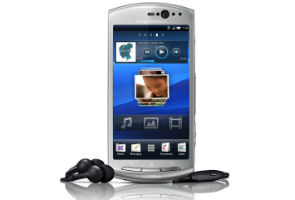 Highlights
Sony added a new egg to the Xperia basket by introducing the Sony Ericsson Xperia Neo V (pronounced as 'five'), a successor to the Sony Ericsson Xperia Neo. The major change is the lowered price and camera resolution. The phone now competes in the under Rs. 20,000 segment with the likes of the Samsung Galaxy S, the LG Optimus Black and the Moto Defy Plus. The resolution is now 5MP instead of 8MP and hence the name Neo V. Read on more to find out if it actually outshines its rivals or is it just another rat in the Android race.

The review unit that we received was a gorgeous looking white with all the right curves in the right places thus making it look attractive. It feels decently light enough at 126 grams and fits comfortably in your palm as well.

The build however isn't that impressive. The plastic-y finishes attracted scratches quite easily at the back of the device. There is a constant need to wipe your fingerprints off the phone at all times, including the shiny plastic on either side. Opening the battery cover was a task in the first instance giving you a feeling that you might just drop the phone. Ergonomically too, we faced a couple of issues. The right side houses the power/lock button which wasn't that easy to press every time. You also have the volume rocker located on this side which is again a bit inconvenient to use in the sense that you don't quite get the button-press feeling. Also your index fingers can't help but find the camera lens at the rear while doing so, thereby leaving it imprinted with smudges.

The left side is completely clean with no buttons whatsoever. On the top you have the headphones jack, an HDMI out and a micro USB port. Overall, the phone is slick in its design and pretty compact to carry around.

The device sports a 3.7-inch TFT LCD display on gorilla glass, supporting a resolution of 854x480 pixels making the images look sharp and crisp. The display quality is pretty neat and the colours appear quite rich. The 16:9 aspect ratio ensures that images and videos cover up the entire display without the interference of the black bars at the top and bottom. The screen size is perfect enough for a normal pair of hands.

One disadvantage however is the fact that the screen is too reflective of objects in the background, which is quite distracting. Though videos ran smoothly, the reflective glass is a bit disappointing since it almost acts as a mirror and you end up seeing more of yourself. But what is most annoying is the automatic brightness control system that cannot be disabled. The minimum brightness levels are adjusted automatically. So, if the image is dark, the device lowers the brightness and for a lighter colour image, it increases the brightness. As a result, images appear either too dark or too light.

However, games like Angry Birds and Fruit Ninja ran quite smoothly and appeared rich and vibrant in terms of the colours and do more than just adding to the visual pleasure.

The device has a 5MP camera as opposed to the Sony Ericsson Xperia Neo which boasted of an 8MP camera, but what remains unchanged is the auto-focus, LED flash and 720p video recording. There's a 0.3 MP front-facing camera for video chatting. The phone has a dedicated shutter button on the right side which isn't common these days.

You don't have to be quite a nerd to figure out the camera software. The functions are pretty basic and simple. These include Self-timer, Multiple Scene Modes, Smile Detection, Touch Capture, a Flash menu, Multiple Resolution modes, Sweep Panorama and 3D Sweep Panorama. This last feature is of use only if you own a 3D TV. The image quality was decent enough, though being a Sony Ericsson you'd expect more. The pictures do tend to appear a bit smudged. Colours were fine overall. The lens however is unable to focus on images that are too close. Videos in 720p were quite smooth and the auto-focus works well here.

The Xperia Neo V runs on Android's Gingerbread and is very quick and responsive. Sony Ericsson's custom skin is definitely one of the most chic in the Android fraternity especially when compared to Samsung, Motorola or LG. There are 5 customisable home screens on the device. You have the Timescape UI which gives you individual information in the form of cards and it appears quite stylish. It includes various categories such as All (this compiles information of all other separate categories into one), Twitter and Facebook feeds, Messages and Missed calls. Some other interesting features include the ability to take screenshots while pressing and holding the power button and selecting the screenshot option. In case you have too many apps or icons on the home screen, you can organize them in folders. Just drag and drop the icons on one another and the screen prompts you for a folder name.

Speaking of memory, the device has an internal memory of 320MB; a micro SD card slot inclusive of a 2GB memory card which is expandable up to 32GB.

The Xperia Neo V comes with standard pre-installed Google apps such as Gmail, YouTube, Google Maps and of course the Android Market as well. Though currently running on Gingerbread (Android 2.3.4), an Ice-Cream Sandwich update is very much on the cards. There are quite a few apps that won't be of much use to the user, but they can be uninstalled.

You also have TrackID that identifies a song that's playing around you which eliminates the need to download apps like Soundhound. There's also the 'Facebook Inside Xperia' function that syncs all your Facebook information such as contact details and birthdays of your friends with your phone.

The battery life of the device is exceptionally good. It has a 1500 mAh Li-Po battery. With our daily usage which consisted of browsing the web, using various apps and watching a couple of videos, the battery lasted an entire day on a single charge.

What impressed us most was the signal and call quality of the device. While travelling underground in the metro, the signal was clear throughout the way barring just a few places, which was highly satisfactory.

The audio quality of the phone is very good indeed, both with headphones and on the loudspeaker. One can make use of the xLOUD setting and further enhance the volume. The music player displays a large view of the album art and also adjusts the background colour according to the album art which looks pretty cool. There's also an in-built FM radio that has a very simple interface and needless to say, works quite well. Coming to video playback, the screen size is the first thing that hits you. There is no dedicated video player and you need to play your videos via the Gallery App which only supports the MP4 format. Even if you install third party apps for viewing in other formats, you're still restricted to the 720p resolution, since that is the maximum resolution available on the device. The 16:9 aspect ratio brings some respite since you can view videos without the black bars interfering.

Having gone through the device, for a price point of Rs. 17,750, the Xperia Neo V is definitely worth your money. The best part is that the company has promised an Ice-Cream Sandwich update for all its phones which keeps it ahead in the Android league of under Rs. 20,000. The Google Nexus S and the Samsung Galaxy S would have completely crushed the Neo V but since they seem ancient already, the device easily takes the cake in its category.

However, if you can extend your budget by a grand or two here and there, you might get your hands on the LG Optimus 2X or the Samsung Galaxy R. But if you're pockets are tight, then the Sony Ericsson Xperia Neo V is more than just a satisfactory purchase.