Redmi Note 8 Pro offers a powerful new processor, 64-megapixel camera, and Alexa integration in order to stay ahead of the competition. 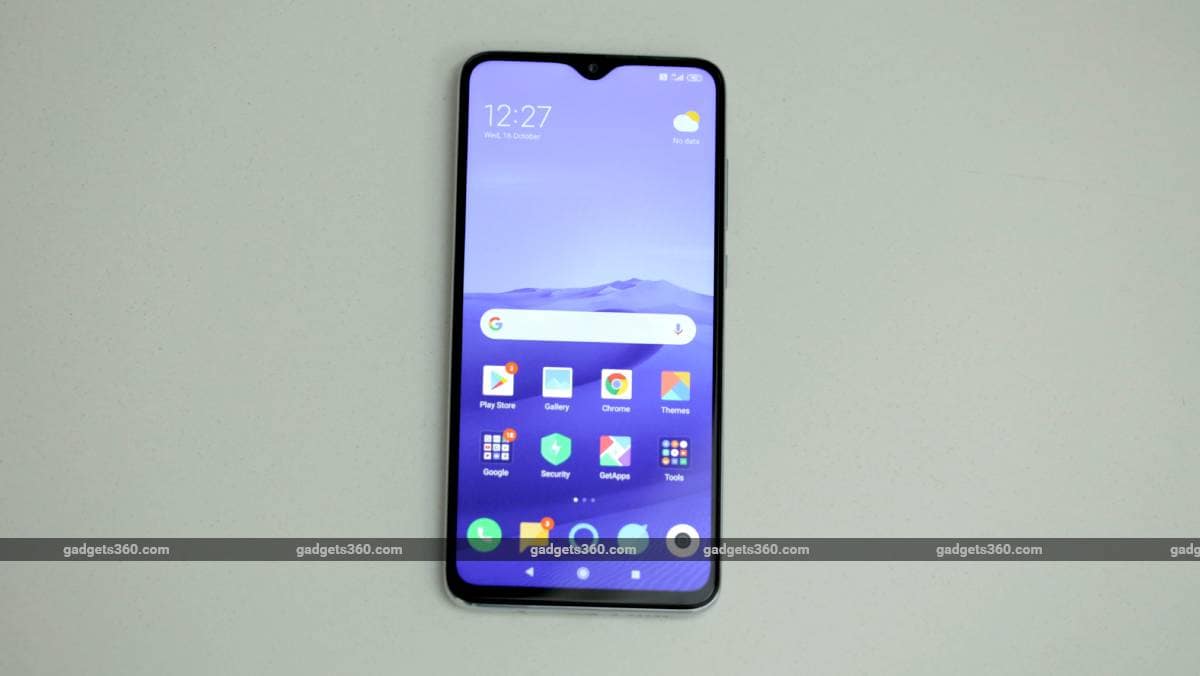 Redmi Note 8 Pro has been launched in India starting at a price of Rs. 14,999

Xiaomi is one of India's most prolific smartphone manufacturers, and by now we should be used to rapid refresh cycles. The Redmi Note 8 Pro replaces the Redmi Note 7 Pro (Review), which was launched in early March this year. As usual, the company is iterating to stay ahead of competition from the likes of Realme, Lenovo, Samsung, Nokia, and others. The big update with the Redmi Note 8 Pro is a 64-megapixel primary rear camera but there's a less visible change too – the new MediaTek Helio G90T processor which was introduced as a chip designed especially for gaming smartphones. Read on for our first impressions of the Xiaomi Redmi Note 8 Pro.

Physically, the Redmi Note 8 Pro feels like a big, heavy phone. It weighs a hair under 200g and is 8.79mm thick, which some people might find to be too much to handle. Not everyone will like the shiny chrome frame that runs around the sides of the body, and we found it a little too reflective and distracting at first. The screen has relatively narrow borders, but unfortunately there's no getting rid of the waterdrop notch at this price level just yet.

The 6.53-inch full-HD+ screen of the Xiaomi Redmi Note 8 Pro looks bright and crisp. There's Corning Gorilla Glass 5 on the front as well as rear of this phone for protection against physical damage, and a reading mode certified by TUV Rheinland for blue light reduction.

The Halo White Redmi Note 8 Pro unit we were able to spend time with had an iridescent effect, much like what we've seen on the Samsung Galaxy Note 10+ (Review) and a few other recently launched mid-range devices. The cameras are arranged in two vertical strips; one large one centred to the phone's rear and another small one to its right. The main strip does protrude a bit, and serves to stabilise this phone when it's lying flat on a table. However, it does get in the way while holding this phone in landscape to play games.

The fingerprint sensor is at the bottom of the main strip. It's smaller than usual, but very easy to reach since the strip is raised. We'll see what this is like to live with in our full Redmi Note 8 Pro review. Xiaomi has said that having fewer cutouts gives the glass more structural strength, which is a good thing.

There are two small trays on the left for two Nano-SIMs and a microSD card. Interestingly, the Chinese version of the Redmi Note 8 Pro launched earlier doesn't have a microSD slot; this was added specifically for India. As is common for Xiaomi phones, there's an Infrared emitter on the top for controlling appliances. We also noted a tiny notifications LED to the right of the selfie camera. The rest of this phone's design is all pretty standard - the buttons are on the right, and the USB Type-C port, 3.5mm audio socket and speaker are on the bottom.

Xiaomi knows that the Indian market is very conscious about specifications, and so the choice of the MediaTek G90T processor is interesting. MediaTek has claimed that the G90T can outperform Qualcomm's Snapdragon 730 and 730G processors in some specific benchmark scenarios. Given the massive and growing popularity of PUBG Mobile and competitive gaming in general in India, we can expect that a lot of buyers will be very interested in what the Redmi Note 8 Pro has to offer at its price.

Coming to the 64-megapixel f/1.89 primary rear camera, we can't really say anything about photo quality yet, but rest assured that a full Redmi Note 8 Pro review is on its way, in which we will dive into the nitty-gritties of how well this sensor works in all kinds of situations and conditions. Even though you will be capturing 16-megapixel binned photos the vast majority of the time, having such a high resolution should definitely help to improve quality. This is a big number that is also sure to impress buyers and keep Xiaomi at par with its prime competitor, Realme.

The secondary camera on this phone has a 120-degree wide-angle lens and 8-megapixel f/2.2 sensor which seems like it might not be useful in all conditions. Then there's also a standard 2-megapixel depth sensor, and most unique, a 2-megapixel dedicated macro camera. We've seen such an implementation before, on the Realme 5 Pro (Review), and found that it was somewhat of a novelty. Still, it does allow the Redmi Note 8 Pro to match its competition.

On the front, the Xiaomi Redmi Note 8 Pro has a 20-megapixel f/2 camera with AI beautification and a portrait mode. Video recording goes up to 4K 30fps or 1080p 60fps with the main rear camera, and you can also get up to 960fps at 720p for super-slow-motion clips.

Other noteworthy Redmi Note 8 Pro specifications include a 4500mAh battery, 18W fast charging support, dual-band Wi-Fi 802.11ac with a specially designed antenna, and Bluetooth 5. Xiaomi has launched this phone in India in Halo White, Gamma Green, and Shadow Black. Amazon's Alexa assistant is also integrated, which is a first for Xiaomi.

The device we used was running MIUI 10.4.2 on top of Android 9, unfortunately not MIUI 11 which was also shown off at the same launch event, though we can expect an update by the end of this year.

Check out our full review of the Xiaomi Redmi Note 8 Pro, coming up very soon, in which we'll test this phone's gaming performance and cameras, as well as general usability, battery life, screen, construction quality, and much more.

Google Stadia Launch Date Set for November 19, Company Reveals at Made by Google Event
Google Pixel 4, Pixel XL Do Not Include Earphones or 3.5mm Adapter in the Box