Redmi isn’t too late to the 5G game, but the competition’s already done with its first wave of launches leaving the Note 10T in an unclear position. 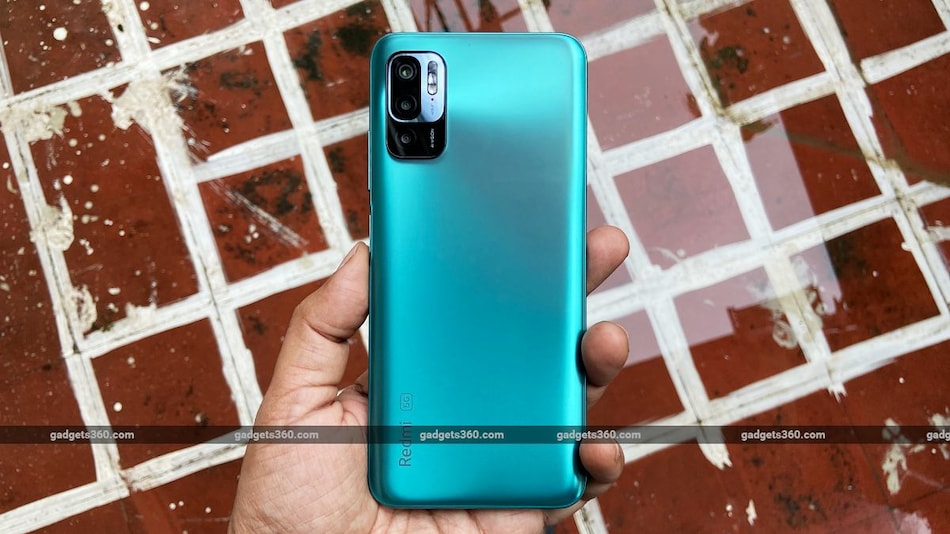 When you think of Redmi smartphones, you expect them to pack in every feature under the sun, at affordable prices. So far, Xiaomi has done a good job of this with the Redmi Note 10 series, offering immense value compared to the competition. With 5G still in the testing phase in India, it isn't clear when next-generation networks will go live, so there is a bit of uncertainty when it comes to investing in a 5G smartphone, especially in the budget segment since cutbacks have to be made in other areas. Xiaomi has followed that logic, while nearly all other brands have promoted 5G even if that meant reducing some features… until now. That's because Xiaomi has launched its version of an affordable 5G smartphone, and it's called the Redmi Note 10T 5G.

The Redmi Note 10T 5G is known as the Redmi Note 10 5G in China, where it was announced in May this year. Xiaomi seems to have delayed the launch of this variant in India till after the rest of the Note 10 series. Now that it's finally here, there seems to be nothing special about it.

Xiaomi's Redmi Note 10T 5G is priced at Rs 13,999 in India for the 4GB RAM and 64GB storage variant. There is a 6GB RAM and 128GB storage variant as well, which is priced at Rs 15,999. The pricing isn't special, given that both variants are priced at par with the Poco M3 Pro 5G and Realme Narzo 30 5G (which is available only with 6GB of RAM and 128GB of storage for Rs 15,999). Buyers can choose between four finishes – Chromium White, Graphite Black, Metallic Blue, and Mint Green. I had the phone in Mint Green.

The Redmi Note 10T 5G has a relatively slim body and weighs 193g. Its design isn't as attention-grabbing as those of the Narzo 30 5G or the Poco M3 Pro 5G, but Xiaomi's subtle approach, with a matte-finished back, does look and feel quite premium. What dampens this impression is how smudged the plastic back gets within two minutes of picking this phone up. Thankfully, the Gorilla Glass 3 panel on the front is quite the opposite.

The Redmi Note 10T 5G has a 6.5-inch full HD+ display with a 90Hz adaptive refresh rate, which should make gamers happy. Xiaomi says it can alter its refresh rate between 30, 50, 60, and 90Hz to optimise battery life. The display features a hole-punch cutout for the camera, but it's not as small as the ones on the other Redmi Note 10 series smartphones. Unfortunately, it's not a Super AMOLED panel like with the rest of the Redmi Note 10 lineup, so the Always-on-Display feature gets the boot.

Also missing are stereo speakers, which are available even on the lower priced Redmi Note 10. There's a single speaker at the bottom, while the space at the top is used by an IR emitter and the secondary mic. The 3.5mm headphones jack is also at the top. The fingerprint reader, like on the rest of the Redmi Note 10 lineup, does double duty as the power button. The phone offers dual 5G standby but uses a hybrid dual-SIM slot. You can either insert two Nano-SIMs or go with one SIM and a microSD card for storage expansion.

The design of the rear camera module reminded me of the rest of Redmi Note 10 series, but it does not protrude as much. This phone has a triple camera setup with a 48-megapixel primary camera, a 2-megapixel macro camera, and a 2-megapixel depth sensor. You don't get the 8-megapixel ultra-wide-angle camera that the less expensive Redmi Note 10 (Review) has. Selfie duties are handled by an 8-megapixel camera which is also weaker on paper than the 13-megapixel one on its lower-priced sibling.

The Redmi Note 10T 5G packs in a 5,000mAh battery and comes with a 22.5W charger in the box. However, charging is limited to 18W as opposed to 33W on other models in this series. The phone runs Xiaomi's MIUI 12, which is based on Android 11.

With pricing and features that are identical to those of the Poco M3 Pro 5G (Review) and the Realme Narzo 30 5G (Review), there is no single feature that stands out to separate the Redmi Note 10T 5G from the competition. It will all come down to the software, battery life, camera performance, and overall usage experience, which we will explore in our full review.

To complicate matters, Xiaomi's own lineup of 4G Redmi Note smartphones offers better features. So, if you have already invested in a 4G Redmi Note 10 device, don't fret, as the only upgrade with this 5G Redmi is its Dimensity 700 processor and of course, 5G compatibility.

We will be putting Redmi Note 10T 5G through its paces, which should help us determine whether it's a worthy 5G budget smartphone for those who are looking out for one. So, stay tuned to our full review, which should be out soon.

Amazon Is Looking for a Digital Currency Lead, But Bitcoin Payments for Orders Still a Distant Possibility
Samsung Galaxy A80 Getting July 2021 Android Security Patch: Report