Yet another budget Redmi smartphone vying for your attention 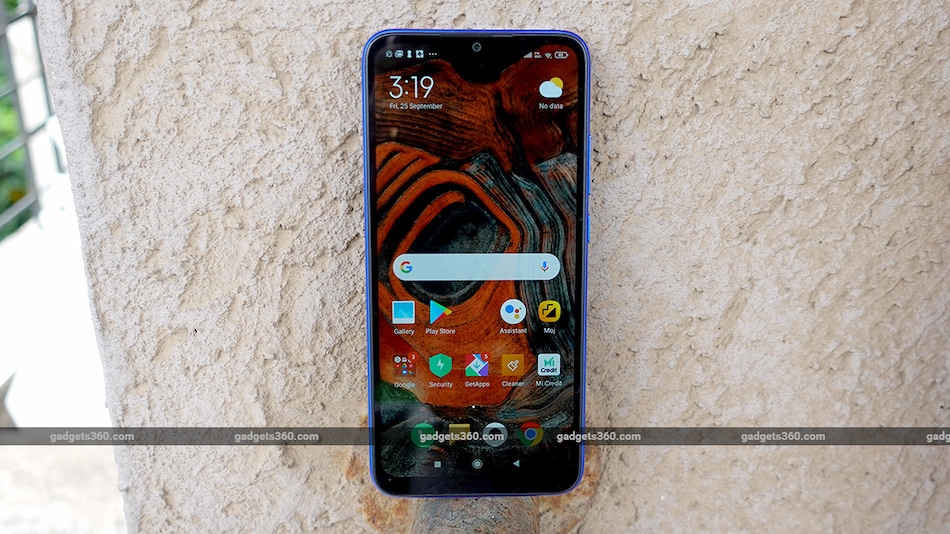 There's been a sudden surge of budget phone launches in the past few months; the Redmi 9 from Xiaomi being one of them. This recent offering is priced under Rs. 10,000 and is the successor to the Redmi 8 (Review). The Redmi 9 sold in India shouldn't be confused with the global model of the same name, which is sold as the Redmi 9 Prime (Review) over here. The Indian version of the Redmi 9 is actually a tweaked Redmi 9C.

With a starting price of Rs. 8,999, which is the variant I'll be reviewing today, it's time to see if the Redmi 9 is a better pick than other recent launches such as the Realme C12 and Narzo 20A.

The Redmi 9 is fairly tall and wide, which is something I immediately noticed when trying to use it with one hand. Thankfully, it doesn't feel too thick or heavy even though it measures around 9mm and weighs 194g. The power button is easy to reach but the volume buttons require a bit of hand shuffling as they're placed above the power button, on the right side. The triple-slot SIM tray is on the left, there's a headphone jack on the top, and the Micro-USB port and speaker are on the bottom. It's surprising to see Xiaomi go back to a Micro-USB port here, considering this phone's predecessor had a USB Type-C port.

The Redmi 9 has a simple yet pleasing design

A single plastic mould forms the side frame and back panel, which lends the Redmi 9 a nice unibody feel. The quality of plastics used is good, and the phone feels very sturdy. The Redmi 9 has a square-shaped camera module on the back, which seems to be a recent trend that many Android OEMs are adopting. The textured back surface feels grippy and doesn't attract fingerprints. There's a circular indent for the fingerprint sensor, which is a little smaller than usual but worked well in my experience. There's face recognition too, which wasn't very quick.

The Redmi 9 has a 6.53-inch IPS HD+ display with a 720x1600-pixel resolution. I found the viewing angles and colours to be pretty good; certainly better than those of the Realme C12 and C15, which I recently tested. The brightness was also adequate although it could have been a bit higher. Being a budget phone, there's no high refresh rate or any such frills. There's a dewdrop notch on the top, and noticeably thick bezels all around.

In the box, the Redmi 9 is accompanied by a 10W charger, data cable, SIM eject tool, and user guide. You don't get any protective case or headset.

The Redmi 9 is powered by the MediaTek Helio G35 SoC, the same one used by the Realme C12 and C15. There are two variants of the Redmi 9, both with 4GB of LPDDR4X RAM. You can choose between 64GB and 128GB of storage for Rs. 8,999 and Rs. 9,999 respectively. The flash storage type used here is eMMC 5.1. The phone also has Wi-Fi n, Bluetooth 5 and FM radio. The latter still requires a headset in order to work, but one is not bundled with the phone. The Redmi 8 had wireless FM radio, which worked without needing a headset.

Performance is decent, keeping in mind the budget nature of this phone. The Redmi 9 runs on MIUI 12, which is based on Android 10. There's some noticeable stutter in the animations and there was some delay in opening apps or system menus at times, right from the get go. It's similar to the experience I had with the Realme C15, which had the same SoC and amount of RAM. However, benchmark scores were consistently lower than what Realme's offerings managed to churn out. The AnTuTu score was 98,084 points, while GFXBench returned only around 30fps in the T-Rex test suite.

The Redmi 9 doesn't offer the smoothest Android experience, but it's not terrible either

Gaming performance was a little weak, except for simple titles which did okay. Games such as Grand Mountain ran well but heavier ones like Asphalt 9: Legends struggled to run at a smooth framerate. Videos looked alright on the phone's display and the bottom-firing speaker got quite loud.

MIUI 12 looks nice and is just as functional as the previous version. However, the stock apps are still riddled with ads, and every now and then, these tend to spam the notification shade with unsolicited alerts. There are also a bunch of preinstalled apps which clog up the home screen, but thankfully, most of them can be uninstalled.

The Redmi 9 delivered a more than satisfactory battery life in my experience. I was easily able to go about a day and half or even longer in some cases, on a single charge of the 5,000mAh battery. In our HD video loop test, the Redmi 9 ran for 18 hours and 44 minutes, which is a very good time. However, charging this large battery takes a while. Even after an hour with the bundled 10W charger, the Redmi 9's battery only got up to 40 percent. This phone doesn't support fast charging, which is a little disappointing.

The Redmi 9 has two cameras at the back

In terms of optics, the Redmi 9 has a fairly modest setup. You get a 5-megapixel selfie camera, and a 13-megapixel primary rear camera, along with a 2-megapixel depth sensor. The camera app offers the basic shooting modes, plus a Pro mode for what it's worth.

Image quality is fairly average when shooting in daylight. HDR is handled well but finer textures in landscape shots tend to look grainy when you zoom in. Close-ups fared a bit better but exposure wasn't always up to the mark. The autofocus speed was decent but not great. Portrait mode worked fairly well, even for objects.

The Redmi 9 really struggled in low light. It took a while to lock focus even with close-up subjects. Details were generally weak when shooting at night. The camera AI tries to boost the exposure but there's no dedicated Night mode to use.

The Redmi 9 can produce usable selfies during the day but struggled to deliver good enough results in low light.

Video quality was also strictly average when shooting in daytime. You can capture up to 1080p footage, and it is not stabilised. There's quite a bit of focus hunting when shooting videos, and as expected, the quality is very poor in low light.

Verdict: Should you buy the Redmi 9?

The Redmi 9 competes with many budget phones at its starting price of Rs. 8,999, but it's a bit of a hard sell when you have phones such as the Realme Narzo 10A (Review) which offer better hardware for roughly the same amount of money. The 128GB storage version of the Redmi 9 is an even tougher sell at Rs. 9,999, since it will compete with the Redmi 9 Prime (Review) which offers vastly superior performance and specifications at the same price.

I don't think the Redmi 9 has any singular standout feature which it can lean on to differentiate itself and command a premium. It would have been a decent option at a lower price, but considering recent price rises across the industry and the cutbacks that Xiaomi has made even when compared to the Redmi 8, I think you'd be better off with other alternatives.