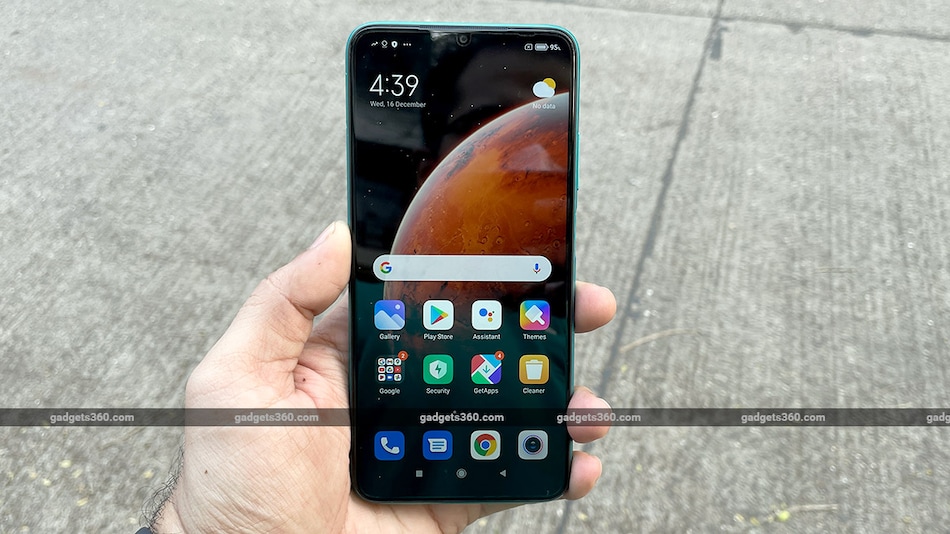 The ongoing pandemic has increased our reliance on electronic devices, to the point that it is now safe to say that our smartphones are the gateway to the outside world. The one thing that's more important than ever is battery life. A dead smartphone is as useless as a mask on the chin. Now, Xiaomi has brought in the Redmi 9 Power. This new smartphone packs in a 6,000mAh battery, one of the biggest in a Redmi smartphone. So how well does the Redmi 9 Power fare? Here's my review.

Smartphones with big batteries are usually heavy and bulky, so that is one compromise you should be willing to make. Xiaomi has tried to make this less of a compromise and more of an adjustment by keeping the weight of the Redmi 9 Power in check. The phone tips the scales at 198g; lighter than even the Redmi 9 Pro (Review), which weighs 209g despite having a smaller battery.

The Redmi 9 Power has a somewhat new design, and the back panel looks very different from the other smartphones in the Redmi 9 series. You have a big Redmi logo plastered on one side, and the entire rear has a textured finish which makes it resistant to fingerprints. Xiaomi has gone with some flashy colours on the Redmi 9 Power: you get Blazing Blue, Electric Green and Fiery Red. If you don't like these you could go for the more subtle Mighty Black colour option. I had an Electric Green unit, which didn't go unnoticed by people around me.

The textured back makes the Redmi 9 Power resistant to fingerprints

Sticking to the current trend, Redmi offers a quad-camera setup in a rectangular module that protrudes very slightly from the back panel. The plastic body of the Redmi 9 Power is curved on the sides and flat at the top and bottom.

Interestingly, there is a top-firing speaker on the Redmi 9 Power, offering you stereo sound. At the top, the Redmi 9 Power also houses a 3.5mm headphone jack and an IR emitter. At the bottom, it has a USB Type-C port, the primary speaker, and the primary microphone, while the SIM tray is on the left. The power and volume buttons are on the right, and the power button has an integrated fingerprint scanner. I found these buttons to be well-positioned, and did not have to stretch too much to hit them. The display has a dewdrop notch for the selfie camera.

Xiaomi bundles a case in the box, and you get a 22.5W charger. Interestingly, the phone is capped to 18W for charging and the supplied charger actually exceeds its requirement.

You get the new MIUI 12 on the Redmi 9 Power, but it still has bloatware preinstalled

In terms of software, the Redmi 9 Power runs MIUI 12 on top of Android 10. It had the November Android Security patch which is acceptable. I noticed that the phone recommends installing a lot of apps while setting it up. Even after skipping the suggestions, I found a fair amount of bloatware preinstalled on the Redmi 9 Power including Osom Rummy, Moj, Dream 11, Netflix, Amazon, Facebook, WPS Office, Linkedin, and a few more games. GetApps, which seems to be a Play Store alternative, shows even more app suggestions on the home screen. It also sends push notifications every once in a while, which can get a little annoying, and I saw some notifications from the Themes app too.

All the new changes in MIUI 12 are available on the Redmi 9 Power. You can swipe down from the right side of the screen to quickly access the quick toggles, and from the left to see notifications. This isn't enabled by default. Other features such as Game Turbo and Ultra Battery Saver are also present on the Redmi 9 Power.

The Redmi 9 Power ran quite well, giving me no reason to complain in terms of performance. It could load apps fairly quickly and multitasking wasn't an issue with the 4GB of RAM it has onboard. I found the fingerprint scanner to be quick to unlock the device, never needing more than one attempt. You also get face recognition which is easy to set up and quick.

I enjoyed watching videos on the Redmi 9 Power as the stereo speakers enhanced the experience. There is support for Widevine L1, so you will be able to stream HD content on the Redmi 9 Power without any issues. While watching content indoors was engaging, I found the display brightness to be on the lower side when outdoors.

The side-mounted fingerprint scanner is well positioned and is quick

I ran benchmarks on the Redmi 9 Power to see how it fares. In AnTuTu, it managed 180,054 points, and in PCMark Work 2.0 it managed 5,768. It also scored 317 and 1323 points in Geekbench 5's single-core and multi-core tests. It could average 32fps in GFXBench's T-Rex test. These scores are very similar to those of the Moto G9, with the Moto showing an advantage in graphics benchmarks because of its lower-resolution HD+ display. The Redmi 9 Power trails behind the Redmi 9 Prime (Review) when it comes to CPU performance though.

Call of Duty Mobile ran fine on the Redmi 9 Power, but it does take some time to load. This phone could run the game at Medium graphics quality and Medium frame rate. It was playable at these settings, but the phone did get warm after playing for just five minutes. After playing Call of Duty Mobile for around 20 minutes, I noticed a 5 percent drop in battery life.

The Redmi 9 Power has a quad-camera setup

With a bigger battery, you get to stay away from the charger for longer. You should be able to get a little more than a day and a half worth of battery life. You can extend this using the Ultra Battery Saver mode. In our HD video loop test, the Redmi 9 Power managed to go on for 17 hours and 39 minutes which is a pretty good score. Charging time is acceptable given the big battery capacity and 18W fast charging support. The Redmi 9 Power got to 28 percent in 30 minutes and 44 percent in an hour. Charging the smartphone completely takes over two hours.

Xiaomi has packed in a quad-camera setup on the Redmi 9 Power. You get a 48-megapixel primary camera, an 8-megapixel ultra-wide-angle camera, a 2-megapixel macro camera, and a 2-megapixel depth sensor. Xiaomi's camera app is still the same and the settings are easy to find. There are quick toggles for HDR and AI, among other things. Xiaomi has still kept the Macro camera button in a different sub-menu, which isn't very easy to notice, rather than allowing it to be selected as a shooting mode.

Daylight photos taken with the Redmi 9 Power were decent, and subjects nearby had good details. The dynamic range was acceptable for a smartphone at this price point. The wide-angle camera captured a significantly wider field of view, but it did not reproduce details as well as the primary camera. There was noticeable distortion at the edges too.

Close-up shots were average, and the main camera can struggle occasionally to lock focus. Once it does, though, you get a nice depth effect in the background. The macro camera lets you get close to a subject. It does manage sharp shots at close range but like most other smartphones at this price level, the output is restricted to 2 megapixels. Portrait shots had good edge detection, and the Redmi 9 Power does let you simulate the aperture before taking the shot.

Low-light shots were below average and the Redmi 9 Power failed to capture details in the shadows. You do get a dedicated night mode, which takes about 4-5 seconds to take a shot. The output had better detail and also looked brighter compared to shots taken in the default photo mode.

Selfies taken with the Redmi 9 Power in daylight were decent, and portrait selfies had decent edge detection. Low-light selfies were average and I could see grain in the output on zooming in.

Video recording tops out at 1080p for the primary as well as the selfie shooter, but the Redmi 9 Power does not have video stabilisation. Daylight, as well as low-light footage looked average, and the lack of stabilisation could make it hard to capture usable shots while moving.

The Redmi 9 Power does two things differently. It has stereo speakers, which enhance video and gaming on the device, and the big battery gives it a push in the right direction when it comes to battery life. Apart from this, it still feels like a typical Redmi smartphone, delivering the same software experience. Camera performance is acceptable for the price, but isn't great. If you find yourself in the market looking for a smartphone mainly for media consumption, the Redmi 9 Power makes a strong case. Other suitable alternatives would be the Moto G9 (Review) and the Redmi 9 Prime (Review).