Is the first 5G phone in India worth the hype? 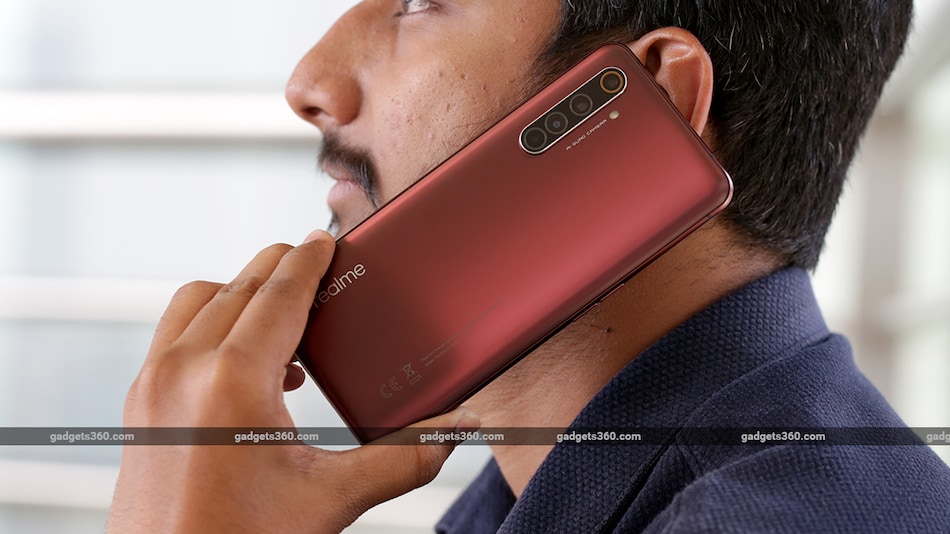 Realme is off to an aggressive start in 2020. After the recent launch of the Realme C3 (Review) in the budget space, the company is now setting its sights on the premium tier with the new X50 Pro. This phone was all set to debut at the Mobile World Congress trade show but now that it has been cancelled, Realme decided to debut the phone in India.

The Realme X50 Pro 5G is the company's most premium (and most expensive) offering yet, as it's also the first Snapdragon 865-based smartphone to launch here. Think of this phone as a beefed-up Realme X2 Pro (Review). Compared to it, the X50 Pro offers the latest 5G capabilities, a bigger battery, faster charging, dual front cameras, and new software. We've haven't spent enough time with the phone yet to be able to write a full review but we can share our initial thoughts, so here goes.

Realme hasn't gone too crazy with design and the X50 Pro 5G has a familiar look with some subtle improvements. The most noticeable is the hole-punch display that you get on the X50 Pro 5G, which looks modern and in line with other premium phones on the market. It's a dual hole-punch, similar to what we saw on the Samsung Galaxy S10+ (Review), but in the upper left corner of the display. We haven't found it to be too intrusive yet when watching videos or playing games. The display also curves at the sides, so swipe gestures aren't obtrusive against your skin.

The phone feels very well built and sturdy. There's Gorilla Glass 5 on the front and back. The 6.44-inch AMOLED panel is bright, and the full-HD+ resolution keeps everything looking sharp. It also has a 90Hz refresh rate, just like on the Realme X2 Pro.

Realme has gone with subdued body colours for the X50 Pro 5G. The ‘Moss Green' and ‘Rust Red' shades have low saturation, which according to Realme, is now popular among young people. The gleaming effect of light refracting off the glass back has also been suppressed thanks to the matte texture. We quite like the look of this finish, and fingerprints weren't really an issue. However, the back of this phone is extremely slippery.

The Realme X50 Pro 5G doesn't have a headphone socket or a slot for a microSD card. It can accommodate two Nano-SIM cards. You get stereo speakers with Dolby Atmos audio, and the usual power and volume buttons. The camera bump on the back of the phone is also slimmer compared to what we've seen before on Realme phones, but that's probably because the overall thickness has increased. Measuring 8.9mm in thickness, the X50 Pro 5G feels chunky in the hand and is fairly heavy too at 205g.

The main attraction here is of course the Qualcomm Snapdragon 865 processor. This is something we're going to be seeing in a lot of flagship Android phones this year, and the big draw here is that it supports all kinds of 5G networks. We'll probably not find much use for this in India, at least in the short term, but it does make the X50 Pro 5G a little future-proof. Plus, if you do travel to countries with 5G networks, you should be able to take advantage of higher speeds there.

Realme says it has also used a vapour cooling system in the X50 Pro 5G to keep the processor cool. So far, we haven't detected any issue with heating, but then again, we haven't really pushed this phone too much yet so do check back on our findings in the full review.

Performance seems pretty solid so far. We haven't found any issues with lag in the interface or while multitasking. Benchmark numbers look promising too. The X50 Pro returned 5,69,618 in AnTuTu and 7,202 in 3DMark's SlingShot Extreme test. For comparison, the Realme X2 Pro, which had the Snapdragon 855+ SoC, scored 4,84,977 and 5,380 points respectively in the same tests.

You also get Realme UI out-of-the-box, which is based on Android 10. We recently saw this on the Realme C3, and so far, the features look familiar. The X50 Pro 5G also boats of crazy 65W fast charging, which Realme calls SuperDart flash charge. We haven't timed the charging speed yet but Realme claims we should be able to charge the battery fully in just 35 minutes.

The selection of rear cameras is similar to what we saw on the Realme X2 Pro. There's a primary 64-megapixel camera; a 12-megapixel telephoto camera; an 8-megapixel wide-angle camera that also works as a macro camera; and a 2-megapixel, monochrome depth sensor. The front cameras are interesting, as along with a 32-megapixel selfie camera, there's an 8-megapixel wide-angle camera with a 105-degree field of view. The cameras look quite promising so far from the little we've used them, but we'll have full details including sample shots in the full review.

So far, the Realme X50 Pro 5G is shaping up to be exactly what it looks like on paper — a more powerful version of the Realme X2 Pro – and that's not a bad thing. Previous rumours suggested that it would cost around Rs. 50,000, but Realme has surprised everyone with a starting price of just Rs. 37,999. However, even though this is Realme's most expensive model to date, it's still missing some premium features such as wireless charging or water resistance.

We'll be testing the Realme X50 Pro 5G further to bring you our findings regarding its display, battery life, performance, ease of use, and much more in the full review coming soon. It will also be interesting to see how this phone compares to the iQoo 3, which is another premium flagship based on the Snapdragon 865 processor.

Poco X2 Confirmed to Receive Android 11 Update, No Word on the Timeline
Black Shark 3 Gaming Smartphone to Launch on March 3: All You Need to Know