Do we have a Redmi Note 8 killer on our hands? 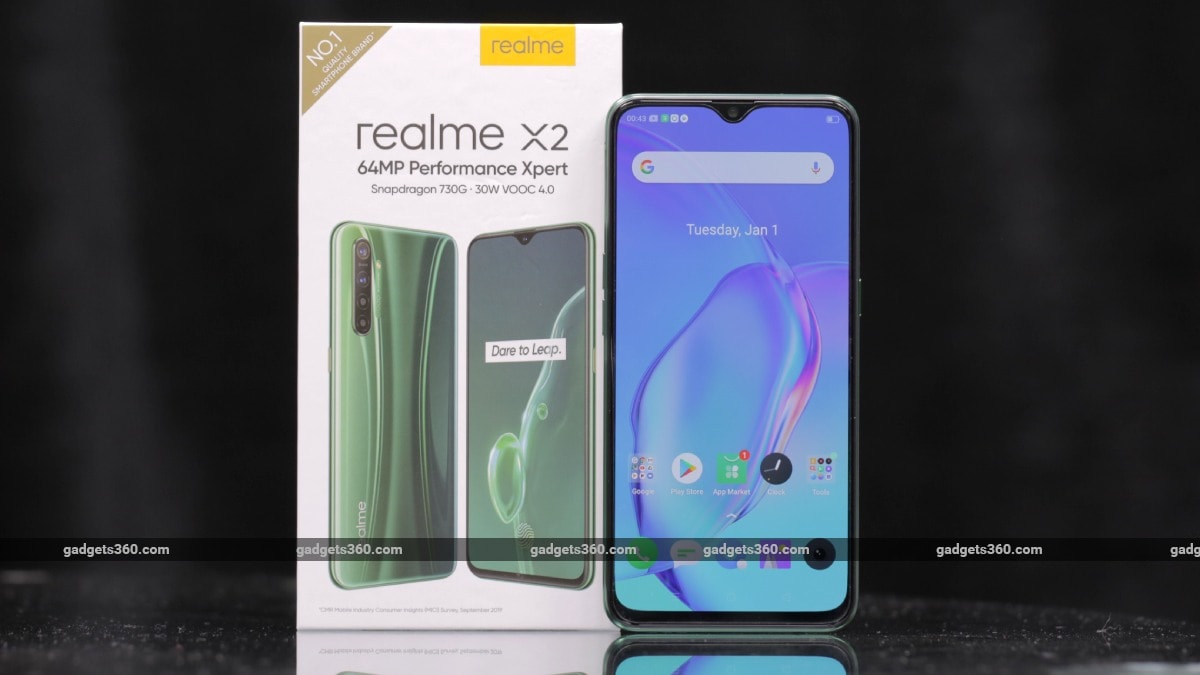 Realme X2 has been launched in India priced starting at Rs. 16,999

Realme has been on a phone launching spree in 2019, and we couldn't be happier. This company is one of the few with enough backing to compete with Xiaomi, and as long as the two keep trying to outdo each other, buyers get better and better products. The brand new Realme X2 seems to be aimed directly at the Redmi Note 8 Pro, priced starting at Rs. 16,999. Its defining features are the Qualcomm Snapdragon 730G processor it uses, and support for extraordinarily fast charging. We managed to spend some time with a pre-release unit of the Realme X2 prior to its launch, and here are our first impressions.

We say this model is a slight upgrade over the Realme XT because while you do get some updated specifications and features ­– namely the processor, primary rear camera, and fast charging – there are also some regressions. The first thing we noticed was that there's a waterdrop notch rather than a pop-up module for the selfie camera. This was one of the headlining features of the Realme X, and really set it apart in the sub-Rs. 20,000 price bracket.

The unit we have with us is the new Pearl Green colour option, which is certainly striking and unique. The rear panel has a glossy polished finish and you'll see streaks of slightly different shades as you tilt and move this phone. The green here is a very rich, deep emerald tone, and is offset by a slightly lighter green on the frame which runs around the sides. The other colour options are Pearl Blue and Pearl White, which are equally shiny.

The back is made of Gorilla Glass 5 and is slightly curved where it meets the sides of the phone, which makes for a comfortable grip. The camera module on the rear sticks out a bit, making this phone somewhat unbalanced when it's lying on its back.

The screen borders, including the chin, are fairly narrow making for an immersive experience. Realme ships this phone with a screen protector already applied, but we don't know what kind of reinforcement the screen glass itself has.

The power button is on the right and the volume buttons are on the left. They're all fairly low, putting them within easy reach when using this phone one-handed. You'll find a USB Type-C port, a 3.5mm audio socket, and a speaker on the bottom. A tray with slots for two Nano-SIMs as well as a microSD card is on the upper left.

Realme X2 has a reflective Gorilla Glass 5 rear, and will be available in three colours

As for specifications, the Snapdragon 730G SoC is a variant of the more common Snapdragon 730 with boosted graphics power. Qualcomm has said that you can expect up to 15 percent better gaming performance from the integrated Adreno 618 GPU, which should definitely appeal to the huge (and growing) mobile gaming audience in India.

Realme has gone with a 6.4-inch Super AMOLED display with a full-HD+ 1080x2340 resolution and integrated fingerprint scanner. The battery capacity is 4000mAh and it can be charged up to 67 percent in 30 minutes, according to Realme. You get a VOOC 4.0 30W charger in the box, which is great. Unsurprisingly, it looks pretty much exactly like sister company OnePlus's powerful chargers.

In our brief experience with this phone, the screen seemed pretty sharp and vivid, with rich, saturated colours and great viewing angles. The ColorOS 6.1 UI was easy enough to get around, and system responsiveness was no issue at all. We'll soon be able to run detailed tests, which will give us a better idea of this phone's everyday performance as well as display quality, battery life, and much more.

Does it seem as though the new Realme X2 will be able to beat the Xiaomi Redmi Note 8 Pro (Review)? Do stay tuned to Gadgets 360, as we'll have all this information and much more in our full review, coming up very soon.