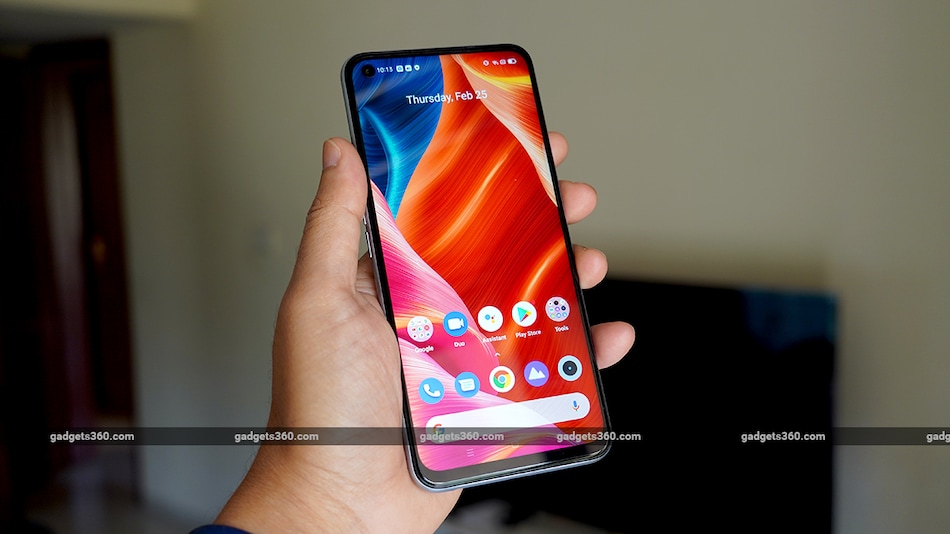 Realme's youth-focused Narzo smartphone series has gotten two new additions, the Narzo 30A and Narzo 30 Pro. The Realme Narzo 30 Pro 5G is the company's and also India's most affordable 5G smartphone yet. Its highlight feature is of course the MediaTek Dimensity 800U SoC, which we just saw in the recently launched Realme X7 5G smartphone.

The Narzo 30 Pro 5G feels like a combination of features and specs from Realme's other smartphones, which means it doesn't really have anything brand new to offer that we haven't seen before. However, the starting price of just Rs. 16,999 does make it a very interesting contender in this segment.

These are my initial impressions of the Realme Narzo 30 Pro 5G since I've only spent about a day with it so far. Whenever I unbox a new Realme smartphone, I now expect to see a unique design on the back panel, which the company usually uses to create an identity for each model. However, you don't get any new pattern with the Narzo 30 Pro 5G; instead, it's either plain silver or black. I do like the matte finish though, which helps maintain a clean look.

The Realme Narzo 30 Pro 5G's camera module looks similar to that of the Realme 7 Pro and the Realme X7 Pro, while the side-mounted fingerprint sensor will remind you of the Realme X3 SuperZoom. The plastic body feels solid and the phone is easy to grip as it's not too wide. It is a bit heavy at 194g, but this weight isn't immediately noticeable. The layout and feedback of the buttons are good. Interestingly, you don't get a triple-slot SIM tray, which has been a regular feature of many Realme phones, but a hybrid one which means you'll be able to use only one SIM if you need a microSD card.

The display is bright and colours look good. It's a 6.5-inch panel with a full-HD+ resolution and a 120Hz refresh rate. The latter is another feature worth highlighting at this price, as up until now, it was only the Poco X3 which offered this. The phone has an ‘Auto' refresh rate setting, which will switch between 120Hz and 60Hz based on the app being used.

The previous model, the Narzo 20 Pro, featured 65W fast charging. However, this has been stripped down to just 30W on the Narzo 30 Pro 5G, while the battery capacity has been bumped up to 5,000mAh. Realme claims that you should still be able to charge the battery to full in a little more than an hour.

Realme has gone with a comparatively modest camera setup on the Narzo 30 Pro 5G. You get a 48-megapixel primary camera, an 8-megapixel ultra-wide camera, and a 2-megapixel macro camera. The front camera has a 16-megapixel sensor for selfies. The camera interface and features are similar to what we've seen on recent Realme phones and I'm expecting photo quality to at least be similar to what we got from the Realme Narzo 20 Pro.

The Realme Narzo 30 Pro 5G does make 5G even more accessible and is a step forward in seeing truly budget-friendly 5G smartphones. On the flip side, with 5G currently being a distant reality in India, should this even be a deciding factor when it comes to buying a phone today? We'll explore all this and more in the full review of the Realme Narzo 30 Pro 5G, coming soon.