Realme Narzo 30 Review: A Worthy Update to the Narzo 20?

Realme’s Narzo 30 offers great hardware given its asking price, but there are better alternatives out there. 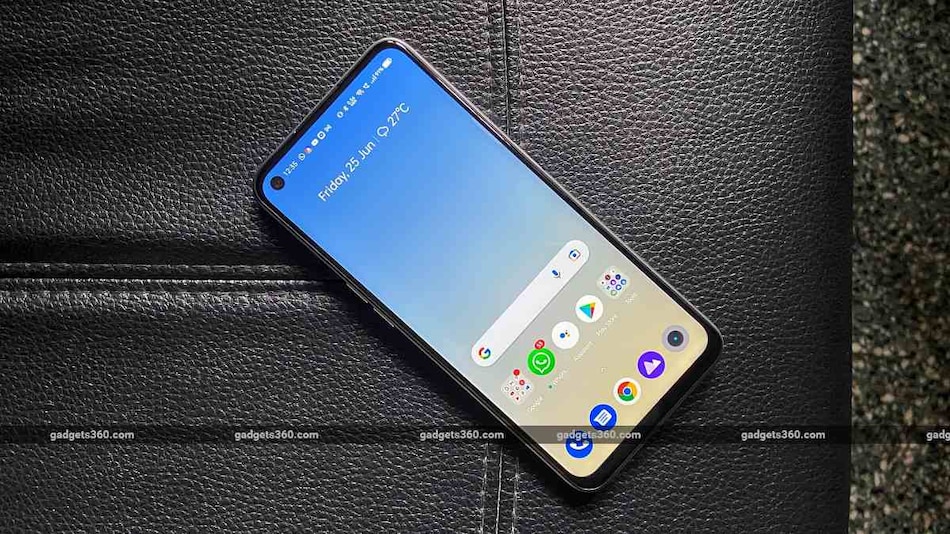 Realme's Narzo 20 was a decent budget smartphone for 2020, with a focus on delivering the basics at an affordable starting price of Rs. 10,499. As we observed in our review, it was bulky and featured a plastic unibody that did not look or feel premium. In terms of performance, it struggled a bit while running games. Now, in 2021, Realme has released a much-needed update. It's priced a bit higher, starting from Rs. 12,499 (4GB RAM + 64GB storage), but offers much more than its predecessor, making it a good budget smartphone that's focused on performance.

However, Realme has also announced the Narzo 30 5G (First Impressions), a different model altogether, which offers 5G connectivity, a better processor, a 90Hz refresh rate display, and a 5,000mAh battery in a slimmer package. It's competitively priced at Rs. 15,999 and offers 6GB RAM along with 128GB of internal storage. So, which Narzo should you go for? Or are there better smartphones out there?

Realme's Narzo 30 is a sharp contrast to the Narzo 20, which looked very basic. This new phone is offered in two finishes: Racing Silver and Racing Blue. We received a Racing Silver unit, and it looks quite premium. Both options have a shimmering off-centre strip passing through the camera module.

The Narzo 30's frame and back panel are made of plastic. The glossy back gathers dust and picks up fingerprints easily. It flexes a bit when pressed down on, even with a little pressure. Still, the overall construction does feel quite good and the plastic does not creak. The phone feels a bit thick at 9.4mm but not too heavy at 192g. The seamless design from the display to the frame and to the back panel lends it a nice hand-feel. It's comfortable to hold, offering a solid grip.

There is a 3.5mm headphone jack at the bottom alongside the Type-C USB port, primary mic, and speaker. The volume buttons are on the left side, while the power button with its embedded fingerprint reader sits on the right.

One of the big changes to the Narzo 30 over the Narzo 20 is its screen. It's still a 6.5-inch LCD panel but now has a 90Hz refresh rate and the resolution has been bumped up from HD+ on the Narzo 20 to full-HD+.

The Realme Narzo 30 uses MediaTek's gaming-oriented Helio G95 processor, which has two high-performance 2.05GHz Cortex-A76 cores and six power-efficient 2.0GHz Cortex-A55 cores. Graphics are handled by an integrated Mali-G76 GPU clocked at 900MHz. The phone has either 4GB or 6GB of LPDDR4x RAM and 64GB or 128GB of UFS 2.1 storage depending on which variant you choose, along with microSD card storage expansion up to 256GB. Connectivity options include dual-band Wi-Fi, Bluetooth 5, and NFC.

The Narzo 30 runs on Realme UI 2.0, which is based on Android 11. The software lets you customise icon shapes, system colours, fonts, and even the shapes of the notifications tray icons. There were a few third-party apps like Amazon, Snapchat, Facebook, and Soloop preinstalled on my review unit, but these did not interfere with my day-to-day use unless I used them. There were also several Realme-branded apps such as DocVault, Community, HeyFun, Realme Link, and Realme store. Some of these could be uninstalled, but not all. Save for the Theme Store, most of them did not throw up any promotional notifications.

The MediaTek Helio G95 processor handled the OS quite well with no lag or stuttering in daily use. Apps opened and closed in an instant, and multi-tasking was not a problem on the 6GB RAM variant that I tested, with most apps remaining in memory for a while. The Narzo 30 fared well even in terms of benchmarks, managing 3,56,846 points in AnTuTu, and 532 and 1,700 in Geekbench's single and multi-core tests respectively.

Gaming on the Narzo 30 was smooth and lag-free, but this phone does heat up when stressed. Call of Duty: Mobile ran smoothly at the default High graphics and frame rate settings. The phone remained cool while playing the game at these default settings but changing the graphics to Very High made it heat up quickly. Asphalt 9: Legends was not available for download. I tried the new Space Marshals 3, which looked stunning on the Narzo 30's screen. With the detail level set to Medium (default) the phone ran quite hot. Switching the setting to Low took care of the heat.

The Realme Narzo 30 charges quickly, going from zero to a 100 percent in little over an hour

The Narzo 30 has a 5,000mAh battery, and it easily lasted me through a day and a half during the review period. My usage included browsing through social media apps, email, Slack, a few photos, an hour of gaming, and an hour of video streaming. The bundled 30W adapter made for quick charging, with the Narzo 30's battery level reaching 55 per cent in 30 minutes, 99 per cent in 60 minutes and a full charge in 1 hour and 10 minutes.

The Realme Narzo 30 features a triple rear camera setup, which includes a 48-megapixel f/1.8 primary camera, a 2-megapixel monochrome camera, and a 2-megapixel macro camera. Selfie duties are handled by a 16-megapixel f/2.1 camera. The camera interface is quite intuitive with important controls located just a tap away. Other options such as setting the timer and selecting the frame are a level deeper in a slide-out tray. One detail to note about the camera setup is that only two cameras out of the three are accessible to the user – the monochrome camera is only activated in Portrait mode to calculate depth.

Photos taken in daylight came out crisp and saturated with good dynamic range and detail in the darker areas of the frame. At 2X digital zoom, this phone also captured decent photos, but with less detail. Photos taken at 3X digital zoom were not usable and looked like oil paintings. The 2-megapixel macro camera captured average photos with passable detail but inaccurate colour. It's fixed-focus, making it incredibly difficult to focus on an object if you have shaky hands.

Photos captured using the Portrait mode with the rear camera came out sharp and clear, with plenty of detail in the day, but average edge detection. The 16-megapixel front-facing camera shot decent selfies, but again with below-average edge-detection in Portrait mode.

In low light, the rear camera struggled to focus when taking regular photos and when using the Portrait mode. The same can be said about landscape photos, which came out quite murky and loaded with noise. Night mode improves the level of detail and brightens up the scene, but with mixed results, and quality is heavily dependent on the light available in the vicinity.

Videos captured in daylight at 1080p looked oversharpened, lacked detail but showed decent stabilisation. Videos at 4K came out looking better, with good detail, but were very shaky as they lacked any stabilisation. In low light, videos recorded at 1080p came out loaded with noise and were mostly unusable. Switching to 4K showed much better detail but there was still plenty of noise.

The decision whether to purchase a Narzo 30 or a Narzo 30 5G boils down to your budget and requirements. This is a smartphone market that's filled with interesting alternatives from other companies as well, and with 5G networks yet to go live, you might choose to prioritise cost savings or other features. If you still desire a future-proof smartphone, then the obvious choice between the two new Narzo 30s is the Narzo 30 5G.

If you are on a tight budget and 5G isn't a priority, then the Realme Narzo 30 (prices starting at Rs 12,499) is a good budget smartphone that offers a great everyday usage experience, mid-level gaming performance, decent photos and videos in daylight, and good battery life. However, Xiaomi's Redmi 10S (Review) offers an additional 8MP ultra-wide-angle camera, a Super AMOLED display, 33W charging, stereo speakers, and an IP53 dust and water resistance rating for only an additional Rs. 500. As a package, the Redmi 10S would make better sense for many people.