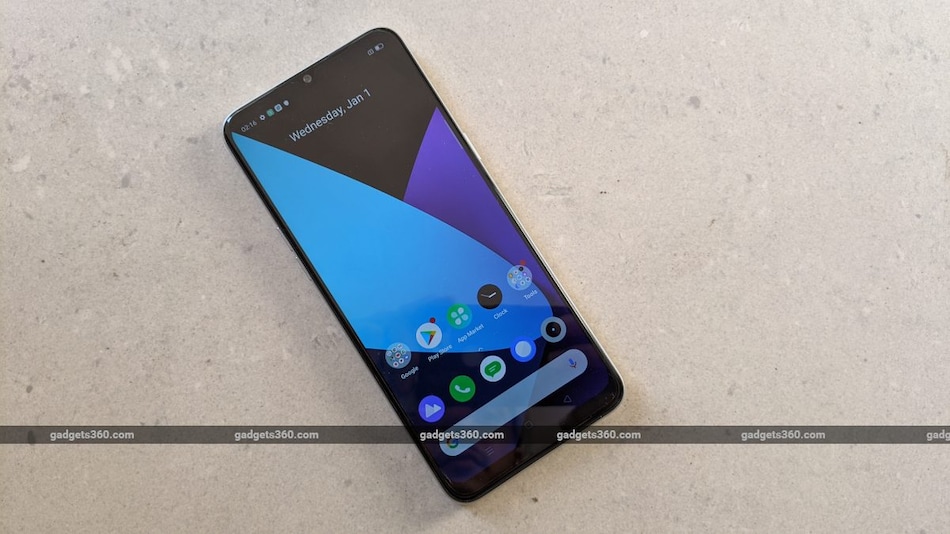 The Narzo 10 series launch has been a long time coming – but now, after multiple delays caused by the national lockdown, we finally have our hands on the Narzo 10 itself. This launch marks Realme's first major attempt to create a sub-brand with a personality in India. The name ‘Narzo' isn't immediately evocative of any specific feature or design element, but the company is hoping that it will resonate with young buyers. According to Realme, Narzo is supposed to convey the unique character of an elite gamer, and we'll see more models launching under this label in the future.

That strategy might help the company, as the is now positioned as a gaming device within a new segment rather than the lower-cost and less powerful sibling of the Realme 6 (Review) and Realme 6 Pro (Review). It effectively replaces the Realme 5s (Review) at the sensitive Rs. 11,999 price point. It's also interesting that the company has chosen to launch only a single configuration – there are already too many models and variants in the market, with overlapping feature sets, and we see this as a good thing.

As for the device itself, Realme has combined some new elements with some old ones. This phone is fairly nondescript when seen from the front – it's tall, with a 6.5-inch 20:9 aspect ratio screen and a relatively thick chin. However, it is rather bulky at 9mm thick and also heavier than average at 199g.

The Realme Narzo 10 is available in two colours, the whimsically named That White and That Green. Our white unit has a matte silver metal frame while the green version will have a matching finish around the sides. There's a pattern of vertical stripes on the rear which you'll notice tend to shift from side to side as you look at the phone from different angles.

This is a relatively sedate look by Realme's standards, and while it doesn't scream out for attention it will be noticed. The design reminds us very much of the Onion and Garlic finishes of the Realme X Master Edition, and it's credited to the same designer, Naoto Fukasawa.

As a very minor complaint, we're underwhelmed to see the same old vertical camera strip on the back of this phone – it's a design that Realme has now used for a huge number of models and it feels tired. We also have a physical fingerprint sensor on the rear, and we found the placement comfortable.

The main appeal of this phone though will be its performance. Realme has gone with MediaTek's Helio G80, which was designed to prioritise graphics power for games. There's also 4GB of RAM, 128GB of storage, a 5000mAh battery, and an 18W charger in the box which is nice to see at this price. There aren't any luxuries but all basics are covered – you get two Nano-SIM slots plus a microSD card slot, and there's a 3.5mm audio socket on the bottom next to the Type-C port.

One tradeoff appears to be the HD+ 720x1600 screen resolution, although this might actually help with gaming performance since it won't stress the SoC much. In our brief experience with the Realme Narzo 10 so far, the display seemed sharp enough for everyday use. Text is crisp, but colours aren't the most vivid which was to be expected. Realme says it has used Corning Gorilla Glass 3 on the front. Our unit also had a pre-applied screen protector which doesn't reach all the way to the edges of the front panel and looks like it will become a dust trap in no time.

This phone runs Realme UI on top of Android 10. It was smooth and responsive, but we did see quite a lot of bloatware on the homescreen. This was in addition to a prompt to download several other apps during the setup process, which we skipped.

Having four rear cameras is pretty standard now with no brand wanting to seem weaker than its competition. You get a 48-megapixel primary camera with an f/1.8 aperture, an 8-megapixel wide-angle camera, and then 2-megapixel macro and depth cameras. The utility of these is debatable, but we'll see what kind of quality they deliver when we conduct our full review. There's also a 16-megapixel front camera.

It will be interesting to see how the Narzo 10 performs, and whether Realme has made tradeoffs in some areas in order to focus on its gaming potential. We will of course spend adequate time with this device to evaluate its performance, cameras, battery life, software, ergonomics, and much more, so do stay tuned to Gadgets 360 for our full review, coming up soon.