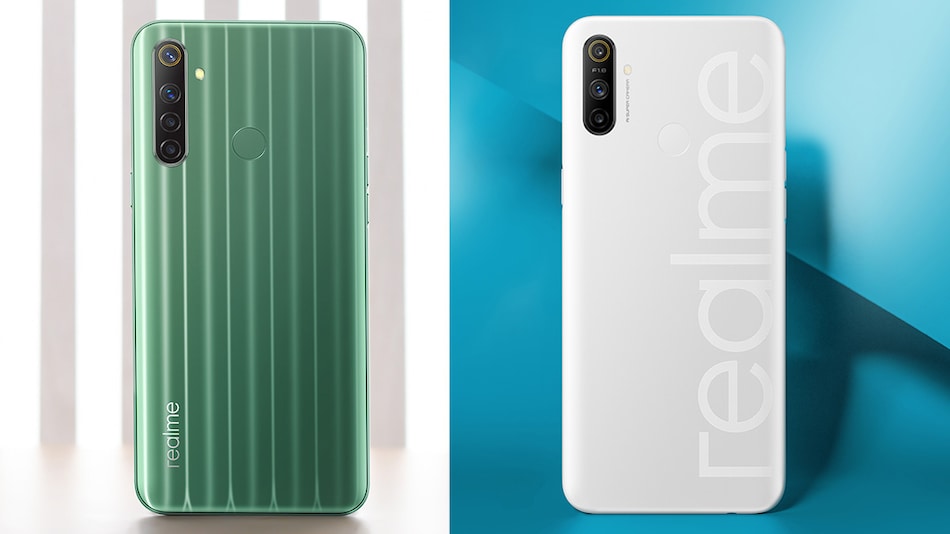 Realme’s Narzo 10 (left) and Narzo 10A (right) are its new budget offerings, focused on gaming

Realme began teasing the arrival of its brand new Narzo 10 and Narzo 10A smartphones several months ago. The new Narzo series was scheduled to launch in March, but now, after multiple delays due to the coronavirus lockdown in India, it has finally been announced. With this new series, claimed to be uniquely “customised for Generation Z”, Realme is targeting young buyers.

Going by their specifications, the Narzo 10 seems to be a refresh of the Realme 5s (Review). Even though Realme claims that it's a new model, the Narzo 10 appears to be a rebranded version of the Realme 6i, which was launched back in March in Myanmar. Meanwhile, the Narzo 10A comes across as an upgrade to the Realme C3 (Review), which also had a similar camera setup, battery capacity and the Helio G70 SoC from MediaTek.

Due to the current lockdown state in India, we weren't able to get our hands on either of the devices in advance, so rather than giving you our traditional first impressions of the phones, we will be analysing and talking about the new launches based on the launch event and specifications.

According to Realme, the Narzo 10 and Narzo 10A are designed to offer best-in-class processors and big batteries, which in our opinion are good places to start. Both phones offer large, 5,000mAh batteries, G-series SoCs from MediaTek, and the RealmeUI which is based on Android 10. Realme India CEO Madhav Sheth stated during the online launch event that these are just the first two phones in this new Realme sub-series, and that we can expect more Narzo-branded devices in the future.

Let's begin with the Narzo 10. It comes in two new colours and a special finish that's been designed by Japanese designer Naoto Fukasawa, who was also responsible for the Master Editions of the Realme X (Review) and the Realme X2 Pro (Review). The vertical striped pattern looks interesting, and from the company's publicity images, the Narzo 10 appears to have rounded edges which should make it easy to hold.

Realme is also boasting of the fact that the Narzo 10 is the first phone in India with MediaTek's Helio G80 SoC, which was announced this February and features MediaTek's HyperEngine technology for better resource management. During the launch, Realme claimed that the Narzo 10 can achieve an AnTuTu score of 201,278, which we'll be putting to the test once we get our hands on it. Going by the numbers, it should provide a good boost in performance compared to the Snapdragon 665 SoC on the Realme 5s.

Other interesting features of the Narzo 10 include 18W fast charging through the USB Type-C port, a rear-mounted fingerprint sensor, a triple card slot for two SIMs and a microSD card, and four cameras at the back. The one thing that sticks out is the HD+ resolution of the 6.5-inch display, which feels low for a phone priced at nearly Rs. 12,000 today. The cameras on the Narzo 10 are the usual fare, consisting of a main 48-megapixel sensor, an 8-megapixel wide-angle camera, a 2-megapixel portrait camera, and a 2-megapixel macro camera. There's also a 16-megapixel selfie camera.

Let's turn our attention to the Narzo 10A, which from the looks of it, seems to be a slightly improved version of the Realme C3 sold in India and very similar to the C3 variant launched recently in Thailand. Priced Rs. 1,000 higher than the Indian version of the C3 with the same amounts of RAM and storage, the Narzo 10A brings a refreshed design, a fingerprint sensor, and a third rear camera for macros. However, other than this, the rest of the features and specifications are virtually identical to those of the Realme C3, right down to the dimensions and weight of the two devices.

Realme claims that the Narzo 10A's new finish, with its bold Realme logo at the back, is scratch-resistant. This is something we'll be sure to test when our review unit arrives. The company also claims that this phone can run PUBG Mobile on the ‘High' graphics preset, which we will need to see for ourselves. In our experience, running PUBG Mobile on ‘High' on the Realme C3, which is also powered by the MediaTek Helio G70, didn't yield very smooth framerates, so it will be interesting to see whether Realme has optimised anything with the Narzo 10A. Realme also says that the fingerprint sensor is able to unlock the phone in just 0.27 seconds, and that its body has a splash resistant design.

The new Narzo 10 and Narzo 10A smartphones have distinct looks for sure, which is good to see even if it is just a new paint job. However, do these models really warrant the creation of a whole new sub-series? We're not entirely convinced on that front, considering that these models seem to be sold under more conventional names in other countries. Perhaps simply calling these phones the Realme 6i and Realme C3s wouldn't have created as much hype as launching a brand new series. Whatever the case may be, having new phones with better hardware is a win for consumers irrespective of what they are called.

We'll try our best to bring you full reviews of the Narzo 10 and Narzo 10A as soon as possible, and we'll get into the details of their performance, battery life, cameras, software, and much more. Till then, we're curious to know your thoughts about these new devices. Are you as excited about them as Realme is? Leave a comment and let us know.