Filling in the price gaps 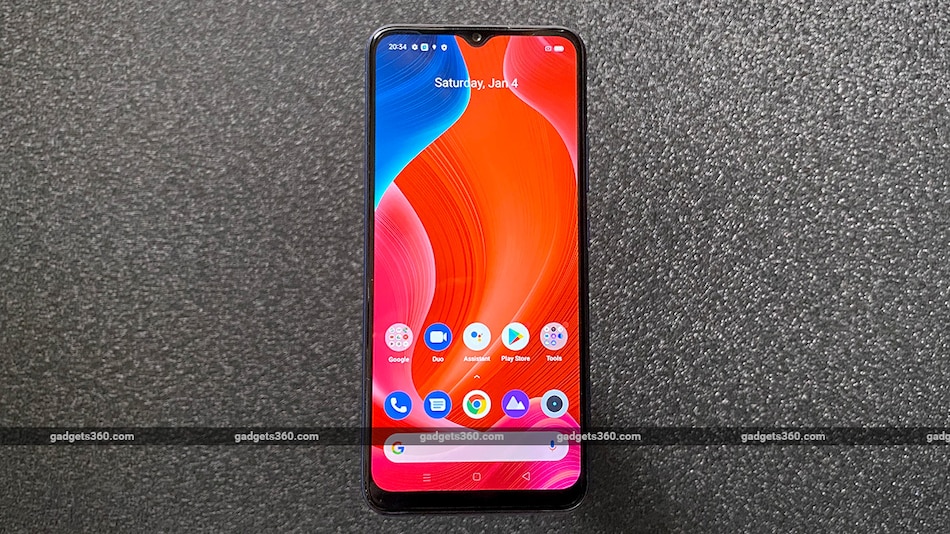 The Realme C12 is powered by the MediaTek Helio G35 SoC

Today, we'll be checking out the Realme C12, which isn't too different from the C11. This means it also has a lot in common with the Realme C3 and Narzo 10A. The main differences are to do with a couple of areas such as the battery and cameras. The Realme C12 and the Realme C15 are not meant to replace any of the existing C-series phones, as Realme emphatically tells us, but rather complement the current models.

I initially planned on giving you my first impressions of both phones, together, since they are so similar. Unfortunately, Realme has slightly delayed the higher priced model, so it will be just the C12 for today.

The Realme C12 ships in the typical yellow box that we've come to expect from Realme phones. One thing that's missing in the box is a case. I also found the charger to be unusually large, for just a 10W unit. The main highlight of the Realme C12 is its 6,000mAh battery. This is 1,000mAh more than what you get in the Realme C11, due to which the C12 is comparatively thicker and heavier.

The all-plastic body feels sturdy, and as expected, Realme has a new pattern for the back of the phone. The textured gradient finish helps with grip and doesn't attract fingerprints. I received the Power Blue trim, and this phone is also available in Power Silver.

The Realme C12 has a triple-slot tray, for two Nano-SIMs and a microSD card. There's a Micro-USB port at the bottom, signifying this phone's budget targeting, along with a headphone jack and a speaker. There's a capacitive fingerprint sensor on the back, which feels a little out of reach, even for my relatively long index finger.

The Realme C12 has a gradient, textured finish on the back panel

The display is similar to what you get on the Realme C11. It's a 6.5-inch HD+ (1,600x720) panel, with a thick chin below and a waterdrop notch up top. I found the colours to be decent for a phone at this price, but the brightness seemed a bit low. Viewing angles don't seem to be very wide, as the sides of the display darken if you tilt the phone even slightly off-axis.

You get the same MediaTek Helio G35 SoC in the Realme C12 as you do in the Realme C11. Thankfully, the C12 has 3GB of LPDDR4X RAM (compared to 2GB in the C11), so general usage should be less laggy. There's only one configuration available, and it also has 32GB of storage. So far, the phone has been fairly responsive in my experience, but the interface is definitely not snappy. It'll be interesting to see how it holds up once I load lots of apps and data.

The Realme C12 runs on Realme UI 1.0, which is based on Android 10. Bloatware is a bit less this time, with the C12 only having Realme's and Google's suites of apps, along with a few third-party ones such as Amazon and Facebook. Realme has also gone with Google's dialler and messages app, instead of its own. This is a growing trend we're seeing of late even from BBK's other smartphone brands such as Vivo, Oppo, and OnePlus.

The design of the camera module on the Realme C12 is similar to that of the C11, but instead of two sensors, the C12 offers three. In addition to the 13-megapixel primary and 2-megapixel depth camera, you also get a 2-megapixel macro camera. In the front, it's a 5-megapixel selfie camera; the same as on the Realme C11. I'll be testing the cameras over the next week or so, but I wouldn't be surprised if the results are similar to what we got from the C11.

The Realme C12, along with the Realme C15, seem to be just minor variations of the Realme C11 but positioned strategically to close the price gaps between the C-series and Realme's 6-series. There's also Realme's Narzo 10A, which has some price overlap with the new models. It might not have as big a battery but it does offer a faster SoC. Does the bigger battery of the Realme C12 make it worth the Rs. 8,999 price tag? I will have a clear answer for you once I'm done reviewing it, so stay tuned to Gadgets 360.