Poco X3 is powered by the new Snapdragon 732G SoC 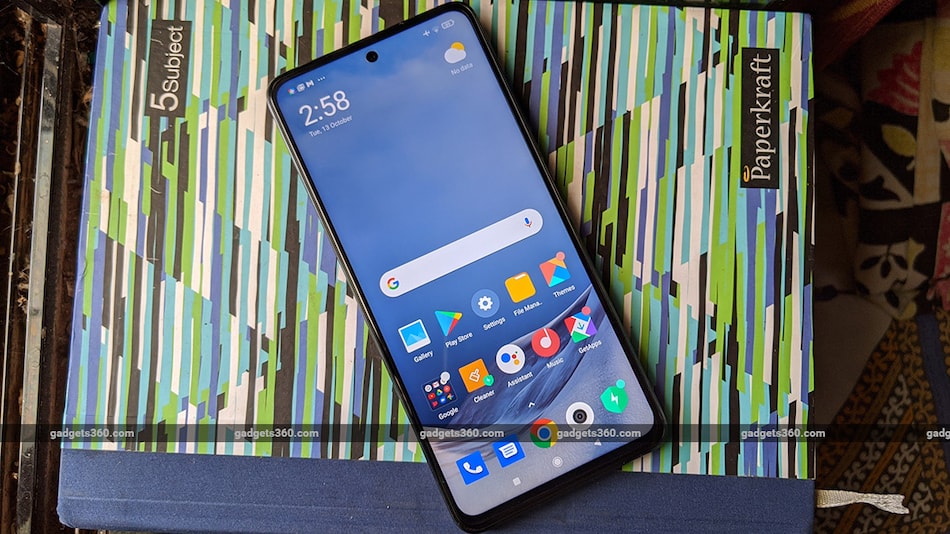 If you have been waiting for the successor of the “flagship killer” Poco F1, you'll have to wait longer. Poco has instead launched the mid-range Poco X3 which joins the Poco X2 in the same series. Unlike some other recent Poco smartphones that borrow their design from their Redmi cousins, the Poco X3 has a fresh design. It also boasts of the new Qualcomm Snapdragon 732G SoC which is an upgrade over the Snapdragon 730G that powers the Poco X2. On top of that, you get a big 6,000mAh battery, and all this for a starting price of Rs. 16,999. Is this a proper successor or a small upgrade? Let's find out.

Poco has gone ahead with a fresh design for the Poco X3, and it does not look like any Redmi model that's already in the market. Compared to the Poco X2 (Review), the new X3 loses the dual selfie cameras and has a single one instead, positioned right in the centre towards the top of the smartphone. Poco hasn't changed anything about the display though, and you still get a 6.67-inch panel with a 120Hz refresh rate. High refresh rates are slowly becoming common in the budget segment, and if you game a lot on your smartphone, this should interest you. The borders around the display are thin but the camera hole could be distracting for a few people.

Pick the device up and you will notice that it is surprisingly heavy. Tipping the scales at 225g, this smartphone is even heavier than the Samsung Galaxy M51 (Review) which packs in a bigger 7,000mAh battery. That said, the weight of the Poco X3 is well balanced and the phone isn't likely to tip and fall out of your hands. However, after using the device for a while, you might feel some fatigue.

Poco has made the frame and the back out of plastic. In my experience, the back panel needed constant wiping as it kept picking up fingerprints. Unsurprisingly, the Poco X3 has a quad-camera setup at the back in a thick and very noticeable module. The back panel has a glossy round patch right beneath the camera module, similar to the Poco X2. You also get an IR emitter on the top to control appliances. I found the side-mounted fingerprint scanner to be well positioned, but the volume buttons aren't easy to reach.

I was pleasantly surprised to see Poco launching the X3 so soon after its predecessor. The Poco X2 was launched about seven months ago and managed to make a mark with what it had on offer. Poco hasn't changed much about the formula; you still get a big full-HD+ display with a 120Hz maximum refresh rate. It doesn't switch refresh rates automatically, but lets you choose between 60Hz and 120Hz. I had it set to the latter all the time which helped the Poco X3 deliver a smooth visual experience. The panel also has a 240Hz touch sampling rate and the X3 is quick to respond to your actions.

Poco X3 is thick and has a side-mounted fingerprint scanner

While the International variant of the Poco X3 gets NFC, the Indian variant misses out on it in favour of a bigger battery. We get a 6,000mAh battery and there is support for 33W fast charging. Poco has also gone ahead with stereo speakers for the X3, and the smartphone is rated IP53 dust and water resistant.

Poco ships the X3 with MIUI 12 running on top of Android 10, and it has quite a few customisations. My unit was running the September Android security patch. There are a number of bloatware apps and games preinstalled on the X3 and I would suggest that you take some time and delete the ones you don't need. Apps such as Themes and GetApps (a Play Store alternative) kept pushing notifications, which got annoying, and I couldn't uninstall them.

The Poco X3 has powerful enough hardware to deliver good performance, and I did not face any issues while using it. The X3 is quick to load apps and games, and it is capable of multitasking very easily. I enjoyed watching videos on the Poco X3 as the display has good viewing angles and the stereo speakers do enhance the experience. The side-mounted fingerprint scanner is quick, and face recognition only needed a quick glance to unlock the device.

For casual users, the Poco X3 is more than adequate, and it should also keep some power users happy. I ran AnTuTu on the Poco X3 and it managed 280,030 points. It also scored 8,328 points in PCMark Work 2.0. The Poco X3 managed 567 and 1,777 points in Geekbench 5's single-core and multi-core tests respectively. It also managed 60fps in the GFXBench T-Rex graphics test.

Poco X3 is powered by the Snapdragon 732G SoC

I played Call of Duty and Among Us on the Poco X3, and the device did not show any signs of slowing down. The screen refresh rate was set to 120Hz by default and I did not change this while playing games. Call of Duty ran smoothly at High settings without any issues. I played the game for 25 minutes and noticed a 7 percent battery level drop on the smartphone. The X3 was slightly warm to the touch after gaming.

Battery life is very good and the Poco X3 will last you over a day without any issues. In our HD video loop test, it went on for 18 hours, 31 minutes which is quite good. There is support for fast charging and Poco bundles a 33W charger in the box. Using this, I could charge the smartphone up to 57 percent in 30 minutes, and 92 percent in an hour.

The Poco X3 has a quad-camera setup consisting of a 64-megapixel primary camera with an f/1.89 aperture, a 13-megapixel ultra-wide angle camera with a 119-degree field of view, a 2-megapixel macro camera, and a depth sensor. At the front, it has a single 20-megapixel selfie shooter. The camera app is easy to use and has multiple shooting modes that you can choose from.

The quad-camera setup on the Poco X3 is quite versatile

There are quick toggles for HDR as well as AI, which lets you take control over from the smartphone while shooting. The camera UI has changed in MIUI 12 and is now easier to use. There is a new Vlog mode that adds background music and video effects right while shooting. This is new, and it could save you some edit time by making it possible toupload video straight to social media.

The Poco X3 adds a watermark on photos by default, so be sure to uncheck this option in the camera settings before you go taking photos. Its 64-megapixel primary camera takes 16-megapixel photos by default. Photos shot using the primary camera in daylight had good detail, and even text at a distance was legible. The X3 crushes blacks rather aggressively though, causing a loss of detail in the shadows. Switching to the wide-angle camera offers a wider field of view but at the cost of detail. The wide-angle camera also produced a slightly different colour tone which was evident in the output.

Close-ups were nice and the Poco X3 managed good separation from the subject and the background. It also adds a depth effect to the background. Edge detection in portraits was good and the X3 does let you set the level of blur before you take a shot. The macro camera is limited to a 2-megapixel resolution and lets you get close to a subject, but the output is strictly average.

Low-light camera performance is average. Photos taken in the default mode were soft and had a watercolour-like effect. Enabling Night mode made a noticeable difference to the output – photos were sharper and had better detail. However, it takes 3-4 seconds to take a shot in Night mode. The wide-angle camera isn't the best for shooting in low-light as it cannot capture as much light as the primary sensor.

Daylight selfies were decent and you do have the option to take portrait shots using the selfie shooter. The AI doesn't detect faces with masks on and doesn't blur the background in such cases. Selfies shot in low light were average, but this phone does let you use Night mode for selfies.

Video recording maxes out at 4K for the primary camera and 1080p for the selfie shooter. In daylight, footage is stabilised at 1080p as well as 4K but there is a wobbly effect. In low light, a shimmer effect is visible at both resolutions.

The Poco X3 is the successor to the Poco X2 and brings incremental updates to the market. It does everything just a little better compared to the Poco X2. It offers better performance and the bigger battery helps it last a lot longer. However, it is bulkier than its predecessor, which could be off-putting to a lot of potential buyers. If you were eyeing the Poco X2 but have the option to spend a little more, you could go ahead with the Poco X3 as it offers some good upgrades for a minor increase in price. The Realme 7 Pro (Review) is another suitable alternative you could consider for the same amount of money.