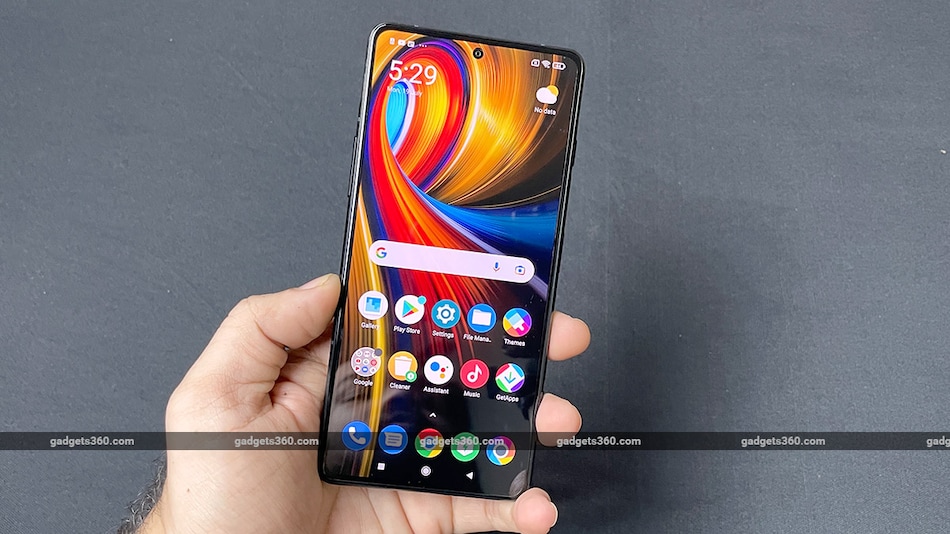 The Poco brand now operates independently, after Xiaomi first launched the Poco F1 smartphone in India. This smartphone offered powerful hardware at aggressive prices and found a lot of takers. The Poco brand has since launched multiple series to cater to different price segments, but the original Poco F1 never got a successor in India - the Poco F3, or Redmi K40 as it is known in some other markets, was rebranded as the Mi 11X here. Now, nearly three years after the launch of the F1, Poco has finally added another smartphone in the F series, and it's called the Poco F3 GT.

This new smartphone looks like a rebranded Redmi K40 Game Enhanced Edition, which was launched in China earlier this year. It is powered by the MediaTek Dimensity 1200 processor, just like the recently launched OnePlus Nord 2, but also has magnetic trigger buttons to appeal to the gamer in you. So is the Poco F3 GT just a niche phone, or will it be the next value champ? I got to spend some time with the Poco F3 GT and here are my first impressions.

The Poco F3 GT is a big smartphone and sports a 6.67-inch AMOLED display. It has full-HD+ resolution, 120Hz refresh rate, and support for HDR10+. The display has thin bezels all around which gives it a nice look. There's Corning Gorilla Glass 5 for protection at the front and back. At the top, right in the centre, is the hole for the 16-megapixel selfie camera. This smartphone has a tall aspect ratio and reaching the top of the display while holding it in one hand is tough.

Grab the Poco F3 GT and you'll notice that it's relatively wide, but gripping it isn't an issue thanks to its rounded sides. The frame of the smartphone is made out of metal and has different design elements – it is curved on the sides but flat around the four corners to make it easier to rest your fingers while watching content or playing games. The top and bottom sections of the frame have concave curves which also help with grip while gaming. This phone weighs 205g and is 8.3mm thick.

The trigger buttons on the side rise up when engaged

The right side of the frame is quite busy, with the power button near the centre and two sliders on either side of it. These can be slid inwards to release the magnetic trigger buttons on the shoulders, which otherwise sit flush with the body. These buttons have good tactile feedback. On the left side of the frame is a microphone and the volume buttons. At the top, the Poco F3 GT has an IR emitter, secondary microphone, and speaker, whereas the SIM tray, primary microphone, USB Type-C port, and main speaker are on the bottom.

The Poco F3 GT has a glass back which gives it a premium look and feel. It has a triple-camera module in the top left corner, consisting of a 64-megapixel primary camera, an 8-megapixel ultra-wide-angle camera, and a 2-megapixel macro camera. This module also has RGB lights which light up when Game Boost is enabled and while the device is charging. The Predator Black unit that I have with me has a matte finish at the back which didn't pick up a lot of fingerprints. Poco has also made the F3 GT IP53 dust and water resistant so it can withstand water splashes from regular use.

The Poco F3 GT has a triple camera setup

You get a big 5,065 mAh battery in the Poco F3 GT. Poco bundles a 67W charger in the box which is among the highest capacity chargers available at this price point. I will be testing charging speed during the full review. You also get a bright yellow USB cable with a 90-degree USB Type-C connector which makes it easy to keep the smartphone plugged in while gaming – a thoughtful addition.

Poco has opted for the MediaTek Dimensity 1200 processor for the F3 GT and there are 6GB, 8GB and 12GB RAM options. In terms of storage, you can choose between 128GB and 256GB. It has two Nano-SIM slots, and storage is non-expandable.

The Poco F3 GT runs MIUI 12.5 on top of Android 11 and my unit had the June Android Security patch. The UI is easy to use and I did not have major issues while navigating around. It does come with a number of preinstalled apps, and a few of them did push out spammy notifications. Apart from Google apps, you also have Facebook, Amazon, Netflix, and Xiaomi apps such as Mi Pay, Mi Credit, Themes, and GetApps.

With the F3 GT it looks as though Poco wants to use dedicated hardware to target gamers on a budget. The trigger buttons do seem useful, and the Dimensity 1200 SoC has the potential to run heavy titles. So how do these features affect gaming in the real world? Stay tuned to Gadgets 360 to find out in our full review, coming up soon.