Stunningly light, with a good set of features 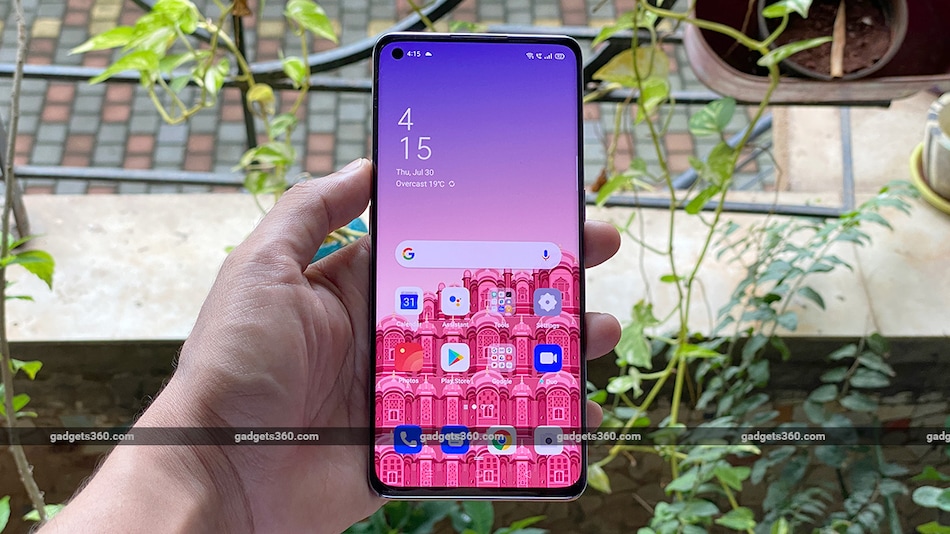 The Oppo Reno 4 Pro is the company's new mid-tier offering, which it has launched rather quickly, considering that the Reno 3 Pro (Review) was introduced in India in March this year. Like with its predecessor, India is the first country to get the global variant of the Oppo Reno 4 Pro, which differs slightly compared to the version which launched in China in June.

In India, the Oppo Reno 4 Pro will only be available in one configuration priced at Rs. 34,990, with 8GB of RAM and 128GB of storage. Compared to the Chinese model, which has the Qualcomm Snapdragon 765G SoC and triple rear cameras, the Indian variant uses the Snapdragon 720G and has an additional macro camera. I've been using the Reno 4 Pro for only about a day, and while I still have a lot of testing to do, here are my first impressions of the phone.

The packaging is simple, and inside you'll find the smartphone along with a case, charger, cable, and headset. The first thing that really struck me, after taking the phone out of its plastic wrapping, was how incredibly light it felt. Phones these days typically hover around the 180g to 200g mark, but the Oppo Reno 4 Pro weighs just 161g. Apart from the low weight, it's also fairly slim at just 7.7mm in thickness. This easily makes it one of the most comfortable phones, with a large display, that I've used in a while. Also, there's a headphone jack on the bottom, which is a pleasant surprise in 2020.

The Oppo Reno 4 Pro's display and back have curved edges, which gives it a very premium look. The chrome-trimmed frame feels sturdy, and the volume and power buttons line up very well against my thumb and forefinger when I hold it. The colour that I have is called ‘Silky White,' which is a little inaccurate because the texture on the back is a little rough to the touch. I think it looks good, and if you're not a fan of white, there's a darker 'Starry Night' colour too.

The Oppo Reno 4 Pro has a distinctive rear design, which looks good

The display is another area where Oppo seems to have made the right choice. It's a 6.5-inch AMOLED panel, with a full-HD+ resolution and a 90Hz refresh rate. Brightness, colours and viewing angles seem very good so far, in the brief period I've been using this phone. I also like the fact that the bezels around the display are not too intrusive and are uniform, from top to bottom. There's a hole-punch cutout for the selfie camera and an in-display fingerprint sensor too. I noticed that the fingerprint sensor isn't the quickest at authentication, and it requires a long and firm press on the display, for it to work. It felt slower than the in-display sensor on the OnePlus Nord (Review) for sure.

The Qualcomm Snapdragon 720G SoC is a powerful and efficient chip. We've already seen it in action in many phones priced under Rs. 20,000, such as the Realme 6 Pro (Review) and the Poco M2 Pro (Review). However, many people will find it a little underpowered for the Oppo Reno 4 Pro considering its price. The competition already offers more powerful chips such as the Snapdragon 765G and Snapdragon 855+.

So far, ColorOS 7.2 has been running pretty flawlessly, so I don't have any major complaints, yet. The new version of Oppo's Android skin comes with new gestures and gaming-oriented features, which I'll talk more about in the full review, once I've used them properly. For now, I'm really liking the new collection of stock wallpapers in the new version of ColorOS.

The Oppo Reno 4 Pro is really light and slim, which is refreshing

The Oppo Reno 4 Pro has a lot of cameras. For selfies, you get a 32-megapixel Sony IMX616 sensor, which is the same one used in the OnePlus Nord and the Realme X3 SuperZoom (Review). At the back of the phone, there's a main 48-megapixel Sony IMX586 camera, along with 8-megapixel wide-angle, 2-megapixel monochrome, and 2-megapixel macro cameras. I have yet to test the cameras thoroughly, but considering that we've already seen what the main front and rear sensors are capable of in other phones, we should expect good daylight photos at the very least. The Reno 4 Pro's low-light performance is going to be the real test, so make sure don't miss our full review coming soon.

Oppo has given the Reno 4 Pro a decent-sized, 4,000mAh battery, but what really takes the cake is the 65W fast charger bundled in the box. Oppo claims that this phone's battery can go from zero to full in just 36 minutes. We've seen similar rapid charging speeds with the Oppo R17 Pro (Review) and the Realme X2 Pro (Review). If we're lucky, we might even see Oppo phones later this year sporting its new 125W fast charging technology.

The Oppo Reno 4 Pro is a good-looking smartphone with a good set of features, but I feel its price of Rs. 34,990 will hurt its appeal, especially since nearly every good competitor at this price level offers a faster SoC. Can the super fast charging and premium design make up for this lack of power? I'll be testing the Reno 4 Pro over the next few days, and I'll be in a better position to answer that question in the full review. In the meantime, let me know your thoughts in the comments below. Would you be willing to sacrifice a bit of processing power for a lighter and slimmer phone?