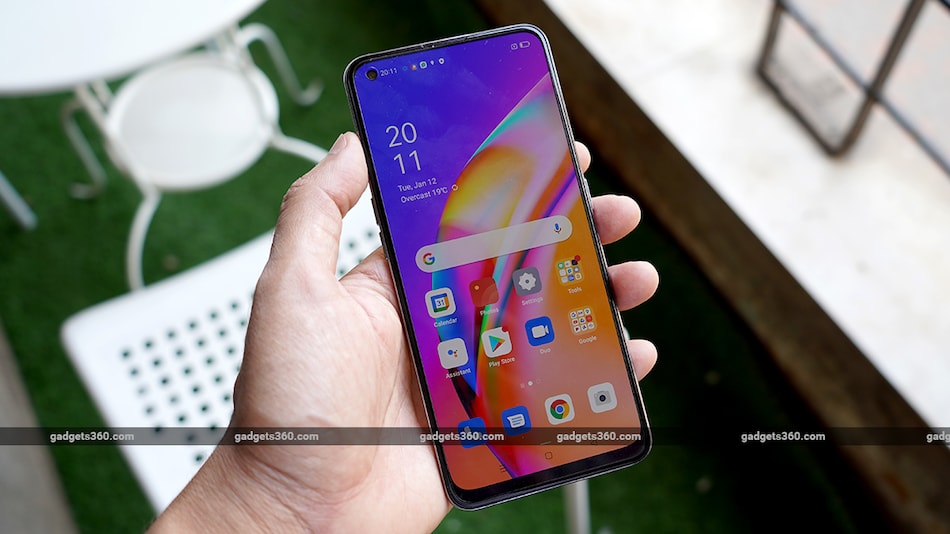 The avalanche of budget and mid-range 5G smartphones continues, and this time, the feature marks a first for Oppo's F series. The new Oppo F19 Pro+ 5G is a successor to the F17 Pro (Review) which we got last year, and the main attraction is MediaTek's 5G-capable Dimensity 800U SoC. This has proven to be a very popular chip for smartphones priced under Rs. 30,000, offering good gaming performance and power efficiency.

As a successor to the Oppo F17 Pro, the new Oppo F19 Pro+ 5G has retained two features that I quite liked from the previous model — the slimness and low weight. The F19 Pro+ 5G measures just 7.8mm thick and weighs only 173g. This makes it incredibly light and easy to carry around, which I really appreciate. Oppo has gone with more subtle colours this time around, with silver and black as the two options. The rear panel does pick up fingerprints but these aren't very apparent thanks to its matte finish. There's a little 5G logo in the camera module to emphasise its support.

The chrome-plated frame is glossy but the rounded design offers good grip. Oppo says it has used a total of eight antennas placed all around frame in order to maximise signal strength no matter which way you hold the phone. The build quality so far seems sturdy. All the buttons are ergonomically placed and have good tactile feedback. Oppo has kept the headphone jack too. The Oppo F19 Pro+ 5G has a triple-slot tray for two Nano-SIMs and a microSD card.

The display looks great, delivering sharp visuals and a healthy maximum brightness. The 6.4-inch AMOLED panel has a full-HD+ resolution and an in-display fingerprint sensor, and is protected by Corning Gorilla Glass 5. What would have made this display perfect though, would have been a high refresh rate, which sadly isn't present. Still, Oppo's custom Color OS UI feels fairly fluid. It's also the latest version that's based on Android 11. The functionality is familiar as we recently saw it in action on the Oppo Reno 5 Pro 5G too.

Oppo is launching the F19 Pro+ 5G in a single configuration, with 8GB of RAM and 128GB of storage. The phone has a 4,310mAh battery and support for 50W fast charging. Oppo says the battery can be fully charged from empty in about 48 minutes, which is a claim I'll be sure to verify in the full review.

The Oppo F19 Pro+ 5G introduces a macro camera, which was missing in the F17 Pro

Last but not least, we have five camera sensors on the phone. On paper at least, these don't seem to be too different from what the F17 Pro came with. At the back, there's still a 48-megapixel main camera, an 8-megapixel ultra-wide camera, a 2-megapixel monochrome camera, and a 2-megapixel macro camera. In the front, there's a 16-megapixel selfie camera. One big (or rather, small) difference is the inclusion of a macro camera, which was absent in the previous model. Oppo is talking up some new AI video features, such as better low-light recordings and better quality when shooting backlit subjects. I'll have to test these capabilities to know if they're worth the hype, and I'm hoping for the best since the cameras on the F17 Pro failed to really impress me.

Oppo has moved away from its “selfie-expert” marketing for the F series, and with the F19 Pro+ 5G, the focus has shifted towards providing a better video experience. So far, the Oppo F19 Pro+ 5G looks like a good enough upgrade over the Oppo F17 Pro, with 5G being the main driving force. Stay tuned for the full review coming soon.