Better value than the OnePlus 8T? 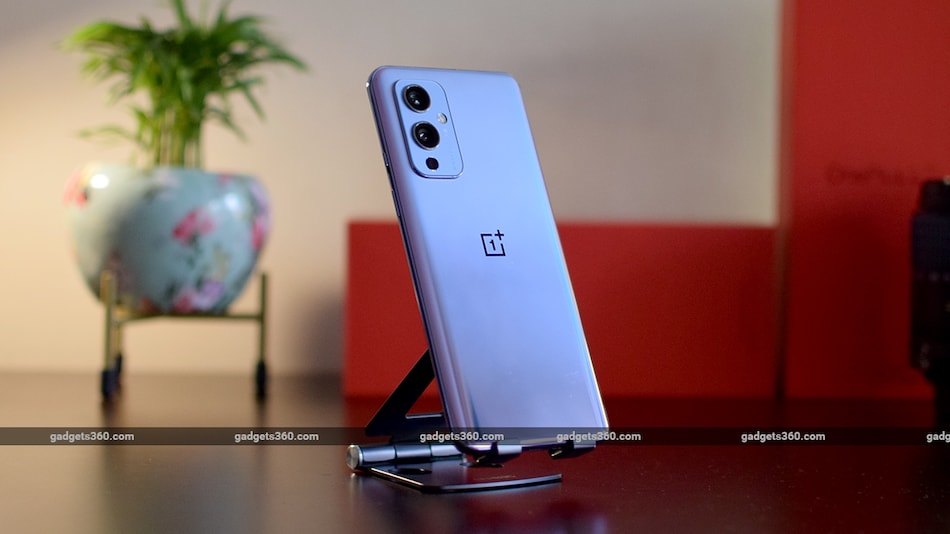 The OnePlus 9 Pro is the company's hero product for 2021 and will probably be getting most of the spotlight, but we shouldn't forget the regular OnePlus 9 which could be the more popular of the two thanks to its starting price of Rs. 49,999. It gets a lot of new features, some borrowed from the 9 Pro, while others are brought forward from the OnePlus 8T (Review). Overall, it looks like it could be a good upgrade over last year's OnePlus 8. There's one major area in which it actually takes a step backwards, but we'll get into that in a bit.

Our review of the OnePlus 9 Pro should give you a detailed understanding of where the more expensive of the two models stands in the grand scheme of things, and whether you should consider buying it. Spoiler alert: it's yet another excellent flagship, just like the OnePlus 8 Pro, and is only let down by its selfie camera. The OnePlus 9 shares many of the same features as the 9 Pro, including the new 50-megapixel ultra-wide camera, Hasselblad colour tuning, and Snapdragon 888 SoC. I've been using the OnePlus 9 alongside the 9 Pro, and while there's quite a bit of testing left to be done on the lower-priced model, here's what I think about it so far.

Before we talk about its design and features, let's get one thing out of the way, which will surprise many. This is probably the first OnePlus number series phone to have a polycarbonate body instead of aluminium. It still looks great, but the switch to plastic definitely seems like an attempt to cut costs. Samsung has done this with the Galaxy Note 20 and, more recently, the Galaxy S21, which both have plastic backs instead of glass. However, OnePlus has only swapped out the aluminium frame of this phone, as there's still Corning Gorilla Glass on the front and back of the OnePlus 9.

The OnePlus 9 has a flat display and 120Hz refresh rate, much like the OnePlus 8T

The Winter Mist colour that OnePlus sent me looks pretty, but it's very difficult to maintain a clean look due to fingerprints. The overall dimensions of the OnePlus 9 are quite compact and it has a more comfortable in-hand feel compared to the OnePlus 9 Pro. The flat-edged display is crisp and vibrant. It has a full-HD+ resolution and supports an adaptable refresh rate with a maximum of 120Hz. This is not the same LTPO OLED panel used for the OnePlus 9 Pro, so it does have slightly lower peak brightness and misses out on a few software features, but it still achieves all the same certifications for colour accuracy as its bigger sibling.

The OnePlus 9 uses the same flagship Qualcomm Snapdragon 888 5G SoC as the 9 Pro, and is available in two RAM and storage variants. It also uses LPDDR5 RAM and UFS 3.1 flash storage, so no corners have been cut here. You get stereo speakers, NFC, Wi-Fi 6, and the usual sensors, plus a very quick in-display fingerprint sensor.

OnePlus is really going to town with marketing its camera implementation, and while the setup on the OnePlus 9 isn't as ambitious as the one on the 9 Pro, it's still an upgrade over its predecessor. The main camera still has a 48-megapixel resolution but it's now the Sony IMX689 sensor as seen in the OnePlus 8 Pro, which has a good track record. As I mentioned before, the ultra-wide camera is the same one that the 9 Pro has, with a freeform lens to correct barrel distortion before the image is even processed. The third camera is a 2-megapixel monochrome sensor, and it only comes into play when you use a specific filter.

You don't get a telephoto camera on the OnePlus 9, which is excusable, but what's surprising is that the main camera doesn't have optical stabilisation. I haven't spent too much time shooting with the OnePlus 9 yet, so we'll have to wait for the full review to see if this is something you'll miss. The 16-megapixel selfie camera is the same as the one on the 9 Pro and the 8 series, so we know what to expect at this point. OnePlus has kept the 8K video recording option on the OnePlus 9, but has removed the 120fps mode for 4K recording as seen on the 9 Pro.

The OnePlus 9 is the more affordable smartphone in the series, and considering its features and price, it might be the more popular one too. The new rear cameras and increase in processing power give it a nice boost over the OnePlus 8T, but on the other hand, the fact that it has a polycarbonate frame instead of aluminium really puts a damper on things. Other than these things, it's not too different compared to its predecessor.

Do these changes balance each other out, and is the OnePlus 9 worth its asking price if you're looking for an upgrade? I guess we'll find out very soon in the full review.