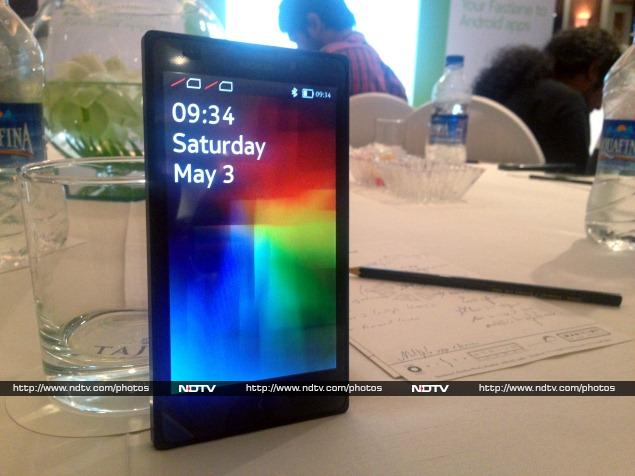 We've already gotten a glimpse of Nokia's entry into the world of Android, albeit a heavily forked version of it, with the Nokia X. Hot on the heels of the completion of Microsoft's acquisition of Nokia, the Finnish phone manufacturer showcased the larger sibling, the Nokia XL Dual SIM to a closed group of journalists and tech bloggers in Mumbai on Saturday. Nokia had formally announced the trio of devices - Nokia X, X+ and XL - worldwide at the Mobile World Congress (MWC) in Barcelona in February, but only the Nokia X has launched so far.

With a much bigger profile, slightly better specifications, and a promise to regularly tweak and update the Nokia X platform running on the phone, we were eager to get our hands on the device. This wasn't a formal product launch, and so Nokia did not divulge any details about the launch date or price of this device. There is also no word on the Nokia X+ yet. 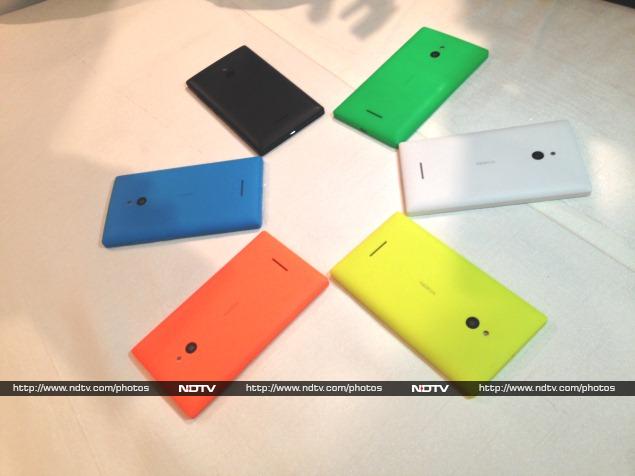 Look and feel
The Nokia XL Dual SIM is much larger than the Nokia X, which becomes evident when we compare the two. It is thicker, at 10.9mm, and at 190g,is quite heavy for a phone this size. The phone is available in six different colours - black, white, blue, green, orange and yellow. Anybody used to a Lumia or Asha phone will find the XL familiar, considering its boxy design takes cues from the Asha series and the matte-finish rear is reminiscent of the Lumia series.

The left edge is devoid of any physical buttons or ports whereas the right edge features the volume rocker and power button. The top and the bottom edges have the 3.5mm jack and the micro-USB port for charging and data transfers, respectively. Above the screen are the front camera and the ambient light sensor, and below is a single capacitive button for navigation unlike the regular three-button setup on Android. The back of the device houses the camera and flash modules. Removing the rear cover reveals slots for two SIM cards and a microSD card.

Design fatigue seems to be setting in around the industry, but after taking a look at the Nokia XL Dual SIM, we're sure its Lumia-esque design (which actually debuted with the Nokia N9) will be able to stand out in the crowd of black slabs that adorn the shelves of retail stores. All said and done, it does look attractive. 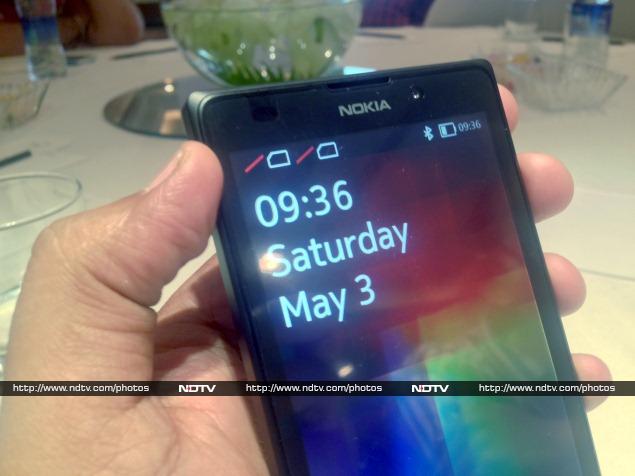 Specifications
Under the hood, the Nokia XL Dual SIM is powered by the last-gen dual-core Snapdragon S4 Play processor clocked at 1GHz. Supplementing its processing power is an Adreno 203 graphics processing unit. The RAM capacity receives a slight bump to 768MB. In our limited time with the device, swiping through the wallpaper, home screen and Fastlane felt sluggish. We will refrain from commenting further on the performance until we can have a review unit in hand.

Additionally, the phone has 4GB of internal storage which is expandable up to 32GB using microSD cards.

The Nokia XL Dual SIM has a 5-inch screen with a WVGA (800X480) resolution which translates to a density of approximately 187ppi. One look at the screen and any user can spot jagged edges on the tiles or icons. On the other hand, the IPS panel on this device manages to displayblacks accurately. The preloaded demo video looked fine. Stay tuned for more details in our full review. 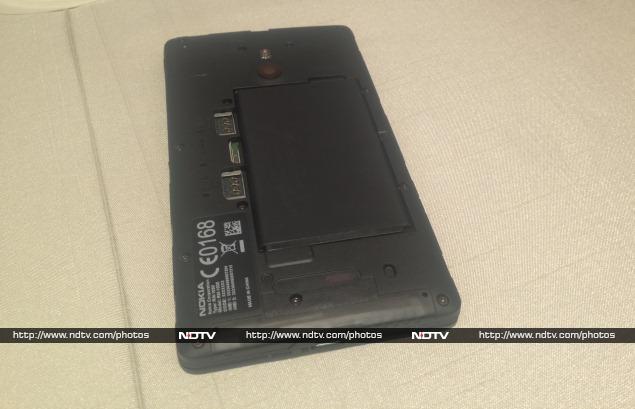 Software
Nokia promisesthat it is listening to user feedback with the software running on the X series of smartphones, and is constantly tweaking it for better performance. We saw an updated version of the Nokia X platform on the device, which had two distinct new features: tiles and widgets for third-party apps can be colour-coded to your preference, and the proprietary Nokia Store now displays links to other app stores in case an app isn't present in the default store. Fastlane is Nokia's version of an advanced logging system that keeps a tab on users' notifications and most used apps, and the fact that it can be customised as per a user's preferences is an added advantage. 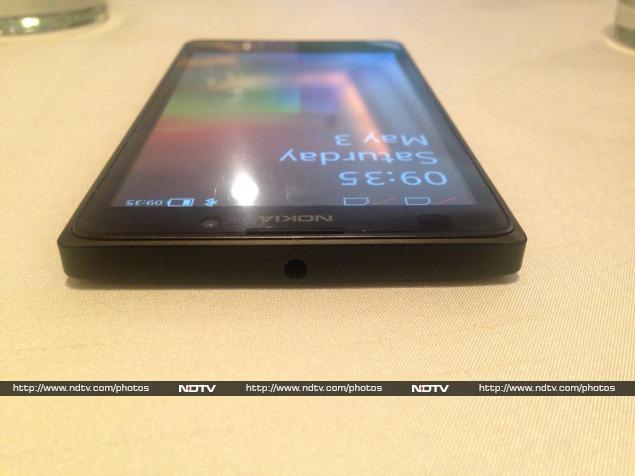 Camera
The XL has a 5-megapixel rear camera with a 1/4-inch sensor, plus a flash. We managed to capture a few images in less-than-ideal lighting conditions, and it still managed to focus quickly enough. On the phone's screen, the image looked good with little loss of details even when zoomed in to the actual size. The 2-megapixel front camera is a good enough for those who want to capture selfies.

Keep watching this space for our full review of the Nokia XL Dual SIM.