Is this the low-cost gaming phone you've been waiting for? 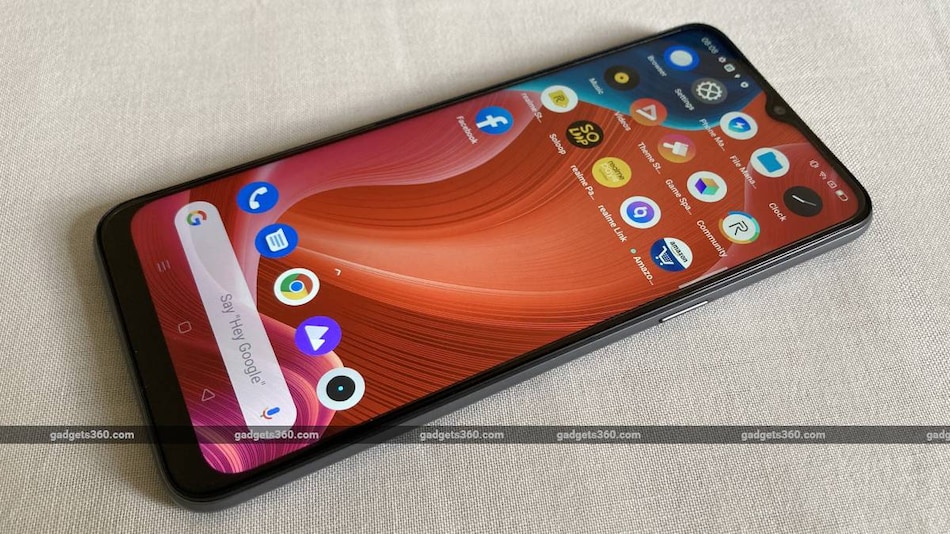 Today, we get to spend some time with the new Realme Narzo 20A, rounding out the Realme Narzo 20 family. We've already talked about this phone's siblings, the Narzo 20 and Narzo 20 Pro, which cost more and are positioned higher. This series is meant to prioritise processor power especially for gaming, so the Narzo 20A which starts at Rs. 8,499 could be quite a compelling option. This model undercuts the Narzo 10A by Rs. 500 and also potentially clashes with the Realme C12.

While the Narzo 20 (Review) looks nearly identical to the Realme C15 (Review) and the Narzo 20 Pro shares much of its design with the Realme 7 (Review), what we have with the Narzo 20A is the Narzo 10A (Review) all over again… which is itself a refreshed Realme C3 (Review). I suppose we really shouldn't be surprised by this recycling and duplication anymore, but it does create a world of confusion.

The new Narzo 20A has the same V-shaped, ridged “Victory design” pattern on the rear as its siblings. The plastic shell is matte and you can see a slight colour shift as you tilt the phone. You get the same Victory Blue and Glory Silver colour options as with the Narzo 20. The camera module on the rear is vertical, which is the main design element separating the two models. You'll also notice that the Narzo 20A is a little slimmer and lighter since it has a smaller battery.

Externally, there's nothing new or innovative about the Narzo 20A. You get a 6.5-inch HD+ 720x1600-pixel screen with rounded corners, a waterdrop camera notch, and relatively thick borders.

There's an old-style Micro-USB port on the bottom, which is somewhat disappointing to see, with a 3.5mm audio jack and speaker to either side of it. The power button is on the right and volume buttons are on the left, with a fingerprint sensor on the back. Everything is within reach.

What does stand out is the use of a Qualcomm Snapdragon 665 processor. This is a first for the Narzo series, which has so far used only MediaTek's G-series processors. Considering that the Nokia 5.3 (Review) with the same processor starts at Rs. 13,999 and Realme's own Realme 5 (Review) was launched at Rs. 9,999 just over a year ago, this is looking like it could be good value for money – but there are bound to be compromises elsewhere.

As for cameras, some people might be disappointed. Realme does claim that the Narzo 20A has three cameras, which is a selling point, but two of them are basically fillers on the spec sheet. There's the primary 12-megapixel camera which should be of use, but the other two are 2-megapixel cameras described as “retro lens” and “B&W lens” which are used only for specific filter effects. You don't get a wide-angle or macro camera, or even a depth sensor, so “triple camera” might not mean what you think it does. That said, the front 8-megapixel camera seems adequate. I'll be testing all of these to evaluate photo quality in various conditions very soon.

True to its positioning, the Narzo 20A prioritises CPU performance and there's very little else to say about the spec sheet. It will be interesting to see how the Qualcomm processor and its integrated GPU perform, relative to the Narzo 20 and even the Narzo 10A. Realme has made navigating its product stack very difficult but it's possible that there are buyers for whom this exact combination of specifications is just right.

If you're confused about Realme's lineup, stay tuned to Gadgets 360. A full review of the Narzo 20A, with details of its gaming performance, general usage, camera quality, battery life, software, and much more, is coming up very soon.

US Tightens Exports to China's Chipmaker SMIC, Citing Risk of Military Use
Google Meet to Limit Meetings to 60 Minutes on Free Plans After September 30