The latest in Motorola's One family offers flexibility for photo buffs, but at a price. 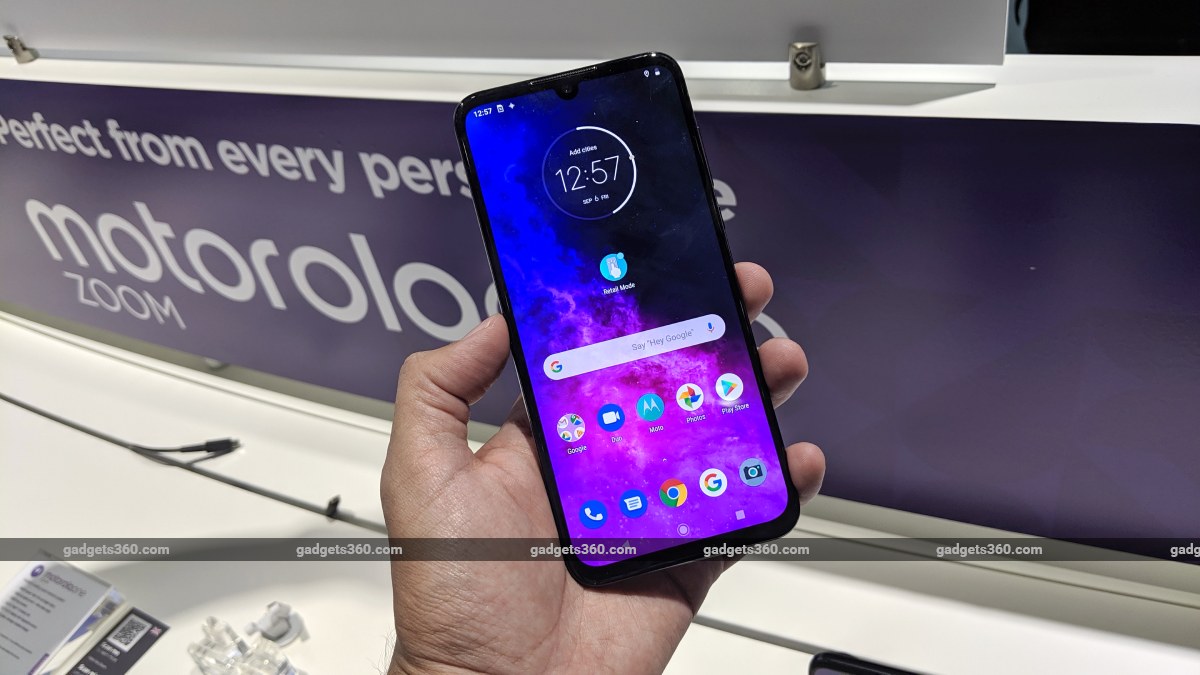 Motorola, now operating as a division of Lenovo, has tried various approaches to the smartphone market, and has of late settled on a somewhat split strategy. The mainstream E series and G series continue to serve as all-rounders targeting important price points while the relatively new Motorola One family is comprised of several phones each with one major signature feature. These models might appeal to very narrow niches, or they might stand out for someone who is looking for a device with a unique personality. The latest model in the Motorola One family is the Motorola One Zoom, which as its name suggests, features an optical zoom camera.

Multiple cameras are now quite standard on smartphones but optical zoom is not as common or easy to implement as other types of additional cameras. Yet, this is the kind of feature that you don't have to explain; people can immediately understand the value of being able to capture distant objects without losing sharpness or detail. In addition to the 3X optical zoom (and 10X hybrid zoom) capability of this camera, the Moto One Zoom also has a wide-angle camera and a depth sensor, so you get a fair bit of flexibility when it comes to how you want to frame shots.

This phone promises more freedom to creative photographers, and if the pricing is right, it could be an appealing choice. The primary rear camera has a 48-megapixel resolution and captures pixel-binned shots by default for better clarity, especially in low light. There's OIS for smooth 4K video. The front camera on the Motorola One Zoom has a 25-megapixel sensor, and can also use pixel binning. There are also software features including AI-powered night vision, smile detection, frame composition, and colour optimisation functions.

Other than its four rear cameras, you get a 6.4-inch full-HD+ OLED screen, a Qualcomm Snapdragon 675 processor, 4GB of RAM and 128GB of storage, and a 4000mAh battery. 15W fast charging is supported, and Motorola promises two days of battery life, which is an ambitious claim.

The body is made of 6000-series aluminium and the rear has a satin-glass texture with a brushed texture. The Motorola One Zoom will be available in Brushed Bronze, Electric Grey, and Cosmic Purple colour options. Motorola has used Panada King glass on the front and Gorilla Glass 3 on the rear for physical resilience. The Motorola "batwing" logo on the rear is illuminated for the first time, and acts as a notification LED.

In our brief experience with the Motorola One Zoom at the IFA 2019 trade show where it was launched, we felt that performance was quite snappy and we had no complaints with the usage experience. We'll evaluate screen quality, battery life, overall performance, and of course camera quality in more detail when we are able to spend enough time to review this phone fully.

The Motorola One Zoom is well built and reassuringly solid, but it isn't exactly the most exciting new model in terms of design. The 85 percent screen-to-body ratio and waterdrop notch at the front aren't bad things, but this phone will be competing with several others which have embraced slicker designs and less obtrusive front cameras.

Motorola has announced a price of EUR 429 (roughly Rs. 34,000), which means that if and when the Motorola One Zoom is launched in India, it will compete with far more powerful models including the OnePlus 7 (Review), Asus 6Z (Review), Redmi K20 Pro (Review), and more. There's also the Oppo Reno 10x Zoom (Review), which outdoes the Motorola One Zoom in terms of its primary selling point. Camera flexibility and style might not be enough to overcome all these competitors as well as newer models that will launch soon.