Motorola may be late to the budget 5G party, but it has a solid contender with the Moto G51. 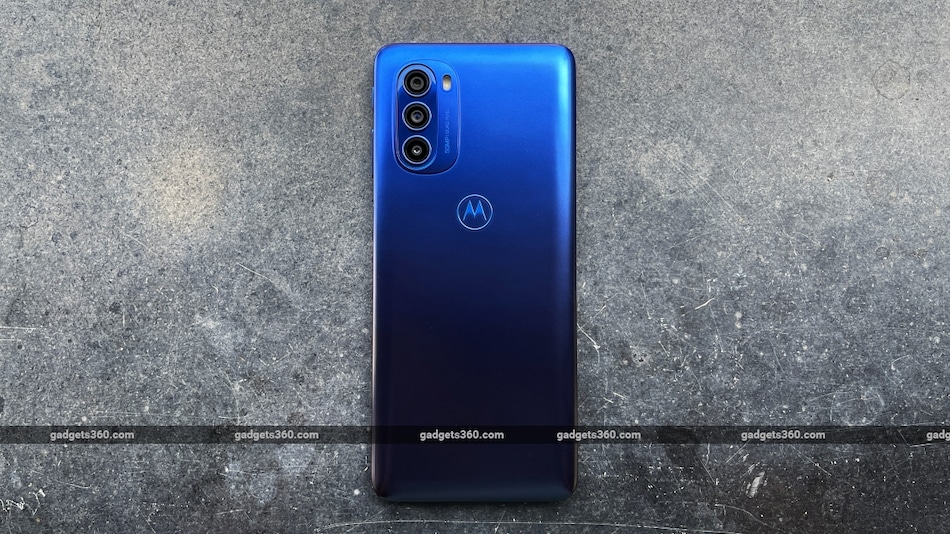 The budget 5G smartphone segment in India wasn't as crowded as the 4G space even a few months ago but by the end of 2021, it's interesting to see how most of the big players in this segment have launched at least one 5G-enabled smartphone. 5G isn't here yet and it will be a while until we are browsing the web or streaming videos at those promised high speeds. For now, all budget 5G smartphones are more about future-proofing, than anything else.

With that in mind, Motorola is quite late to the party with its latest offering, the Moto G51. But arriving late also gives Motorola the edge to gauge the competition and come up with a strong product, and in this regard, Motorola seems to have done its homework fairly well. I was impressed with the features offered by the Moto G51 when it launched, but now it's time to see if it can give Realme and Xiaomi a run for their money.

The Moto G51 is priced at Rs. 14,999 and is available as a single variant with 4GB of RAM and 64GB of storage. The budget smartphone is available in two finishes: Bright Silver and Indigo Blue. I received the Indigo Blue unit for this review.

The Motorola Moto G51 has a unibody design that's made of polycarbonate. It features a soft, matte finish with a dual-tone colour which transitions from blue to black, and looks quite subtle in appearance. The fingerprint reader sits on the right under the power button and above it, is the volume rocker and the dedicated Google Assistant key.

The unibody design makes the phone quite sturdy and Motorola has also made it dust and water resistant by giving it an IP52 rating. However, it's also quite a handful, not to mention heavy and chunky at 208g. What really annoyed me was the matte finish, which is a major fingerprint magnet. It only takes a second for the body to go from smudge-free to a grimy mess, and I feel that Motorola could have done better here. The smooth matte finish makes this chunky phone quite slippery and I also noticed plenty of scratches on the back after a week of use.

The Motorola Moto G51 has three buttons on the right

Another pain-point for folks with regular sized hands is the placement of the volume key, which sits high above the power button. This was a problem on the Moto G31 (Review) and even more so with the G51 due to the larger footprint. Pressing the Google Assistant key will require you to use your other hand as it's completely out of reach, sitting closer to the top corner of the frame. Thankfully, you won't need to press it when using the phone, as voice commands work once the phone has been unlocked.

Motorola has gone with a 6.8-inch hole-punch display with the Moto G51. The display has a thin bezel around the top, left and right sides, but a noticeably thicker one at the bottom.

The Moto G51 debuts Qualcomm's latest Snapdragon 480+ SoC. It has been manufactured using the 8nm fabrication process and offers a slightly higher clock speed of 2.2GHz compared to the Snapdragon 480, which maxed out at 2GHz. There's room for external storage (up to 512GB) via a microSD card slot in the hybrid dual-SIM tray.

The Moto G51 supports 12 5G bands and offers dual 5G standby. Communication standards include Wi-Fi ac, Bluetooth 5.1, NFC, and the usual satellite navigation systems. The phone has a 5,000mAh battery and comes with a 20W charger in the box.

The Moto G51's polycarbonate back gets scratched easily

The Moto G51 ships with a near-stock version of Android 11 out of the box. It offers some theming options which includes changing the icon style and the accent colour. There's also the usual Motorola gestures and a handy ‘Power touch' gesture, which opens a slide out menu with shortcuts to apps or certain functions when you double-tap the power button. This slightly customised version of Android is quite clean, and I did not notice any preinstalled third-party apps when setting up the phone.

The software on the Moto G51 felt quite smooth and fluid with regular use, thanks to the 120Hz refresh rate display. I noticed no hiccups and apps opened and closed quickly while multitasking. The LCD display does feel like a bit of a downgrade when compared to the AMOLED panel in the more affordable Moto G31, but the 120Hz refresh rate sort of makes up for it. The display produces neutral colours and it gets bright enough outdoors.

At 6.8 inches, it's quite big, which makes it ideal for watching movies and playing games. I missed having stereo speakers, even though the bottom-firing speaker was loud enough while playing games and watching movies. There's a 3.5mm headphone jack at the bottom for plugging in a pair of earphones and listening to the native FM radio app.

The phone fared well, when it came to benchmarks and was on par with what the competition offers with their MediaTek Dimensity 700 SoCs. The Moto G51 managed a score of 2,41,908 points in AnTuTu, and 542 and 1,646 in Geekbench's single and multi-core tests respectively. The phone scored 70fps and 14fps in GFXBench's T-Rex and Car Chase benchmarks respectively, and managed 3,549 and 2,432 points in 3DMark's Sling Shot and Sling Shot Extreme benchmarks.

While software performance was quite good, gaming performance was a bit below the mark. The phone only got slightly warm while playing games, which was a good thing. However, Call of Duty: Mobile and Asphalt 9: Legends did not run smoothly at their default graphics settings. There were several, random instances of lag during gameplay. Lowering the graphics settings resulted in smoother performance. Clearly, this isn't a smartphone I would recommend to someone who plays graphics-intensive mobile games, which in a way also defeats the idea of having a 120Hz refresh rate display.

The 5,000mAh battery inside the Moto G51 lasted 12 hours and 46 minutes in our HD video loop test (with the display's refresh rate set to 120Hz), which is a lot lower than what the competition delivers. However, with regular use, I managed to squeeze out a day and half, which is average for a smartphone in this segment. Charging the smartphone took about two hours and twelve minutes, with the phone reaching 35 percent in 30 minutes and 67 percent in an hour, which is not bad for this segment.

The Moto G51, like the more affordable Moto G31, has three rear-facing cameras. This includes a 50-megapixel primary camera, an 8-megapixel ultra-wide camera which does double duty as the depth camera in Portrait mode, and a 2-megapixel macro camera. Selfie duties are handled by a 13-megapixel front-facing camera. The camera interface has a simple layout, but the positioning of camera modes is customisable. Most of the settings are placed under a gear icon. The toggle to switch the video recording frame rate is hidden under a small arrow next to the shutter button.

Photos taken in daylight came out crisp and clear, but were a bit oversaturated. However, details were spot on and dynamic range was also quite good, showing good detail in the shadows and no clipping in the brighter areas of the image. Photos from the ultra-wide lens came out a bit soft and with lesser detail. The camera tends to sharpen images a bit too much when shooting photos of subjects indoors.

Selfies clicked in daylight were sharp and had good detail. Edge detection when using the Portrait mode on the selfie camera was strictly average. Macro photos looked a bit too soft and were low on detail.

In dimly-lit scenes, the camera tends to boost its noise suppression algorithms leading to images that look a bit soft, with almost flat textures. Night mode improved things a bit by brightening up the image and cutting down the overexposed parts, but also added quite a bit of noise. Under artificial light photos looked just fine with the noise being under control.

Video quality was decent and the Moto G51, unlike the G31, lets you switch between 30fps and 60fps. Stabilisation was quite good, but the level of detail was average. In low light, details took a hit, and the quality was strictly average.

With the Moto G51, Motorola has paid close attention to the smaller things, those finer details that one may not notice when glancing through the specs of the phone online, but become obvious once you actually use the smartphone. There's a quality 120Hz refresh rate display with good resistance to fingerprints. Yes, the phone is bulky, but you also get handy features such as an IP52 rating. There's also no annoying preinstalled third-party apps like on many competing smartphones and the near-stock software is lean and fun to use.

Still, there are a couple of things that Moto G51 doesn't do as well as the competition. Realme's Narzo 30 5G (Review) shoots better quality photos and is also better at gaming. It's also lighter at 185g. If more internal storage is something you crave, then the Moto G51 might be a deal breaker, as it only has 64GB of storage, which is expandable but at the cost of losing the second SIM slot. The Redmi Note 10T (Review), Realme Narzo 30 5G and the Poco M3 Pro 5G (Review) all have a 6GB RAM variant with 128GB of internal storage, which make them easier to recommend.

Despite its shortcomings, I still feel the Motorola Moto G51 is worth a second look, especially as a starter 5G smartphone for the casual user. It will also appeal to those buyers who are keen on having a smartphone with a near-stock Android experience, as it covers the basics and adds some extra features that are quite rare in this segment. Competitive gamers might want to look at some of the alternatives mentioned above as the G51 isn't cutout for the job.