The G22 boasts of a modern design, fast charging and a high-resolution selfie camera 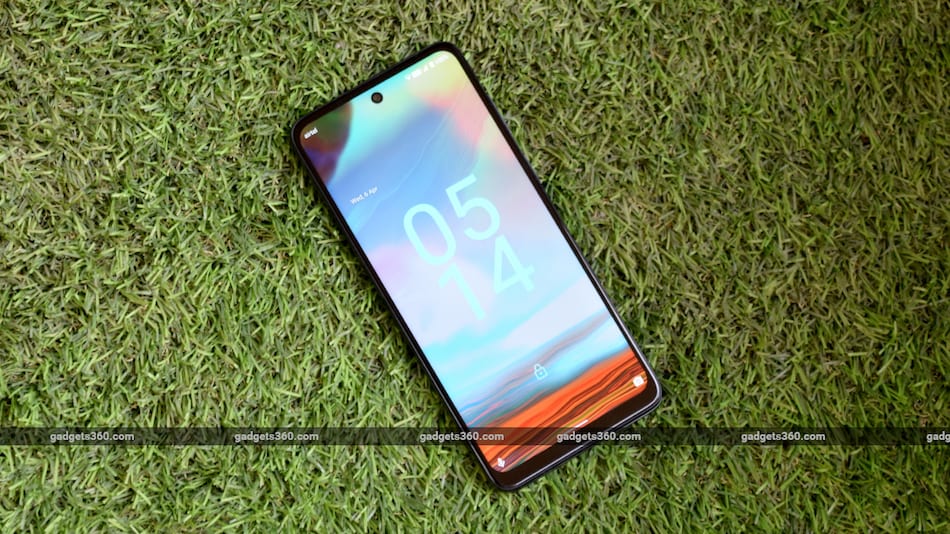 Motorola has launched a new budget smartphone in India called the G22, which promises a bit more than just the essential features. Some of its highlights are a 90Hz display, 20W fast charging, and a 16-megapixel selfie camera. Motorola has launched it in a single variant at Rs. 10,999, where it competes with other budget devices such as the Realme C35 (Review), Redmi 10 and Samsung M12. I've spent a little time with the new G22 and here are my first impressions of the phone.

The Moto G22 comes with plenty of bundled accessories for a budget smartphone. You get a transparent silicone case, USB Type-C cable, and 20W power brick, which is all very good.

For a phone with a massive 5,000mAh battery, Motorola has done a great job in keeping the weight down. The Moto G22 weighs just 185g and is 8.5mm thick. The plastics used for the body look and feel great. The back panel does pick up fingerprints but they aren't immediately visible, at least on the Cosmic Black unit that I have. The G22 is also available in Iceberg Blue and there's an upcoming Mint Green colour.

The Moto G22 has a flat 6.5-inch IPS LCD display with an HD+ (1600x720 pixels) resolution and a 90Hz refresh rate. In the little time I've spent with it, I find the colours to be decent and brightness is also fairly good when using it outdoors. The slightly rough edges of icons and text in the UI are the only real giveaways that the G22 has a low-resolution screen. The display has a hole-punch cutout for the selfie camera which is a nice, premium touch as most of the competition have dew-drop notches.

The Moto G22 has nice upmarket look for what it costs

The Moto G22 has a single speaker on the bottom and a headphone jack on the top. The SIM tray supports a microSD card of up to 1TB, along with two Nano-SIM cards. The fingerprint sensor is integrated into the power button and does its job well. The G22 doesn't have an IP rating, but Motorola claims the design is water-repellent.

The MediaTek Helio G37 SoC makes its debut in the Moto G22. The main new feature is its ability to handle 90Hz refresh rate displays, but is otherwise very similar to the Helio G35 and does not support 5G. The Moto G22 is only available in one configuration in India, with 4GB of RAM and 64GB of inbuilt storage.

The Moto G22 ships with Android 12 and Motorola has committed to three years of security updates for it. The interface looks slick and is the closest you'll get to a stock-Android experience outside of a Pixel smartphone. The G22 only has a handful of preinstalled apps. Some of the classic Moto gestures are present such as the double karate-chop action to activate the flashlight and the twist-of-the-wrist gesture to launch the camera.

Motorola hasn't skimped on the cameras on the Moto G22. The four on the back include a 50-megapixel primary, an 8-megapixel ultra-wide, a 2-megapixel macro, and a 2-megapixel depth camera. The G22 also has a 16-megapixel selfie camera. On paper, the cameras seem as though they should be able to handle basic photography quite well but we'll know for sure after testing them in the full review.

The Moto G22 is an interesting offering that's priced well considering the features it offers. The bundled 20W charger, guaranteed security updates for the next three years and a high resolution selfie camera are things that not many offer in this price range, not in a single product anyway. It's the combination of such features that makes the G22 a little unique. However, you'll need to wait for the full review to find out if the G22's performance is equally good and if you should even consider buying it. That's coming up soon.