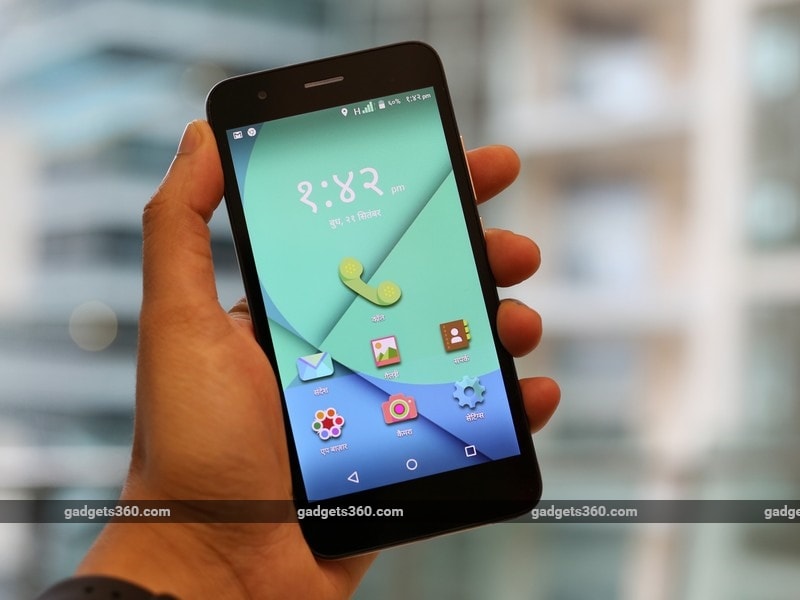 Micromax has experimented with phones in multiple price segments, either directly or through its sister company, Yu Televentures. Its Unite series, with a multi-language interface, has been extremely successful.

The Unite 4 Pro that we’re reviewing today is part of a new duo which was launched a few months back. The smartphone is not simply targeted at budget conscious buyers, but more specifically, the non-English speaking population across India who could benefit from its customised OS.

At Rs. 7,999, there are already proven alternatives in the market such as the Lenovo Vibe K5 Plus, Xiaomi Redmi 3s, and the Moto G4 Play. Let’s see if the Unite 4 Pro’s unique local language features are enough to make it worth considering.

Micromax Unite 4 Pro design and build
Micromax seems to have gotten its act together when it comes to designing smartphones, as the Unite 4 Pro is a good looking model. The design isn't groundbreaking, and in many ways, it could pass off for any of the current crop of Chinese offerings if not for the company's logo. The metal back gives it a slightly premium look, which we always welcome.

The 5-inch IPS display has good colour reproduction and viewing angles but it picks up smudges and fingerprints very easily, and is a nightmare to keep clean. The HD resolution on a screen this size is not bad for viewing text and pictures. Brightness is good and we didn’t have problems using this phone outdoors.

The phone feels a bit taller than than it should be due to the wasted space below the display. It seems like there should be capacitive buttons there, except that Micromax has gone with onscreen buttons.

The metal rear cover is removable, which helps conceal the SIM slots, microSD card slot (with support for cards up to 32GB capacity) and the battery, which is non-removable. The cover is a bit tricky to open and our unit put up a real fight before we managed to get it off. There’s a circular fingerprint sensor around the back, along with the speaker and camera module.

The Unite 4 Pro ships with a standard 7.5W adapter, a data cable, and instruction leaflets. Overall, we like the design and build of this device. Its size and shape also make it comfortable to use on the move, even with one hand.

Micromax Unite 4 Pro specifications and features
Micromax has MediaTek in favour of a quad-core SoC from Spreadtrum (SC9832). The chip consists of four ARM Cortex-A7 cores running at 1.3GHz and a Mali-400 GPU pulling of graphics duty. It’s not a great processor to be honest; Android runs a bit sluggishly at times, and this is also reflected in the benchmark tests. AnTuTu returned a score of 22,445 while 3DMark Ice Storm gave us 3,588 points, both of which are lower than what a basic MediaTek SoC (like the MT6735P) can achieve.

What makes the Unite 4 Pro unique is that it comes with Indus OS 2.0, a 'regional OS' built on top of Android, which Micromax uses in its other models including the Canvas and Bolt lines. In its latest iteration, the OS supports a total of 12 regional languages, which could make phones more approachable for people who are not accustomed to the English language.

The OS is smartly designed, as only part of the launcher and a few apps (like SMS) are customised, while the rest is pretty much stock Android. During initial setup, you can select your primary language and your mother tongue (or any other language you're comfortable with), and easily swap between the two.

This goes beyond just changing the language. Indus Swipe will translate or transliterate between English and your native language in the SMS app, depending on which way you swipe. This feature only works with the SMS app although you will get regional alternatives to the words you type in any app using the Indus keyboard.

Indus Reader is text-to-speech platform that lets you hear text in your selected language (currently supports nine languages). The Indus keyboard has integrated native language word prediction and autocorrection for all languages. The cool thing is you can type in English and then transliterate your message before sending it, which is helpful. The translation from English to your native language is not always perfect with complex sentences, but it works well for quick responses.

Another unique feature is App Bazaar which shows you apps in your native language and also lets you buy apps through carrier billing. This could be useful for those who don’t want to bother with using credit cards to buy apps. Currently, only Airtel, Idea, and Vodafone are supported.

Micromax apps like M!Account, M!Live, and App Centre cannot be uninstalled but you can get rid of the host of other third-party apps that include shopping apps like Snapdeal and Amazon; Hike messenger; a couple of trial games; Dailyhunt; Opera; and Citrus Cube for paying utility bills.

Micromax Unite 4 Pro performance
The Unite 4 Pro is a good phone to live with thanks to the comfortable form factor and the fact that it doesn’t heat up during everyday use. General performance is not terrible but the SoC isn’t very capable of multitasking, which is where you’ll encounter stutter and lag. App loading times aren’t very good either. An example of this is when we were trying to set up the fingerprint sensor and the phone refused to begin the registration process simply because there were apps downloading in the background.

Speaking of the fingerprint sensor, it’s slow to respond and not terribly accurate. We encountered many misses during our usage. The phone manages to handle full-HD video playback but audio quality is below average. The speaker is decently loud for alerts but that’s about it. Even with aftermarket earphones, the audio quality is well below average. The Gaana music streaming app is the default music player for local audio files.

The rear 8-megapixel camera is fairly quick to focus in daylight, and pictures retain good colours. The app tends to over-sharpen images, which is noticeable once you zoom in. Focusing speed drops in low-light and indoor scenarios, along with the level of detail, however, pictures don’t have as much noise as we expected them to. There is quite a bit of shutter lag though, so unless your hands are really steady, you'll end up with blurry pictures.

Video recording maxes out at 1080p for the rear camera and 480p for the front 5-megapixel camera. Selfies come out decently well, provided the lighting is good. The camera app is essentially the Google Camera app so it’s very simple to use with basic features like HDR and Panorama present.

Coming to battery life, the phone packs in a 3900mAh battery which ran for 13 hours and 14 minutes in our video loop test, which is very good. We’re surprised it didn’t last longer considering the low-power SoC in use. With regular mixed usage with 4G, we easily went beyond a day. Charging is painfully slow, and you're looking at least five hours before the battery is full.

Verdict
The Micromax Unite 4 Pro will cost you Rs. 7,999, which feels expensive considering the phone isn’t very good when you look at it as a whole. It does certain things very well like manage battery life. It also has a very user-friendly OS and a decent design and build. The native language integration is very well done, and is easily this phone's defining feature.

However, the Unite 4 Pro is very underpowered, especially at this price point, and therefore doesn’t provide the best Android experience. Other issues like weak audio performance, the finicky fingerprint reader and average camera quality make it tough to recommend.

A price correction could make this phone more worth considering, except if the language features are that important to you. If not, there are less expensive options from Micromax or any of its competitors.