Mi 11X Pro sits right in the middle of Xiaomi’s Mi 11 series, but does it strike the right balance? 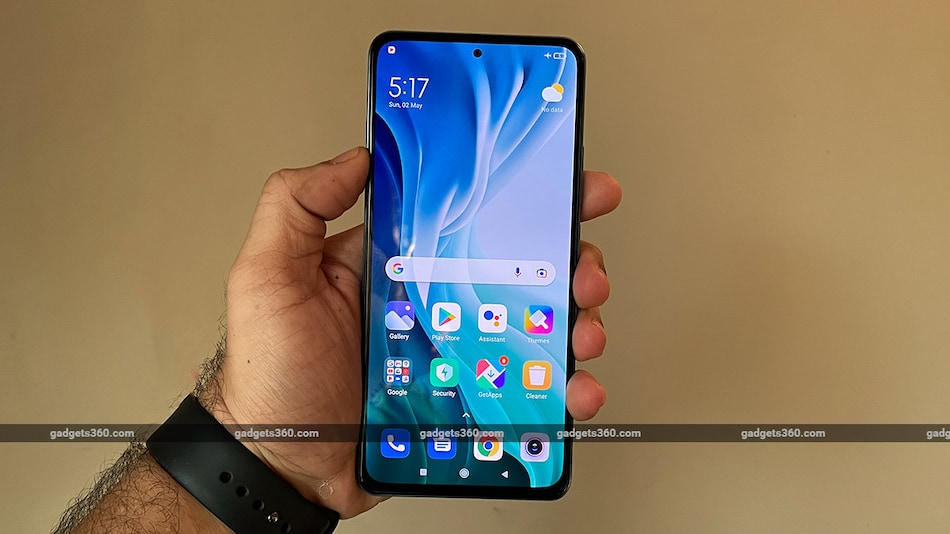 Xiaomi made headlines with its Mi 11 series launch, bringing in three premium smartphones at vastly different price points. The Mi 11 Ultra is a top-of-the-line flagship that boasts of impressive hardware and a powerful camera setup. On the other end is the Mi 11X, which is priced starting at Rs. 29,990 and makes the Qualcomm Snapdragon 870 accessible to a wider audience. The Mi 11X Pro sits between these two models. It has more powerful hardware and a higher resolution primary camera than the Mi 11X, and its Rs. 39,990 starting price puts it right up against the OnePlus 9R. I got my hands on the Xiaomi Mi 11X Pro, and here are my first impressions.

The Mi 11X (Review) and Mi 11X Pro look identical, and it will be hard for people to tell them apart. Both these smartphones come in three colour options, Cosmic Black, Lunar White, and Celestial Silver. I had the latter which looks a bit flashy thanks to its gradient finish, compared to the other two. The reflective rear panel of my Mi 11X Pro made it hard to spot fingerprints.

Xiaomi has focused on build quality, and the Mi 11X Pro looks premium. At the front, it has a big 6.67-inch with bezels that aren't too thick. You get a full-HD+ resolution and a high refresh rate of 120Hz. The panel is HDR10+ certified and has a claimed peak brightness of 1300nits. There's a tiny hole for the 20-megapixel selfie camera.

I like the fact that Xiaomi has managed to keep the thickness of the device down to 7.8mm, which makes the device comfortable to hold and use. The Mi 11X Pro weighs 196g and is just about manageable for single-handed use. It has Corning Gorilla Glass 5 at the front and the back which should help prevent scratches to some extent.

The frame of the Mi 11X Pro seems to be made out of polycarbonate, and the power and the volume buttons are on the right. The power button is positioned towards the centre of the frame and has an integrated capacitive fingerprint scanner. The volume buttons are above the power button but are still within reach. The left side is bare. Xiaomi has positioned the SIM tray at the bottom, alongside the USB Type-C port and loudspeaker. The Mi 11X Pro is IP53 rated for dust and water resistance, and there is a rubber seal around the SIM tray.

The 108-megapixel triple camera setup on the Mi 11X Pro

You also get stereo speakers on the Mi 11X Pro, and there are speaker holes at the top of the frame. The phone also supports Dolby Atmos sound enhancement. Xiaomi has neatly integrated an IR emitter on the top in the speaker grille.

At the back, the huge camera module with three lenses is bound to catch your attention. The primary camera is a 108-megapixel shooter which is a considerable jump compared to the 48-megapixel one on the Mi 11X. The other two cameras, the 8-megapixel ultra-wide angle camera, and the 5-megapixel ‘telemacro' camera are the same on both the Mi 11X and the Mi 11X Pro. The camera module also has a microphone for better audio quality while shooting. Given the similarities between these two phones, it isn't surprising that the 4520mAh battery capacity and support for 33W fast charging are also identical.

The Mi 11X Pro is powered by the Snapdragon 888 processor. It's the top-of-the-line Qualcomm processor for 2021, and has recently been seen powering the Mi 11 Ultra, Vivo X60 Pro+, OnePlus 9 series, and Asus ROG Phone 5. Xiaomi has paired this processor with 8GB of LPDDR5 RAM and there are two storage options; the base 128GB variant is priced at Rs 39,999 and the 256GB variant is priced at Rs. 41,999. Storage isn't expandable on the Mi 11X Pro, so given the small difference in price, I would suggest opting for the 256GB variant.

Xiaomi ships the Mi 11X Pro with MIUI 12.0.1 on top of Android 11 and my unit has the April security patch which is fairly recent. The UI is very easy to use but the phone does come with a fair amount of bloatware preinstalled. It also does suggest more apps during the setup process, which I declined.

The Mi 11X Pro has support for 5G, Bluetooth 5.2, Wi-Fi 6, and six navigation systems including NavIC. It misses out on NFC though.

Xiaomi has priced and positioned the Mi 11X Pro right up against the OnePlus 9R (Review). It packs in serious hardware while being relatively affordable. So is the Mi 11X Pro the perfect smartphone for those who want the best features without paying flagship prices? Stay tuned to Gadgets360 for the full review.