Can Xiaomi's latest premium model take on the OnePlus Nord? 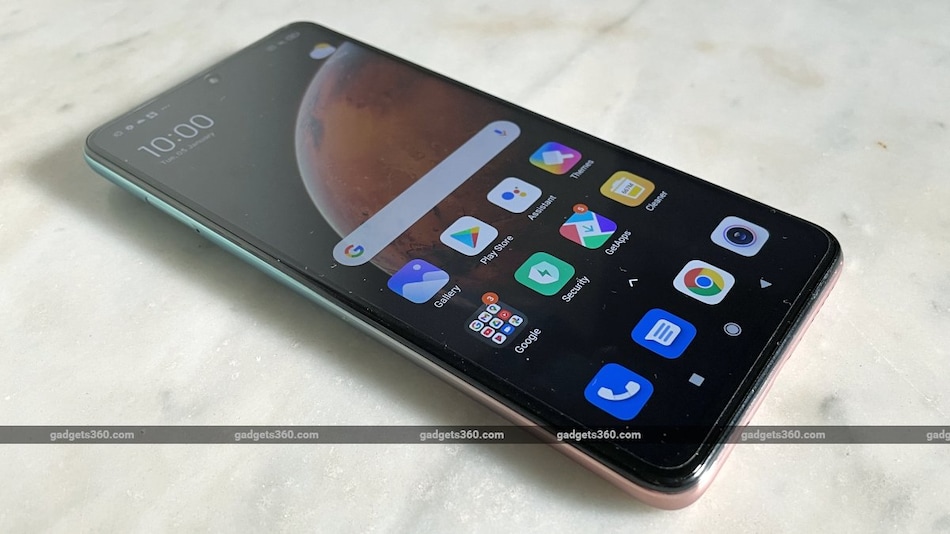 The Mi 10i price in India starts at Rs.

The OnePlus Nord has been pretty tough to beat in the sub-Rs. 25,000 segment ever since its launch. Xiaomi is gunning for exactly that market now with the new Mi 10i. This phone is positioned as the most affordable member of the Mi 10 family, though it's completely unique model. It boasts of a 108-megapixel camera, 5G connectivity, Qualcomm Snapdragon 750G processor, and smart design. There's also at least one little surprise that will please fans and give Xiaomi a leg up over OnePlus. A full review is coming up soon, but read on to find out what I think about the new Mi 10i after spending a day or two with it.

First of all, this is a pretty bulky phone. It has a 6.67-inch screen, which means you'll have to stretch your thumbs quite a bit to reach all four corners. It's 9mm thick and weighs 214.5g which definitely push the limits of convenience in everyday use. Thankfully the camera bump on the back doesn't stick out too much.

Xiaomi offers the Mi 10i in three finishes – Midnight Black and Atlantic Blue are the sober options, while Pacific Sunrise is a blue-white-orange gradient that's meant to look somewhat like the horizon over a beach. The rear is smooth but not slippery, and I'd suggest using the bundled plastic cover.

The fingerprint sensor is integrated into the power button on the right. On the top, you'll find an Infrared emitter for controlling appliances with. The hybrid dual-SIM tray means storage expansion will have to come at the cost of a second SIM. The speaker on the bottom works in conjunction with the earpiece for stereo sound.

The first major surprise is on the bottom – we have a 3.5mm audio socket, which is pretty rare these days. Another noteworthy touch is IP53 water and dust resistance, which also isn't common at this price level. Many buyers will also be glad to note that there is a tiny white alert LED next to the earpiece for charging status and incoming notifications. These features are worth considering when comparing the Mi 10i to the OnePlus Nord (Review), Vivo V20 (Review), and Samsung Galaxy M51 (Review), which are its obvious competitors in the sub-Rs. 25,000 and even then sub-Rs. 30,000 price bands.

However, you might be a little disappointed that the Mi 10i has a full-HD+ LCD panel rather than an AMOLED one. The upsides are an adaptive refresh rate that can scale from 30Hz to 120Hz depending on the content on screen, as well as HDR10+. The screen seems to get bright enough for everyday use, but we'll have more information about this in the full review. There's also Gorilla Glass 5 on the front.

The 108-megapixel primary rear camera is definitely an attention-grabbing feature, especially at this price level. Xiaomi has used the new Samsung HM2 sensor which allows for 9-in-1 pixel binning and an effective 12-megapixel resolution – though of course you can shoot at the full 108-megapixels if you want enormous photos. It should be very interesting to put this sensor through its paces in the full review.

The rest of the rear cameras are disappointing though – there's an 8-megapixel ultra-wide camera, a 2-megapixel macro camera and a 2-megapixel depth sensor. This is what we'd expect to see on phones costing around Rs. 10,000 these days. As for the front, there's a single 16-megapixel selfie shooter embedded in the top-centre of the display.

The Qualcomm Snapdragon 750G is a fairly high-end SoC and features integrated Adreno 619 graphics as well as the Snapdragon X52 5G modem. While 5G is still a distant hope in India, it's probably worth being future-ready if you're spending money on a premium smartphone these days.

Given the pricing and room in Xiaomi's overall lineup, it's odd that storage options top out at 128GB and there's no 256GB option. There's a 4820mAh battery – or rather, two cells in parallel with a combined total of 4820mAh – and you get a 33W charger in the box.

As for software, we get MIUI 12 which has a whole bunch of interesting features and tweaks, such as a reading mode, Game Turbo mode, video dashboard, Second Space for privacy, plus loads of UI customisations. Sadly there's also a tonne of bloatware and multiple promotions for Xiaomi's GetApps app store.

The Mi 10i is an interesting new option. It feels fresh, and it brings a lot of unique touches to the sub-Rs. 25,000 space. It does seem to have some compelling specifications as well as some useful design touches, but will that be enough to unseat the OnePlus Nord? Do check out our full review, coming up soon, in which we'll have details of the Mi 10i's overall performance, camera quality, battery life, software, ease of use, and much more.