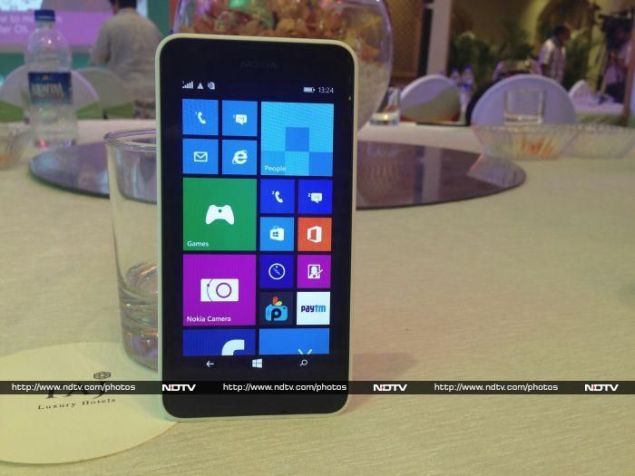 The Lumia 630 is an important phone for Microsoft.

Read the aforementioned sentence once again. Notice something amiss? Yes. It is no more a 'Nokia Lumia' device. The transition is happening steadily leaving behind the once powerful legacy of Nokia.

There are a few other noteworthy changes. The Lumia 630 is the first phone to run Windows phone 8.1 out of the box and has the distinction of being the first device to feature on-screen buttons on a Windows phone. Moreover, it is the first Lumia phone that is available in a dual-SIM avatar. In that vein, the Lumia 630 - despite being run-of-the-mill - could usher a change.

Early April, Nokia - the sale wasn't complete back then - showcased the Lumia 630 to the world at the Microsoft Build conference. In a simultaneous launch event across three cities - Bangalore, Delhi and Mumbai - Microsoft India on Monday pulled the wraps off the Lumia 630 and Lumia 630 Dual SIM.

We spent some time with the dual-SIM variant of this budget phone and here are our first thoughts. 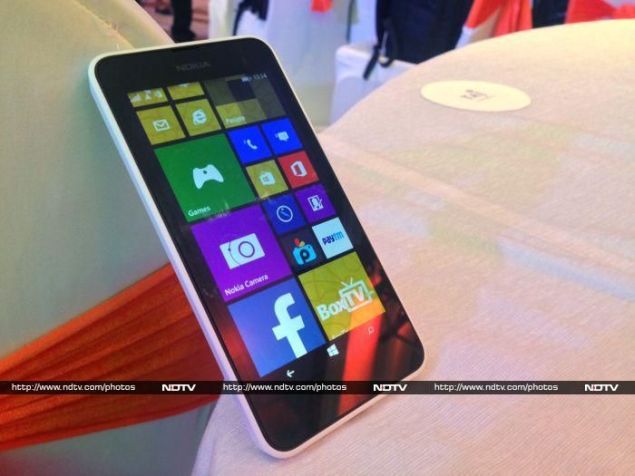 Design and features
At first glance, the white-coloured Lumia 630 Dual SIM that we played with looked like an elongated version of the iPhone 5cwith a matte rear cover. With dimensions of 129.5 x 66.7 x 9.2 mm and 134g, the phone feels solid to hold in one hand. Lumia 630 has a 4.5-inch display with a resolution of FWVGA (480x854 pixels) and Nokia's ClearBlack LCD display with Gorilla Glass 3 which translates to a pixel density of 221ppi. The screen is crystal clear with accurate colour reproduction and we were hard-pressed to find any faults with it.

Most glaring omission is the front-facing camera - a complete surprise in the era of selfies and smartphones with 5-megapixel front cameras. But we are of the opinion that it is better to have no front camera than a bad one. The 5-megapixel rear autofocus camera has no flash, which is a disappointment.

Another rather baffling decision is the inclusion of only 512MB of RAM. As we've seen in the past, this means that several games will not be compatible. On the plus side, it has a Snapdragon 400 quad-core processor clocked at 1.2GHz under the hood. The Lumia 630 supports up to 128GB of micro-SD cards, which is great for users who require more storage space than the paltry 4GB internal storage. 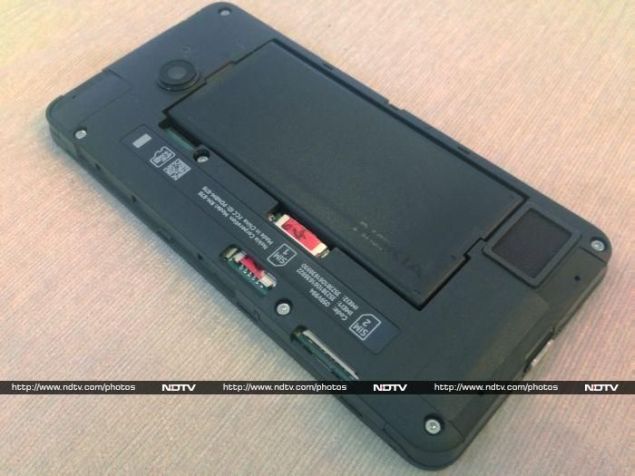 The Smart dual-SIM feature allows switching SIM cards for sending messages or for 3G at will. It also supports two different icons for phone/messaging for the two SIM cards or it can even be fused into one. The phone has an 1830mAh battery.

At the Build conference, Nokia had announced the Nokia SensorCore including an SDK for developers. Basically, the SensorCore can detect users' steps using the phone, record it and pass the data to applications like Bing Health & Fitness. This tech is present within the Lumia 630. In fact, Microsoft goes as far as to claim that one won't need to depend on wearables that focus on fitness. We are eager to test this feature when we receive the review unit. 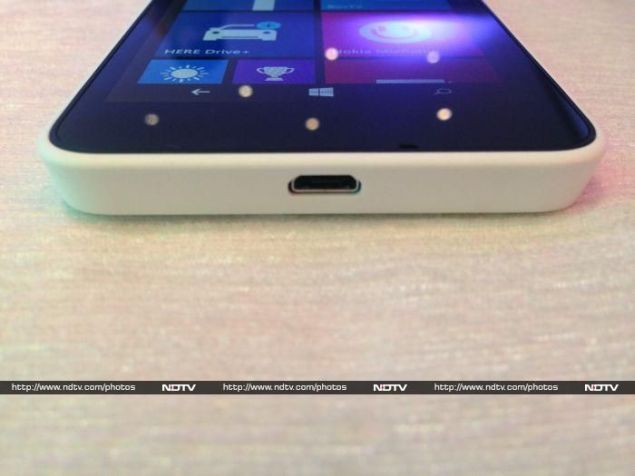 Windows Phone 8.1 and camera performance
This was our first real tryst with the Windows phone update that brings it closer to the competition. It was high time anyway for Microsoft to implement something conceptually similar to Android's notification centre for Windows phone as well. In our limited time with the phone we couldn't test the entire swath of new features in the Windows phone 8.1 upgrade but we did try a few important ones.

The notification slider in Windows phone 8.1 is called the Action Center. It has two stages of the swipe from the top of the screen motion. The first swipe opens only a single row of quick settings toggle which houses four quick access buttons to a default set of functions at start. This row is completely customisable. The second level of swipe shows the notifications from various apps. 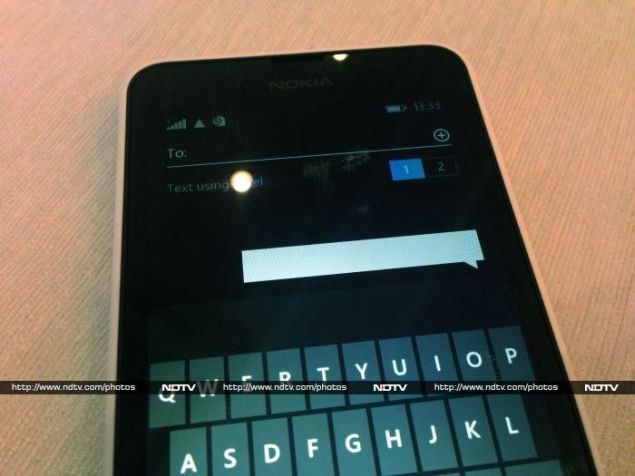 At the press conference, Microsoft played up the new Word Flow keyboard and we immediately put it to test to find out how it works. Our typing speed improved in an instant.

Users can now use customisable backgrounds that sits behind the tiles; a relief from the regular set of plain colours.

We tried the 5-megapixel camera and it managed to focus in an instant without too much lag. The captured picture on the phone's screen looked decent but it seemed to have lost some details around the edges. Longer time with a review unit would probably confirm our suspicions. 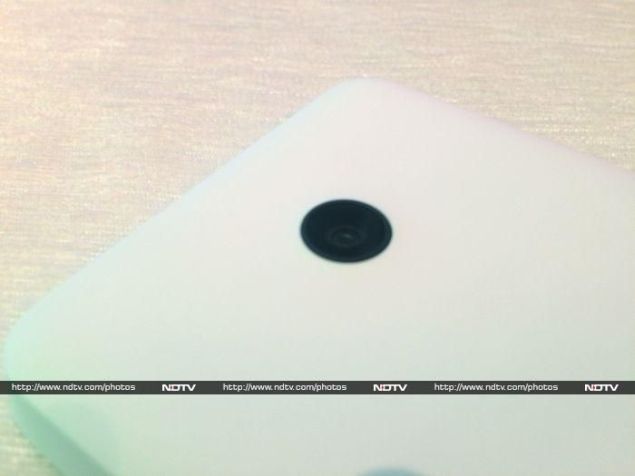 Final words
The Lumia 630 - hitting the retail shelves on May 14 - has a lot riding on its shoulders as it provides the world with peek into the world of Windows Phone 8.1 before the other phones get the update on June 24.

The single-SIM version is priced at Rs. 10,500 and Microsoft quotes a price of Rs.11,500 for the dual-SIM one. It competes head-to-head with an established behemoth - the Moto G. Also, joining the fray soon is the Moto E. The budget segment is heating up and the consumers are only glad.

Keep watching this space for our detailed review of the Lumia 630.