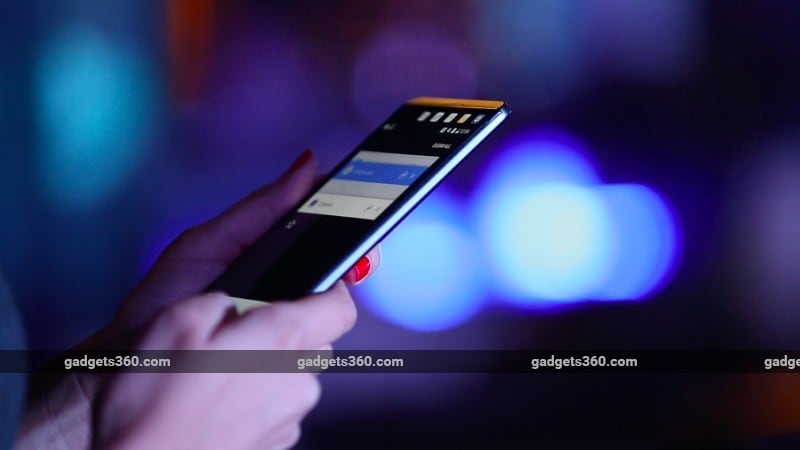 Earlier this year, LG unveiled its V20 smartphone, and as it was the first model anywhere to ship with Android 7.0 Nougat out-of-the box, it gained attention worldwide. On Monday, the company finally launched the V20 in India. It will be available from Tuesday for sale at local retailers and exclusively online through Amazon. The smartphone has been priced at Rs. 54,999.

Interestingly, LG has also announced an exchange offer which gives users an assured minimum of Rs. 20,000 off in exchange for an old smartphone. The company is also giving away a free B&O PLAY headset worth Rs. 18,000 with LG V20 purchases. At the launch event, we were able to get our hands on the device and here are our first impressions.

The first thing that you will notice about LG V20 when you hold it in your hand is that its build quality is impressive. Its body is built out of AL6013, a wrought aluminium alloy that allows for high strength and good corrosion resistance. It's also MIL-STD-810G rated for shock resistance, as per the company. At the launch event, we were asked to perform a drop test with the available units, using the hard, uncarpeted floor. We did drop the phone from around 5 feet rather than the 4 feet suggested by the company, the V20 was unscathed.

Even though the phone's durability and build quality seem to be excellent, its design doesn't particularly stand out. It measures 159.70x78.10x7.60mm and weighs 174 grams. The phone has rounded edges and a symmetrical feel to it, but LG has not tried to do something out of the ordinary. Considering the company's modular experiment with the G5, that isn't necessarily a bad thing. There's a volume rocker on the left of the device, while the power button is at the back.

The LG V20 is not hard to hold in one hand despite having a large screen. It packs a 5.7-inch QHD (1440x2560-pixel) IPS Quantum Display panel, plus a secondary display - just like on the LG V10. We found that the screen was extremely sharp but a little oversaturated. As we were able to use the V20 only during the night, we will reserve our opinion on the display's performance in sunlight for our full review.

The second screen, placed just above the main one, is an interesting concept and can be used for quick access to applications. Users can drag from the right of the display strip to gain access. You can customise the shortcuts and controls that are accessible from the second screen, and further choose whether they should be shown when the main display active. In our time with the device, we were not able to test the second screen enough to determine whether it is just a gimmick or whether it has serious potential, but it is safe to say that in terms of performance the display works smoothly.

In our time with the smartphone, we found LG V20 to be extremely snappy, and it showed no signs of lagging or performance issues. LG's UI on top of Android 7.0 Nougat doesn't feel cluttered or overly complicated, but instead rather neat. The smartphone is powered by a Qualcomm Snapdragon 820 SoC plus 4GB of RAM.

One of the most attractive features of the LG V20 is its cameras. At the rear, the phone sports a dual-camera setup with a primary 16-megapixel sensor (and f/1.8 aperture lens) as well as a secondary 8-megapixel sensor (with an f/2.4 aperture lens). At the front, we have a 5-megapixel camera with a 120-degree wide-angle lens and an f/1.9 aperture. In our time testing the device, we found its camera quality to be above average, but the impact of the dual rear cameras doesn't seem to be as substantial as in the case of the iPhone 7 Plus. The lens in the front allows for a wider view while taking group selfies and might be an interesting feature for some buyers. Again, as the scope of our testing at the event was limited, you will have to wait for the full review for more details about the camera's performance.

In the audio department, the phone features quad 32-bit Hi-Fi DACs, HD Audio recording, and B&O PLAY speakers. The company claims that the phone is capable of recording regular videos with much better sound. We found this claim to be mostly true, and the speakers seemed above average. The LG V20 has a removable 3200mAh battery and has 64GB of internal storage, which can be expanded by up to 2TB using a microSD card. The connectivity options on the smartphone include 4G LTE (with support for Indian LTE bands), Wi-Fi, Infrared, GPS, Bluetooth, NFC, and USB OTG.

At this price point, the LG V20 will be competing against the likes of the Samsung Galaxy S7 Edge and Google Pixel. Considering the powerful specs and attractive design of the Galaxy S7 Edge, and the software support backing Pixel phones, LG's V20 will likely face tough competition in the market. However, its ruggedness, dual-camera setup and second screen might be attractive enough to help it stand out.

For more updates about the LG V20 and its detailed review, stay tuned to Gadgets 360.