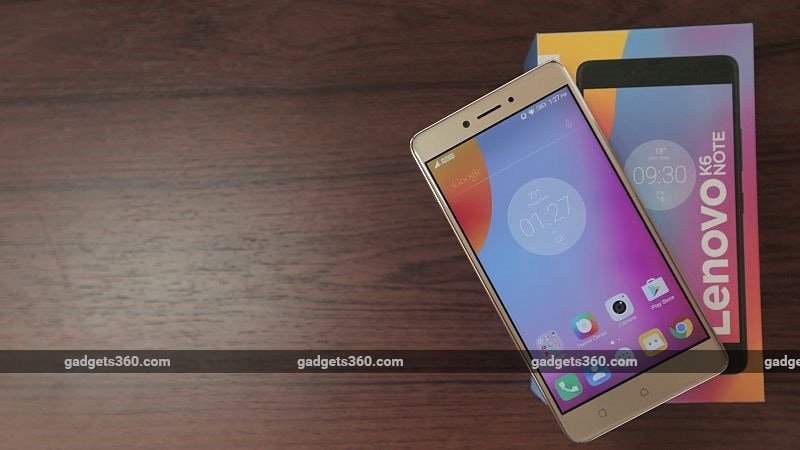 Lenovo launched the K6 Power in India last month, in an attempt to strengthen its portfolio in the sub-Rs. 10,000 segment. Considering that the company introduced the entire K6 series - Lenovo K6, K6 Power, and K6 Note - at IFA earlier this year, we're not surprised to see that the next model is already here.

The all-new Lenovo K6 Note is the company's first K-series smartphone to be available exclusively via offline channels, and the company claims that it will be available at 15,000 retail stores in the country. Lenovo also plans to promote the K6 Note heavily for the Tier 1 and Tier 2 markets in India. The K6 Note offers an all-metal body and some decent specifications. The company is also marketing its TheaterMax technology for virtual reality, and Dolby Atmos on the K6 Note. Will the Lenovo K6 Note able to compete with some of the favourites in this segment? We try to find out in our review.

Lenovo K6 Note look and feel
When the all-new K6 Note arrived at our office, we first mistook it for another K6 Power (Review) unit, because the two have nearly identical boxes. Lenovo told us that the similar retail packaging for the K6 series is intentional. At first glance, the front of the K6 Note also looks similar to the K6 Power, though the screen size is obviously a big differentiator. There is definitely a lot of consistency between the siblings in terms of design.

There are capacitive navigation buttons just below the display, and the volume and power buttons are on the side. The capacitive buttons for navigation do not have backlighting, something we complained about with the K6 Power as well. The hybrid SIM tray, which can fit either two SIMs or one SIM and one microSD card, is on the left. The 3.5mm audio jack is on top, while there are two speaker grilles on either side of a Micro-USB port on the bottom.

At almost 170 grams, the Lenovo K6 Note initially felt heavy for its size, but after using it for a few days, we got used to it. The all-metal design means that the handset feels sturdy, but the rear is also slippery. During our review, we had to be careful while using the K6 Note, especially if our hands were sweaty. Despite the screen size, we were comfortable using this smartphone with just one hand.

The front is dominated by the 5.5-inch display. The back of the K6 Note is where we see the most differences compared to the smaller K6 Power. Straightaway, we see a slight bulge for the rear camera with its dual-LED flash. This did look slightly odd and we wish that it could have been flush with the rear of the phone. While using the K6 Note, we found that the rear camera lens was susceptible to scratches.

The round fingerprint scanner is located right below the rear camera and flash. Two gold lines frame the top and bottom of the phone, and there's some company branding towards the bottom as well.

The 5.5-inch full-HD (1080x1920-pixel) IPS display on the K6 Note is vibrant and produces really sharp text and colours. The brightness is decent for outdoor use. There is no protection such as Corning Gorilla Glass for the display which seems like a potential weakness considering that competitors do offer this. Compared to the K6 Power, the K6 Note's bigger screen makes it better for watching videos and playing games. Overall, the Lenovo K6 Note felt sturdy. The phone ships with a headset, a power adaptor, a Micro-USB data cable, a warranty card, and a user manual.

The K6 Note sports a 16-megapixel rear camera with PDAF (phase detection autofocus) and a dual-LED flash. At the front, the K6 Note retains the same 8-megapixel front camera seen on the K6 Power. Connectivity options on the handset include 4G with VoLTE, Wi-Fi 802.11 b/g/n, Bluetooth 4.1, and GPS. The K6 Note also includes an accelerometer, gyroscope, proximity sensor, and digital compass.

On the software front, the Lenovo K6 Note runs Android 6.0 Marshmallow with Lenovo's Vibe Pure UI on top. We liked using it on the K6 Power, and it's still good. Other software features are common across the models as well, including the app lock functionality that allows users to lock any app behind a fingerprint; Dual Apps mode, which lets users have two WhatsApp and other accounts on the same phone; and Fingerprint Snap, which lets the fingerprint sensor act as an alternative shutter button. Overall, Vibe Pure UI is smooth and feels fast with only a small amount of bloatware.

(Also see: Lenovo's AntVR Headset Is Easy to Use, for VR or Basic Big-Screen Fun)

With the K6 Note, Lenovo is once again promoting its TheaterMax technology and ANT VR headset, which was initially launched with the Lenovo Vibe K4 Note (Review) at the beginning of 2016. The headset basically allows users to experience media such as movies, games, and other content with a 100-degree field of view which is almost equivalent to a cinematic experience. It is however worth mentioning that users will have to buy the Ant VR headset separately from Amazon India. We tried the new K6 Note with an Ant VR headset and it worked as intended. One can enable VR mode by long-pressing the power button, or from within the Settings app.

Considering that the Ant VR headset is fairly inexpensive and is built well, the K6 Note offers users a chance to experience VR without spending a bomb. We will however reiterate that Lenovo needs to forge partnerships with content creators to push virtual reality support on its smartphones. For now, users can only experience movies, videos, and some games.

Lenovo K6 Note performance
Despite featuring a mid-range Snapdragon 430 processor, the K6 Note was fast enough for our daily requirements. We didn't experience lag while multitasking or while flipping through multiple apps. Games like Dead Trigger 2 and Plants vs. Zombies 2 worked smoothly. We however noticed slowdowns during video calls on WhatsApp, Skype, and Google Duo, which was unexpected considering that we were using a fast Wi-Fi connection.

The fingerprint scanner at the back was quick, and unlocked the device even when in standby. Watching videos, movies, and games on the K6 Note was a treat, and the Dolby Atmos audio enhancement makes a noticeable difference. However, we were disappointed with the bundled earphones, which were below average. The Lenovo K6 Note supports VoLTE (voice over LTE) on both SIMs and we didn't experience any call drops due to handset issues.

The Lenovo K6 Note's camera does a good job when it comes to casual everyday shots. The 16-megapixel sensor with PDAF is quick to lock focus. The Smart Composition tool tries to help in different situations, but can be turned off in the camera settings. The app offers various modes including Pro, Panorama, Nightscape, HDR, Fast-motion, and Slow-motion. We especially liked the Fast-motion and Slow-motion features as they increased and decreased the subject's speed. We would have liked the ability to turn these clips into GIFs - other manufacturers such as Gionee have started adding support for GIF creation in their camera apps. 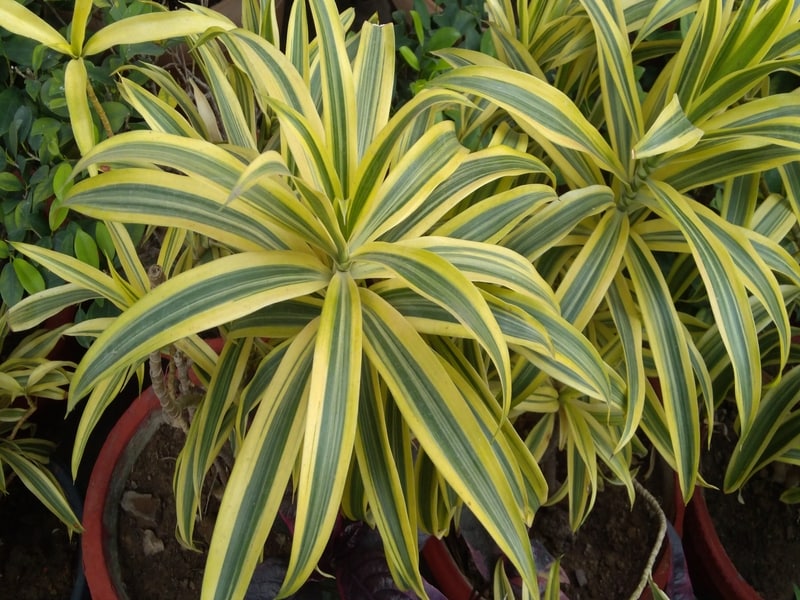 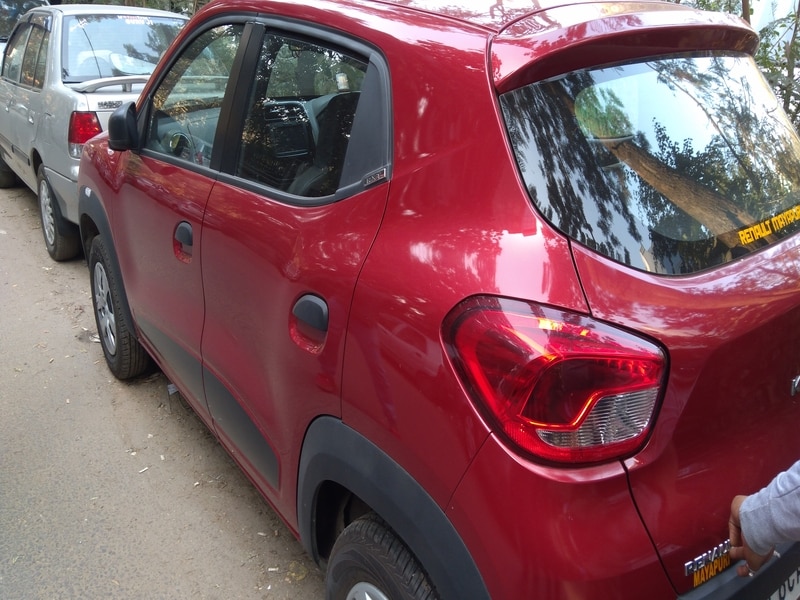 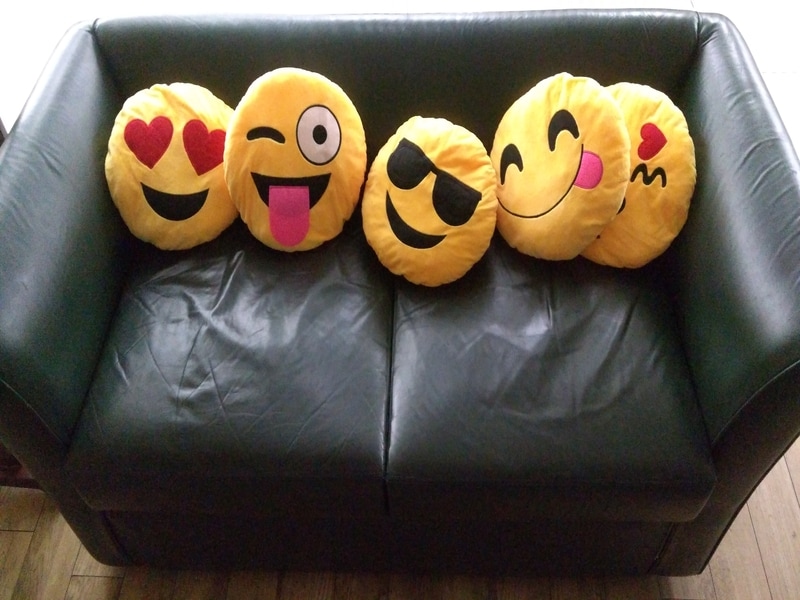 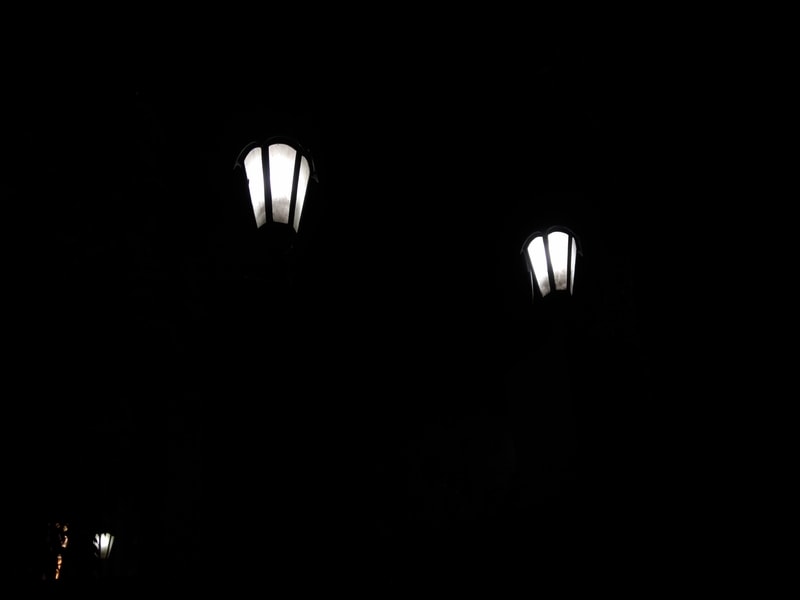 The camera interface is easy to use, and we managed to take some good detailed landscape shots. Macros also appear with decent colour accuracy and details. Images taken in daylight could have been sharper, and edges tended to have noticeable noise when seen on a larger screen. In some shots taken under direct sunlight, we noticed that colours were washed out.

We were impressed with low-light shots. Even in the dark, the camera was able to hold a subject in focus, which is good. Selfies on the K6 Note were decent for sharing casually on social media, but not very impressive overall.

We managed to get 13 hours and 20 minutes of playback time in our HD video loop test, which is decent for a battery of this size. The Lenovo K6 Power, with its smaller display, managed more playback time. In everyday usage with both SIMs active, the K6 Note easily managed to last over a day. It supports fast charging though Lenovo is not promoting this feature. We found that 30 minutes of charging filled the battery up to 50 percent, and the device could be charged fully in under 100 minutes.

Verdict
Lenovo is one of the many companies in India that have invested heavily in establishing an online sales presence, and several models in the recent past have been online exclusives. With its new K6 Note however, the company wants to reach customers who like purchasing phones offline. The K6 Note offers a large screen and a basic VR experience through the affordable Ant VR headset, which is a great feature even if it isn't always practical. We like this phone's build quality and display, but we still would have liked a more powerful SoC.

Starting at Rs. 13,999, the Lenovo K6 Note will be competing against the similarly priced Moto G4 Plus (Review) and will also have to fend off the Xiaomi Redmi Note 3 (Review) which is priced lower and offers good overall performance.