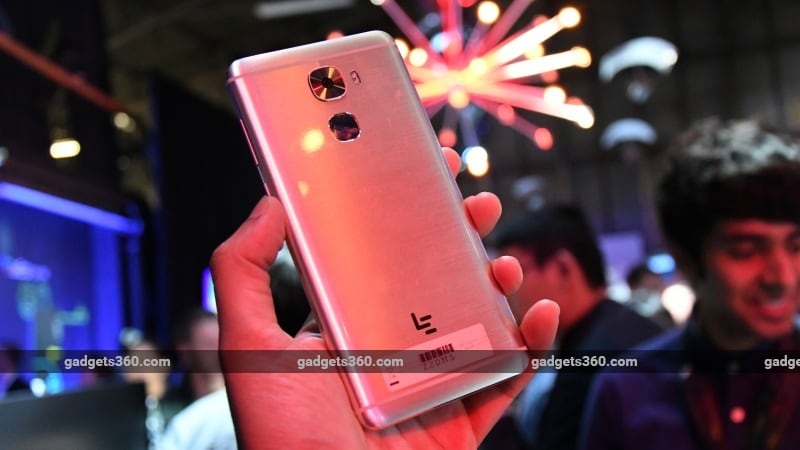 LeEco’s ‘Big Bang’ event in San Francisco on Wednesday marked the launch of the company’s US operations. We managed to get some hands-on time with the new devices, especially the current flagship smartphone LeEco Le Pro 3, and here are our initial thoughts.

If you’re in India or other countries where the Le Max 2 (Review) is available, then the Le Pro 3 will seem very familiar. In a way, it shares the same DNA as the Le Max 2 with only a few modifications. The aesthetics have improved, with rounded edges on the front and back of the device. The aluminum casing has a slight texture to improve grip, and the circular home button icon has been replaced by a ‘Le’ logo.

Button placement feels good, with decent tactile feedback. The phone is surprisingly manageable with one hand. Just like LeEco’s other recent offerings, the Le Pro 3 doesn’t have a 3.5-mm headphones socket. Instead, you get a USB Type-C adapter in the box for you to be able to use regular earphones. The phone does support the company's CDLA standard, and unlike here in India, LeEco will be bundling CDLA earphones in the box.

The 5.5-inch display looked good during our brief hands-on. The resolution is full-HD, which is still good enough to minimise jagged text and pictures. The phone is powered by a Snapdragon 821 SoC, which is currently the best Qualcomm offers. The Le Pro 3 also has stereo speakers but sadly, they both face downwards so it’s hard to gauge any real stereo effect. The phone is available in just one variant, which has 4GB of RAM and 64GB of storage.

The Le Pro 3 will ship with EUI 5.8, which is based on Android Marshmallow. The toggle switches are designed a bit differently compared to what we get here in India but apart from that, it functions pretty much the same. Streaming services like Le View and LIVE are present, giving users curated lists of live TV channels and videos from the Web. Performance is snappy as you’d expect from a phone with such a powerful SoC. There’s a 16-megapixel camera around the back and an 8-megapixel camera in the front.

It was hard to judge the exact quality of pictures at the launch event, since everything looks good on a high-resolution display. You also get the usual tricks like panorama, 4K video recording and slow-motion.

LeEco will put its flagship on sale in the US on November 2, and it will be available exclusively via the company's own LeMall store, priced at $399 (approximately Rs. 26,700). A rebate as part of the UP2U program brings the price down to $299, but that still makes it more expensive than the Le Max 2. As for availability in India, we'll have to wait and see what the company is planning.

The Le Pro 3 is a very good Android offering at its price point, all things considered, and it is going to be LeEco’s primary way of driving its content services into hands of US customers. The phones are just a small part of several ambitious projects the company is hoping to carry out. We’ll know soon if Americans are as willing to embrace an unknown player in an already crowded and competitive market as we have been.

Disclosure: The correspondent's flights and hotel for the trip to San Francisco were sponsored by LeEco.

LeEco Unveils LeSee Self-Driving Car in US But Cannot Make It Drive
Tesla to Integrate Self-Driving Tech in All Cars, Says Elon Musk