iQoo Z3 review: A Powerful Smartphone at the Right Price

In a sea of affordable smartphones, iQoo’s Z3 manages to stand out 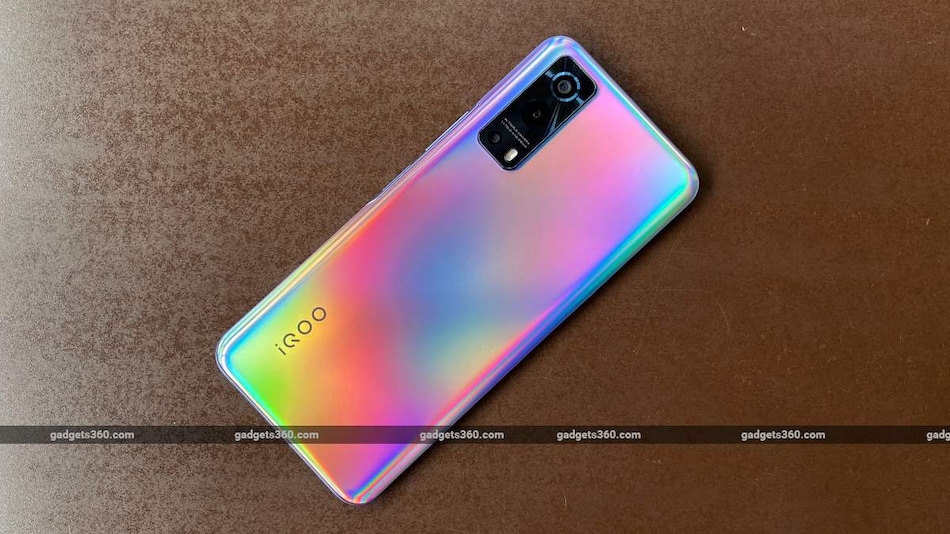 Vivo's sub-brand iQoo is no stranger to 5G. It has launched four smartphones in India so far, and all of them (including the Z3) support 5G. Since networks have yet to become operational in India, it makes a lot of sense for smartphone manufacturers to not rely only on high-speed data as a selling point. In fact, every manufacturer offering a smartphone priced between Rs. 17,000 and Rs. 22,000 has managed to bring something more to the table. Xiaomi offers a 108-megapixel camera on its Mi 10i (Review), Realme's X7 5G (Review) gets you dual 5G standby and a 120Hz Super AMOLED display, and the list goes on.

This being iQoo's first affordable smartphone for the Indian market, it has gone with the new Qualcomm Snapdragon 768G processor, which should remain exclusive for a while. In a smartphone segment that's crowded with devices from many manufacturers, has iQoo done enough to draw attention to its newest offering?

I received a Cyber Blue unit of the iQoo Z3 for review. The smartphone's frame and rear panel are made of plastic. The matte back panel feels smooth, and is good at not picking up fingerprints, but allows dust to build up easily. The Cyber Blue finish has a rainbow-like multicolour pearlescent finish that looks different when viewed from different angles. Those looking for something more subtle should go for the Ace Black finish, which features a grey and black gradient.

The phone appears quite slim and is comfortable to hold given that it features a 6.5-inch display. There is a 3.5mm headphone jack at the bottom along with the single speaker, the primary mic and the Type-C USB port. The fingerprint reader is embedded in the power button, which sits on the right side, along with the volume rocker placed above it. The fingerprint reader is easy to reach and unlocks the device instantly.

The iQoo Z3 is the first smartphone in India to feature the Qualcomm Snapdragon 768G mobile platform. Like many smartphones in this segment, the iQoo Z3 supports two 5G bands (n77, n78), but it does not offer dual 5G standby. The Snapdragon 768G is a slightly updated version of the 765G which made it to several mid-range smartphones such as the Vivo V20 Pro (Review) and the OnePlus Nord (Review) in 2020. So, iQoo offering it in a sub-Rs. 20,000 smartphone is indeed interesting.

The iQoo Z3 uses Vivo's FunTouch OS. Currently at version 11.1, it is based on Android 11, and my unit was running the May 2021 Android security update. At the time of writing this review, iQoo has yet to announce anything about a move to Vivo's next-gen Origin OS, which is already available on the Chinese variant of this phone.

The iQoo Z3's fingerprint reader is embedded in its power button, which sits on the right side

FunTouch OS looks a lot like stock Android in terms of appearance, but offers several customisations that most other Android skins usually don't. You can change the animations for the unlock screen, facial recognition, charging, USB insertion, and even putting the phone into standby and waking it. On the other hand, there is no way to customise the icon shape, like on Oppo's ColorOS or Realme's Realme UI-powered smartphones. There are also several iQoo-branded apps (including Notes, Video, EasyShare etc.) and iQoo has retained its own dialer and SMS apps on the Z3. Bloatware is limited to just three apps – Snapchat, Dailyhunt and Moj – and all of them can be uninstalled if not needed.

The 6.5-inch FHD+ LCD on the iQoo Z3 features a refresh rate of 120Hz and a touch sampling rate of 180Hz, which is useful while playing games. It uses reinforced Panda glass, which picks up fingerprints easily, and these are also quite hard to wipe off. The display gets sufficiently bright in sunlight. Colours appear a bit saturated but text and images look sharp. The 120Hz refresh rate made the software feel quite fluid in everyday use. iQoo claims that the display is HDR10 certified. I was able to stream HDR content on the Youtube app, but Netflix did not support it.

The iQoo Z3 uses Vivo's FunTouch OS, which is currently at version 11.1

The Snapdragon 765G was a good processor for mid-level gaming, and the 768G also offers good graphics performance. The iQoo Z3 performed well when playing Call of Duty: Mobile at the default High graphics and High frame rate settings, running smoothly and showing no signs of overheating. The phone started to warm up after switching the graphics and framerate to Very High (with anti-aliasing on), but maintained performance in the game. Asphalt 9 Legends also ran impressively at High Quality with no stutters or lag.

The single speaker at the bottom gets quite loud, but sounds tinny. It is good enough for gaming, but not so much for watching movies or listening to music. At least iQoo has given this phone a 3.5mm headphone jack for those who desire better audio quality.

The iQoo Z3 features a single speaker that gets quite loud, but sounds tinny

The 4,400mAh battery charges up quite quickly, going from no power to 67 percent in 30 minutes and completing the charge in 60 minutes. As for battery life, the phone achieved an impressive score of 19 hours and 32 minutes in our HD video loop test. With an hour of gaming, some photos, phone calls, and constantly checking social media apps, the phone managed most days with 30-40 percent left in the battery at night, which is quite good.

The iQoo Z3 features a triple rear camera setup with a 64-megapixel f/1.79 primary camera, an 8-megapixel f/2.2 ultra-wide camera, and a 2-megapixel f/2.4 macro camera. The selfie camera features a 16-megapixel sensor with an f/2.0 aperture. The camera interface is what you'd find on most iQoo and Vivo smartphones. The default visible camera modes can be swapped for whatever you will frequently use.

When shooting in daylight, photos came out a bit saturated with a decent amount of detail in the textures. Noise was under control and the shadows had plenty of detail, but there was noticeable purple fringing in the brighter areas of scenes. The ultra-wide-angle camera shot passable photos but was not able to capture much detail. There was also plenty of purple fringing when shooting in bright settings. The 2X digital zoom mode surprisingly produced shots with a good amount of detail. Portrait mode photos had a bit more saturation and good edge-detection.

Photos shot in low light had noise under control, but detail in the shadows was poor, even in scenes that had some form of lighting in the vicinity. The Night mode managed to brighten up scenes and bring the highlights under control.

The 2-megapixel macro camera captured odd-looking colour tones, so I preferred cropping shots taken with the primary camera instead.

Selfies shot in daylight came out clean, but seemed a bit too bright. Still, the front camera managed to expose subjects and backgrounds well. In low light, the selfie camera did a decent job as long as there was a source of light in the vicinity. Night mode messes things up and applies some sort of makeup to faces (even with beautification switched off) making people look textureless and synthetic.

Videos shot in 1080p at 30 and 60fps using the primary camera showed good detail and stabilisation. Just like with photos, I noticed a lot of purple fringing when shooting videos with the ultra-wide-angle camera. In low light, video recorded at 1080p 30fps looked a bit blurry and EIS resulted in a nasty shimmering effect when walking.

Videos recorded in 4K appeared to have some abnormal colour saturation when shooting in daylight and in low light. The same videos also lacked stabilisation, so they ended up looking jerky if recorded when walking and when panning.

With the Z3, iQoo now has a solid contender at the higher end of the budget smartphone segment. Its main hardware feature, the Qualcomm Snapdragon 768G processor, offers better performance than the competition, but it's not a giant leap.

There's also a vibrant 120Hz refresh rate display and best-in-class charging with a 55W adapter in the box. Despite its plastic frame and back, the phone still looks quite good in its Cyber Blue finish, and is also somewhat future-ready because it supports 5G. The only downside is its average low-light camera performance.

The iQoo Z3 offers incredible value for the hardware that it offers, priced starting at Rs. 19,999. Its closest competitor is the Realme X7 5G (Review) which offers 50W charging along with dual 5G standby on both SIMs.