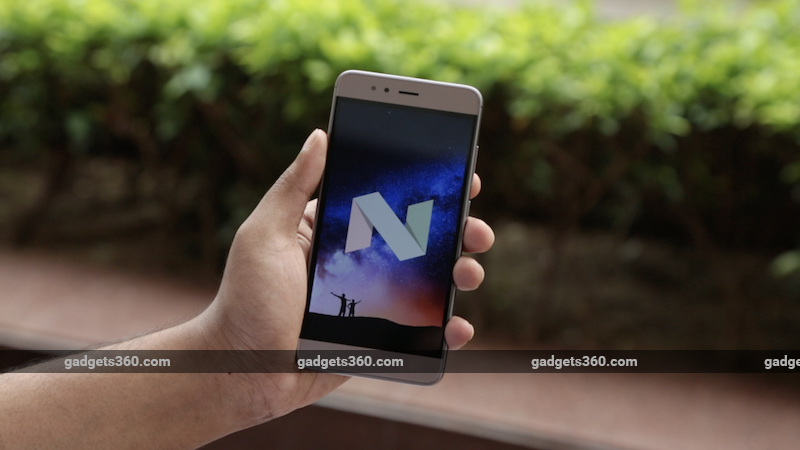 InFocus has been quiet for a while now. Its last major launch was the InFocus Epic 1, way back in October last year. The company is now back and looks to compete against the likes of Vivo and Oppo which enjoy a considerable market share in the country. At the launch event, InFocus outlined its new strategy for India, and stated that it is planning to launch more new smartphones throughout the rest of 2017.

The InFocus Turbo 5 sports an faux metal body with 2.5D curved glass in front. You see the power button and volume controls on the right, and the dual-SIM tray (Nano+Nano) on the left. The top has a 3.5mm headphone jack, while the bottom has a Micro-USB port. Over at the back, you see the fingerprint sensor just above the InFocus logo, a single camera module at the top left, and a speaker grille towards the bottom. There are also antenna lines running across the top and bottom of the rear.

As far as looks go, the InFocus Turbo 5 doesn't offer anything spectacular, but the faux metal body is a nice touch for such a low-cost smartphone, although we are disappointed the company didn't go for metal. The device feels sturdy when you hold it, and despite its large battery, it doesn't feel too heavy to carry around. At 5.2 inches, the display is not too big to use with one finger, and you should be able to handle it quite easily.

The main highlight of the InFocus Turbo 5 is its large 5000mAh battery, which the company says will give you enough juice to last a good two days. Specifically, the company claims 34 days of standby time, 50 hours of continuous music playback, or 23 hours of video calling on a single charge. Given our limited time with the handset, we couldn't determine whether the smartphone does indeed deliver on these promises, so you will have to wait for our detailed review to find out.

Apart from the battery, the InFocus Turbo 5 has the standard specifications that one expects from a budget device. It's powered by a quad-core MediaTek MT6737 processor (clocked at 1.3GHz) plus either 2GB or 3GB of RAM. In our time with this phone, we found that the UI was a bit sluggish at times, with some delays when opening the app drawer. Apps opened fairly quickly, and switching between them was smooth as well. However, we suggest that you wait for our full review to see how the smartphone handles over time.

In our brief time with this phone, we found the display had decent brightness indoors and there was no trouble with readability outdoors, although the colours seemed a bit dull and didn't pop as much as we would have liked. But for an HD display, we can't complain too much.

Notably, the Turbo 5 runs Android 7.0 Nougat, which means that you'll have features like quick app switching, multi-window multitasking, and the ability to reply from notifications right out of the box.

The InFocus Turbo 5 has a 13-megapixel camera on the back with an LED flash, and a 5-megapixel front-facing camera for selfies, both of which have f/2.2 apertures. We briefly tested the cameras outdoors, and found that the rear camera captured a good amount of light, but that colours weren't as vibrant as we would have liked them to be. The front camera focused well but we noticed that the edges of photos appeared to be hazy.

The camera app features a face beauty mode and you can adjust the Exposure, White Balance and Anti Shake in the settings. You can also set a self timer, toggle EIS, and manually set ISO as well. We will have more details in our full review.

The InFocus Turbo 5 is priced competitively, offering a premium metal design along with a massive battery. This is clearly its biggest selling point, so those who really need a smartphone that will last more than a whole day should take a look at this one.

Priced at Rs. 6,999 and Rs. 7,999, the InFocus Turbo 5 will be competing against the likes of the Xiaomi Redmi 4 and Moto C Plus. The latter two have already seen great responses from Indian buyers and we will have to see if the massive battery inside the Turbo 5 is enough to win them over. Stay tuned to Gadgets 360 for our in-depth review of the InFocus Turbo 5's performance, build quality, camera quality, and battery life.