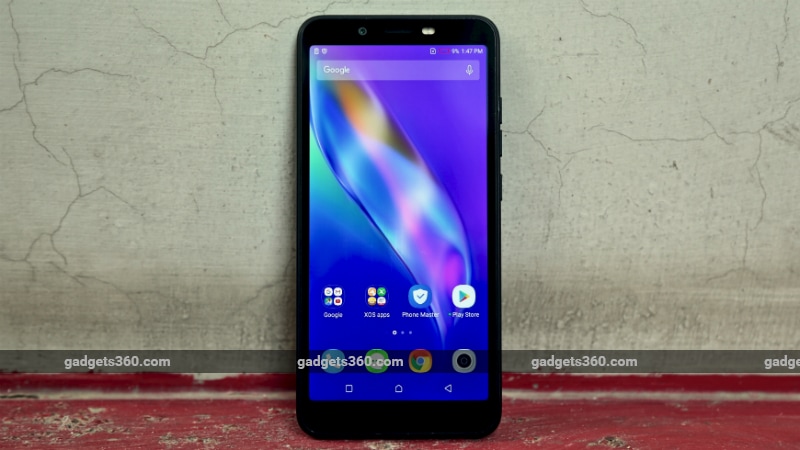 The budget smartphone space is pretty much dominated by Xiaomi, but brands such as Infinix and Comio have launched several affordable phones of late in a bid to capture a piece of this lucrative pie. Infinix is a relatively new brand in the Indian market, and has released some capable budget phones such as the Hot S3, which received a favourable rating in our review.

The brand, which is owned by Transsion Holdings, recently launched a new smartphone designed to operate in the segment now occupied by the likes of Xiaomi Redmi 6A (Review) and Redmi 6 (Review) as well as the Samsung Galaxy J4. The Infinix Smart 2 starts at Rs. 5,999 and has an 18:9 display, dual 4G VoLTE, Android 8.1 Oreo, and face recognition. While the hardware looks good on paper, can the Smart 2 impress us? We find out in our full review.

As expected from an entry-level Android smartphone, the Infinix Smart 2 is made entirely out of plastic. It has a pretty staid and business-like design, and is quite compact and well suited to one-handed use. It is available in four colours — Bordeaux Red, City Blue, Serene Gold, and the one our review unit came in, Sandstone Black (although there is no sandstone texture to speak of).

The back pops open to reveal two Nano-SIM slots and a separate slot for a microSD card. The battery is sealed in place and cannot be removed. The plastic back panel is slippery and is incredibly prone to fingerprints. The build quality is also quite disappointing. The panel is very flimsy and creaks under pressure. Ours developed a crack near the volume up button after just a few days of use.

The rear camera and dual-LED flash are placed in a pill-shaped housing that protrudes very slightly from the chassis. The LED flash is placed right below the camera sensor and it is easy to mistake the arrangement for a dual camera setup from a distance.

The power and volume buttons are on the right, are tactile, and well within reach. The power button is textured which helps distinguish it from the volume buttons in the dark. The left is bare, and you’ll find a Micro-USB port and 3.5mm headphone socket on the bottom.

The single loudspeaker is housed at the back, and is weak and tinny. It also gets muffled easily every time the phone is placed on a hard surface.

A fingerprint sensor is conspicuous by its absence. You do get face recognition though, which works well enough, but is too slow for our liking. In unfavourable lighting, the phone increases the screen brightness so as to illuminate your face before attempting to scan it. The implementation of this feature is a bit flaky, but its presence in such an affordable phone is appreciated.

The dual-SIM Infinix Smart 2 is powered by the quad-core MediaTek MT6739 SoC clocked at 1.5GHz. We tested the base variant of the smartphone, which retails for Rs. 5,999 and has 2GB of RAM and 16GB of storage. This phone is also available in another variant with 3GB of RAM and 32GB of storage, which is priced at Rs. 6,999. Both support storage expansion using a microSD card (up to 128GB).

The Infinix Smart 2 features a 5.45-inch HD+ (720x1440 pixels) LCD display with an aspect ratio of 18:9. Infinix has opted for on-screen navigation buttons which is common on most smartphones these days. Above the display, there is a notification LED, the earpiece, a selfie camera, and a dual-LED flash.

We were impressed with the display of the Infinix Hot S3 (Review), but the panel on the Smart S2 is a bit of a mixed bag. The maximum brightness level is lacking, and the display is incredibly reflective, which impacts outdoor visibility. Viewing angles are decent though, and colours are vivid and punchy.

Overall, performance is strictly average, even for an affordable phone like this one. Although navigating through the core user interface is reasonably zippy, apps take quite a while to load, Chrome exhibits stutters while scrolling through even mobile-optimised websites, and the keyboard lags while typing.

Heavy games such as Asphalt 8 are playable, but the experience is not very pleasant, with choppy frame rates and long load times. We tested the variant with 2GB of RAM and 16GB of storage, so the more expensive variant's extra gigabyte of RAM might make performance somewhat smoother.

The Smart 2 runs Android 8.1 Oreo with a custom skin called Hummingbird XOS (v3.3). The fairly recent July 2018 security patch was installed, and the skin retains much of the functionality of stock Android including an app drawer.

However, the skin lacks polish and has several quirks. There are English mistakes littered throughout the user interface, first-party applications like XTheme keep on sending annoying notifications and there’s a spammy ticker of promoted applications within every folder. Icons for random promoted apps also show up in the app drawer occasionally, with the option to download them if you so wish.

The phone comes with the entire suite of Google apps as well as several of Infinix’s own, including XClub, which is a forum for Infinix; Xshare, a file sharing app; and XTheme, which lets you apply different themes. Then there’s Cleaner, which kills background apps; Carlcare, the official app of Transsion’s authorised service provider; and Freezer, which hibernates the apps you drag into it.

In addition, the phone also comes with two games, Facebook, Flipkart, and Phoenix browser pre-installed. In short, the UI has a very busy feel to it. On the positive side, there are some nifty gestures such as a three-finger swipe to capture screenshots, and a double-tap to wake the screen.

In our HD video loop battery test, the Infinix Smart 2 lasted 11 hours and 37 minutes, which is quite an impressive score for a phone with a 3,050mAh battery. We had about 10 to 15 percent left in the tank at the end of a typical workday consisting of an hour or two of navigating using GPS, playing games such as Asphalt 8 and Subway Surfers, using social media applications, browsing the Web using Chrome, and taking a couple of photos and selfies. The lack of quick charging means the phone takes around two and a half hours to charge fully.

The dynamic range is average and exposure metering is a struggle at times, but overall, the rear camera is quite impressive for a phone in this price range. In favourable light, the colour reproduction is quite accurate, and the level of detail is adequate.

For such an affordable phone, the rear camera does a reasonable job in low light. The sensor captures a decent amount of detail. Colours do appear a bit washed out though. Video recording goes up to 1080p, but we found that clips weren't very smooth and lacked detail.

The front camera is pretty mediocre. Even with an adequate amount of light, photos lack detail and appear soft and washed out. Images taken in low light are dark and muddy and have a considerable amount of noise. The front dual-LED flash does help slightly. The front camera also has a ‘Bokeh’ mode, which uses software to blur the background. It works reasonably well but processing is slow, which leads to a lot of blurred shots.

The iOS-like camera app is quite logically laid out and offers several filters as well as a beauty mode with 10 levels of beautification. A manual mode is missing, and so is auto HDR.

Verdict
Despite its reasonable price, the Infinix Smart 2 is a bit hard to recommend. You do get dual 4G VoLTE, solid battery life, and a rear camera that is quite impressive. However, performance is underwhelming, build quality is questionable, the front camera is poor, and Infinix’s custom skin is cluttered and lacks polish. The similarly priced Xiaomi Redmi 6A (Review) offers better performance and battery life and is better rounded on the whole. If you are willing to spend a little extra, the Xiaomi Redmi 6 (Review), which starts at Rs. 7,999, is another great option to consider.