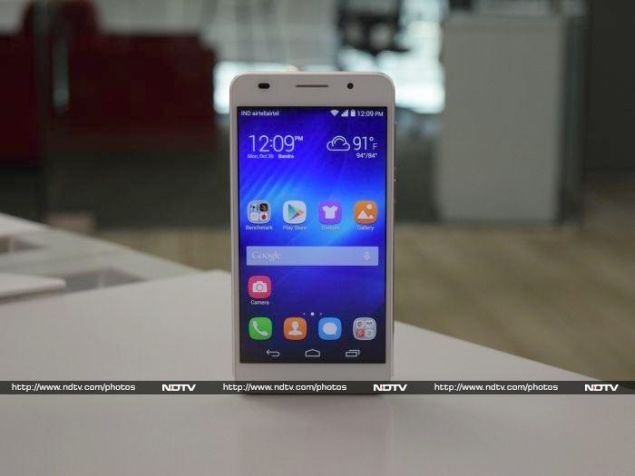 The year 2014 has seen Chinese smartphone companies trying to overwhelm Indian buyers with choices. Making this an even sweeter deal is the fact that many of the smartphones that have been introduced have top-of-the-line specifications and are not priced exorbitantly. More importantly, the perception that Chinese smartphones are either cheap knock-offs or of poor quality is slowly being erased from the minds of skeptical Indian consumers.

Huawei, a brand known in India for its routers and data cards, has announced an exclusive collaboration with Flipkart to sell the Honor 6 at Rs. 19,999. The SoC inside was developed in-house, and so was the Emotion UI skin on top of Android 4.4.2 (KitKat). This makes the Honor 6 an out-and-out Chinese smartphone. Let's find out how it stacks up against the likes of the Xiaomi, Gionee, Oppo and Lenovo, and other companies which have phones in the same price range. 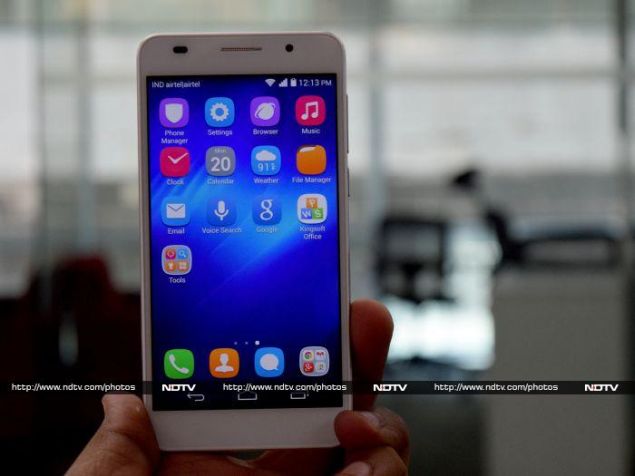 Look and feel
The Huawei Honor 6 looks like the lovechild of an Apple iPhone 4S and a Lava Iris Pro 30 (Review | Pictures). The phone has a fake glass back, which resembles the actual glass back of the iPhone 4S but in this case is susceptible to scratches. We suggest using a protective cover with the phone. There is also a fake metallic trim running around the edges that is reminiscent of the Lava Iris Pro 30 (and its near-twin, the Iris Pro 20).

The phone is made entirely of plastic which helps in keeping the weight to just 130g, making it pretty comfortable to hold. Aiding the ergonomics is the 7.5mm thickness and the thin bezels around the 5-inch screen. The phone is available in black and white colour options. We think the design of the phone is uninspiring and lacks originality. 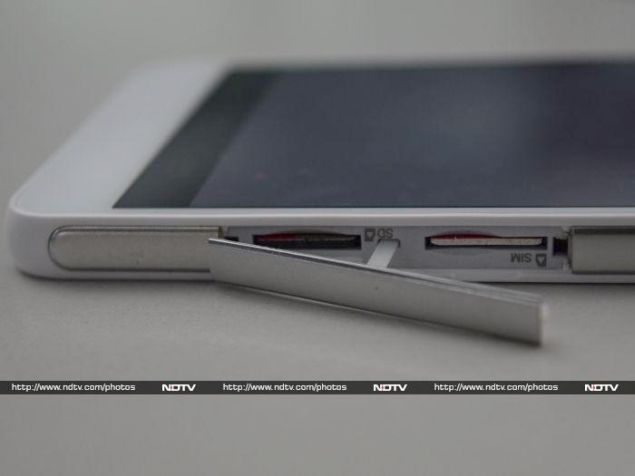 The volume rocker and power button sit on the right edge of the phone and sit almost flush with the edge which affects their tactile feedback. Also present on the right edge is a flap that conceals the slots for a Micro-SIM card and a microSD card. On the bottom, one can find a Micro-USB port and a microphone for calls. The top edge has a 3.5mm jack, another microphone and an IR blaster.

For navigation purposes, the Huawei Honor 6 has on-screen buttons. Above the display, there is a notification LED, a cutout for sensors, an earpiece, and a front-facing camera. The rear has the primary camera with dual-LED flash in the top left corner, which once again looks similar to the iPhone's design. There is a small speaker grill in the lower left corner. The battery compartment on this phone is not accessible.

Specifications, software and camera
The SoC inside the Honor 6 includes a Kirin 920 octa-core processor, which uses four 1.7 GHz Cortex-A15 cores and four 1.3 GHz Cortex-A7 cores. This was developed by HiSilicon, a subsidiary of Huawei. The SoC also has the decidedly mid-range Mali-T628 MP4 GPU. Huawei provides an ample 3GB of RAM, which we believe should be more than sufficient for Android to run smoothly. There is 16GB of internal storage space whichcan be expanded by 64GB using a microSD card.

There is a 13-megapixel primary camera with dual-LED flash and a 5-megapixel front-facing camera. The phone can connect to LTE networks, including newer Cat 6 LTE ones, though the 2.3GHz band used by Indian service providers is not supported. With respect to the other connectivity options, there is Wi-Fi, Bluetooth and NFC. 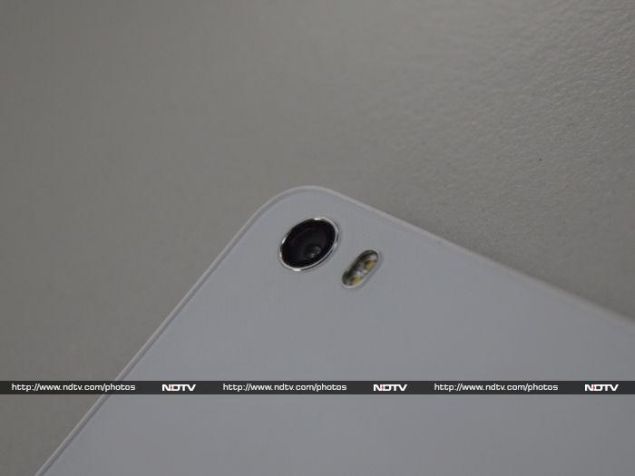 The 5-inch LCD display has a resolution of 1080x1920 translating to a pixel density of 445ppi. The problem with this screen is that it is not an IPS panel and as a result the viewing angles are not that great. The pixel-dense display has cool colours with a slight blue tint but we like the fact that the screen isn't oversaturated like S-AMOLED panels tend to be. Sunlight legibility also suffers. All said and done, this is one of the better screens you can find on a phone that costs less than Rs. 20,000.

Like many other phones being launched lately, the Honor 6 runs Android 4.4.2. Huawei slaps on its proprietary Emotion UI 2.3 which feels rather nifty. Huawei is also working on Emotion UI 3.0, which is expected to launch soon.

The lockscreen wallpaper changes every time you wake up the screen.Swiping down from the bottom brings up a few shortcuts to applications and settings that are used often. The unlocking animation is smooth and looks good. There is no app drawer; all the app icons are lined up on the homescreens. We encountered a few design inconsistencies such as text alignment issues but they were not too common. The notification shade is filled with a ton of options and frankly it feels a little overwhelming. 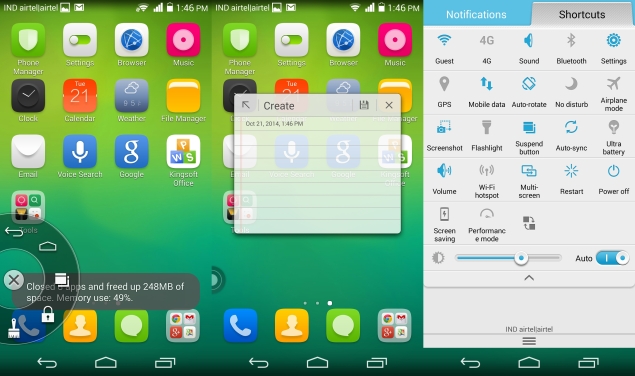 There are three themes and there doesn't seem to be any option to add more. The music app can shuffle songs according to moods such as serene, happy, sad and energetic. Thankfully, there aren't too many third party apps; only the useful Kingsoft Office suite and a File Manager. While there is an IR blaster, there is no app that can make use of this hardware. We tried a third-party app and it failed to work. 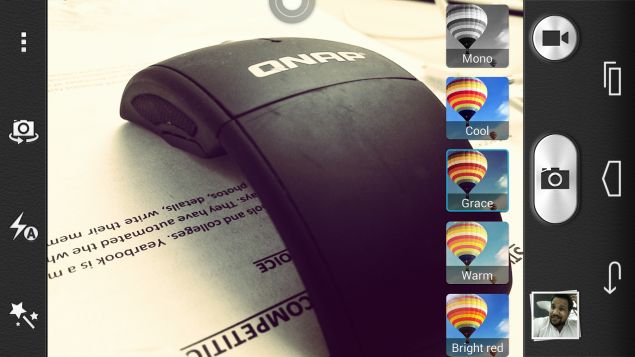 The Honor 6 uses a slightly modified version of the Android Gingerbread camera app. It has quite a few shooting modes including Normal, Smart, Beauty, Watermark, Panorama, Best Photo and HDR. There are a few filters as well. Manual settings allow power users to manipulate settings such as the ISO and white balance. 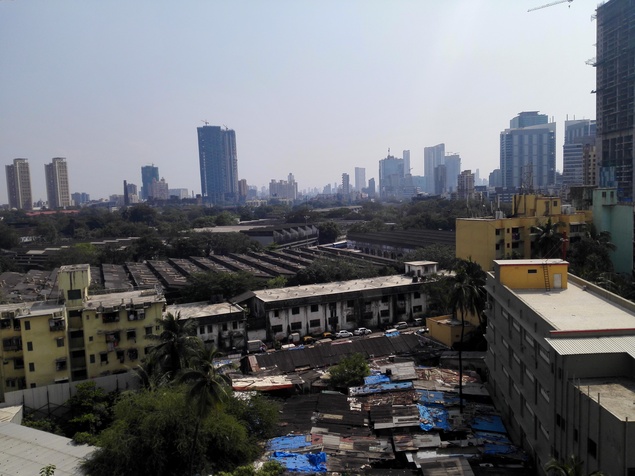 The 13-megapixel rear camera is a bit of a mixed bag. It performs decently in low light with a fair amount of detail, as the lens manages to capture enough quite a bit of ambient light. The accurate colour reproduction in daylight shots is great but unfortunately, in both our daylight and low-light testing, we noticed that noise levels were a bit too high. The 1080p video we recorded had issues with image stabilisation and exposure control. Surprisingly, the 5-megapixel front-facing camera is really good. The selfies we captured had good amounts of detail and the image quality is bound to make habitual selfie-takers happy.

Performance
As usual we ran our regular suite of benchmarks. The Kirin 920 processor screams through AnTutTu 5 and we managed to get a score of 40,700. Quadrant Standard, on the other hand, returned a score of only 11,656. The Mali-T628 MP4 GPU is not much of a performer which reflects in the GFXbench score of 17.5fps andthe 3DMark Ice Storm (>720p) score of 9026. All these scores aside, the phone is extremely fast in daily use and we faced no lags at all. Even some high-end games like Asphalt 8 and Dead Trigger 2 work mostly without lags. The performance of the phone is comparable to that of other flagships. 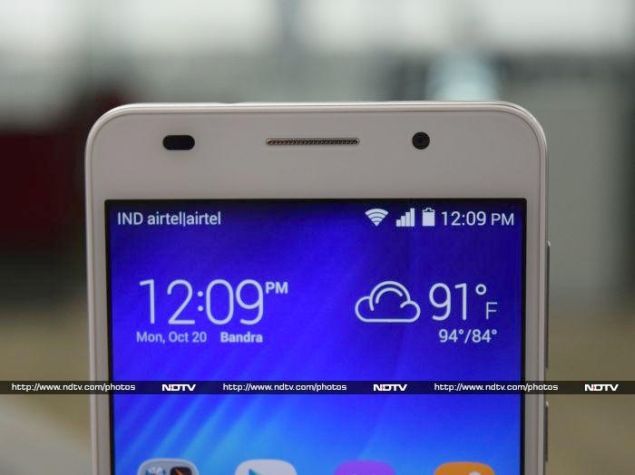 We played a few test videos and surprisingly the 1080p videos refused to work in the default player. Other videos played just fine. The speakers are adequately loud but they crackle at high volume. Despite featuring Dolby DTS technology, the sound quality using headphones is sub-par. Even the earpiece volume is really low in phone calls.

The Honor 6 has a 3000mAh battery and in our intensive test it lasted us 7 hours and 18 minutes. Also, there are some really nice power saving features in the software that can extend the battery life. 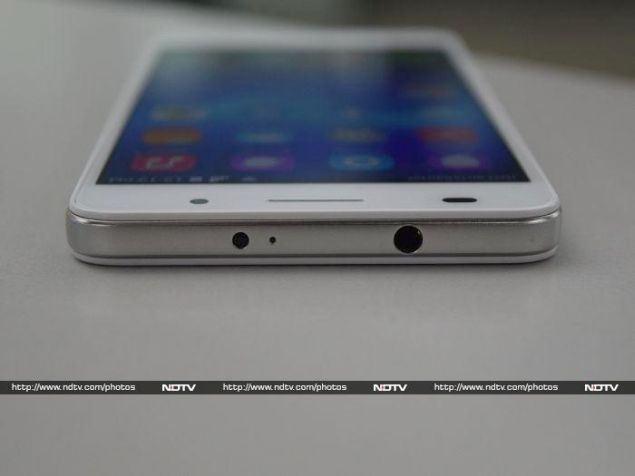 Verdict
There is no doubt that the Huawei Honor 6 is a strong contender in the sub-Rs. 20,000 price range. The phone performs really well, and has a big and crisp screen as well as good battery life. It also has a ton of connectivity features and a fairly decent front-facing camera. If you can look past the uninspiring design and middling rear camera performance, the Huawei Honor 6 is no doubt a good buy. You can also take a look at the Asus ZenFone 6 (Review | Pictures) and the newly launched HTC Desire 816G.