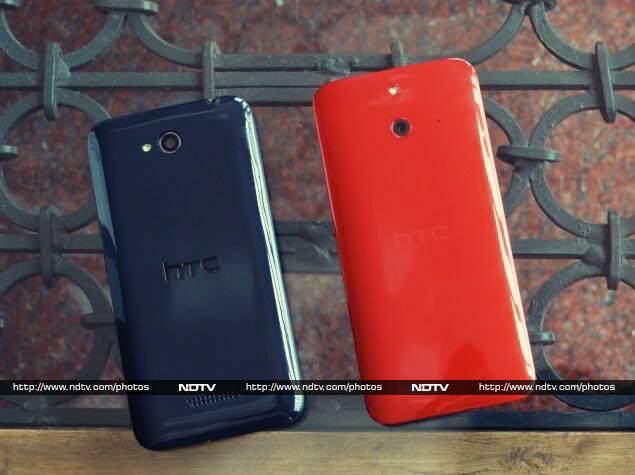 HTC on Friday launched two new Android smartphones in India, the HTC Desire 616 Dual SIM and HTC One (E8) Dual SIM, priced at Rs. 16,900 and Rs. 34,990 respectively. The company has high hopes for the two models, as they are both variations of recently launched popular models. The Desire 616 Dual SIM is the smaller sibling of the HTC Desire 816 (Review | Pictures) while the One (E8) Dual SIM is a low-cost, fashionable variant of the HTC One (M8).

Last month, HTC had announced the single-SIM variant of the HTC One (E8) suggesting that a dual-SIM version would be launched in some regions. The HTC Desire 616 Dual SIM was earlier launched in Singapore this month.

We at NDTV Gadgets got a chance to spend some time with both HTC smartphones at the company's India launch event, and these are our first impressions. 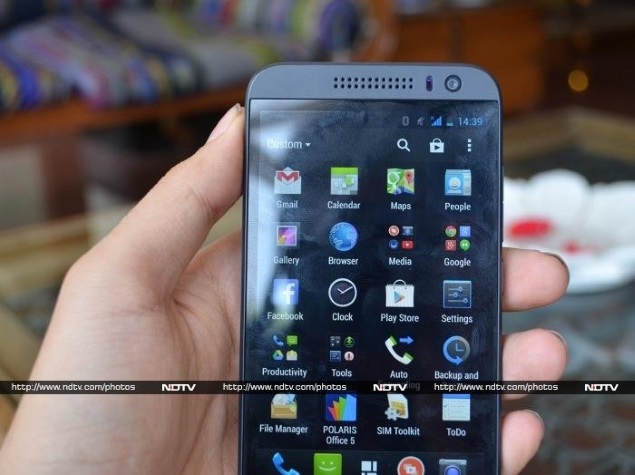 The HTC Desire 616 Dual SIM has a 5-inch display size and still fit well in our hands. The smartphone is made of plastic, and its removable glossy back panel is a fingerprint magnet (see above). The build of the phone is pretty decent, and apart from its glossy body, the device felt quite premium.

HTC has fit in the display quite well, and the Desire 616 Dual SIM looks great with its nearly invisible side bezels. The device has a 5-inch display with an HD (720x1280 pixels) resolution that works out to a density 294 pixels per inch. In our limited time with the phone, we found that HTC hasn't compromised on build quality. The only real problem is that fingerprints really do stand out. 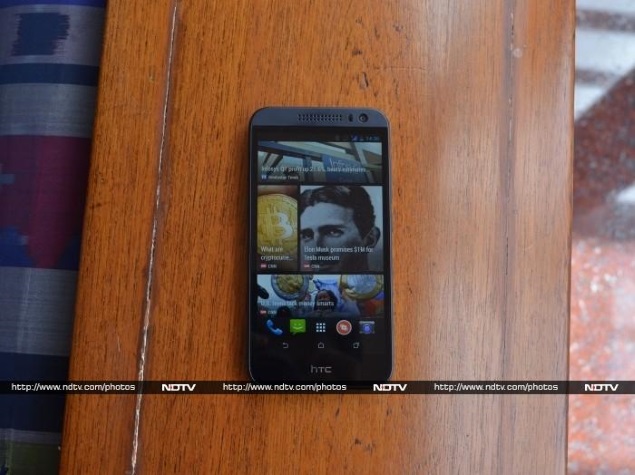 The display looked fine indoors but outdoor reflectiveness was a bit too much. We couldn't play videos on it in the limited time we had, but images looked good on screen. We will test the display in our detailed review, including its viewing angles, video playback capabilities and more.

HTC has gone with a Mediatek MT6592 octa-core SoC clocked at 1.4GHz for Desire 616 Dual SIM, coupled with 1GB of RAM. We were expecting exciting performance here, but we were a bit disappointed. We didn't try any heavy games, considering that even switching between apps on the Desire 616 Dual SIM took quite a bit of time. The device would undoubtedly have done better with 2GB RAM, but considering that even the more expensive Desire 816 has 1.5GB of RAM, this is what we get for the price. 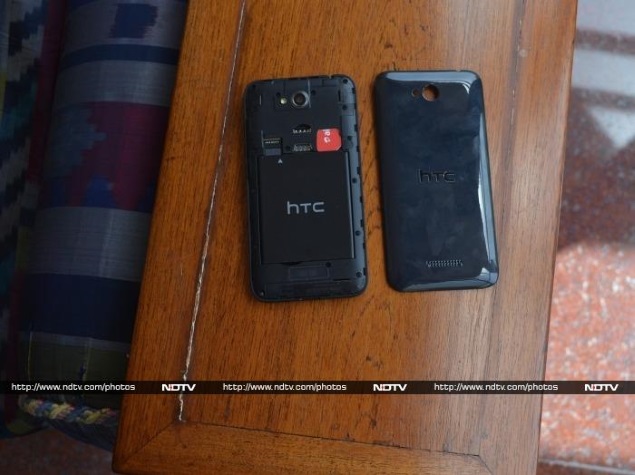 The Desire 616 has an 8-megpixel autofocus camera with LED flash that is capable of recording full-HD (1080p) videos, as well as a front-facing 2-megapixel camera with HD (720p) video recording. We took a few images indoors and outdoors, and they were pretty decent on the HD screen. Low-light images that we took didn't impress us though. Overall, it seems that the camera is nothing really special. 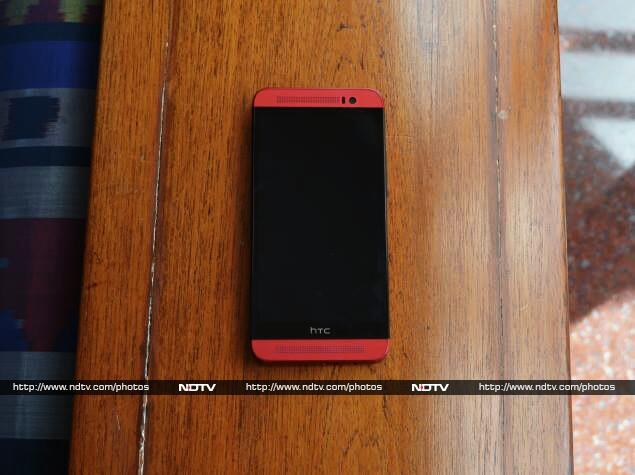 From the front, the E8 looks nearly identical to the M8, but when we turned the phone around, we really saw where the differences lie. Since the HTC One (E8) Dual SIM was meant to be a cheaper variant of the HTC One (M8) (Review | Pictures), it doesn't have the unique Duo Camera setup. HTC has instead gone with a more traditional 13-megapixel rear camera with BSI sensor and LED flash. The front-facing camera is the same 5-megapixel unit as the one on the M8. Also, all other specifications of the One (E8) Dual SIM are the same as those of the HTC One (M8), except that it offers dual-SIM support. It is 0.5mm thicker and 0.1mm taller than the One (M8), but weighs 15 grams less because of its plastic body.

We missed the Duo Camera feature. The images we captured in indoor lighting seemed a bit worse than those we've taken with the HTC One (M8)'s 4-UltraPixel camera. Since the E8 is still a premium smartphone by Indian pricing standards, we expected better from the 13-megapixel camera. Images taken with the flash in dim light were a bit grainy too. 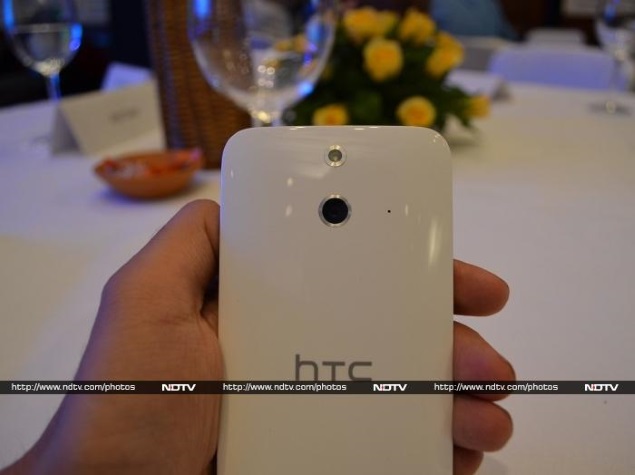 The smartphone comes in three colours - Polar White, Electric Crimson and Misty Grey - out which the grey version has a matte rear panel while other two are glossy. The polycarbonate body has the same curves as the M8's metal body does, and it feels quite nice in hand. 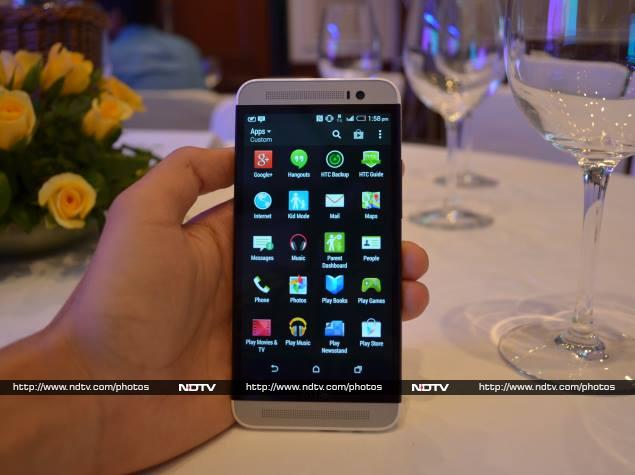 The One (E8) Dual SIM has a 5-inch full-HD SLCD 3 display and runs Android 4.4.2 KitKat with HTC Sense UI 6 on top. Just like the M8, the E8 is powered by a 2.5GHz quad-core Qualcomm Snapdragon 801 processor and has 2GB of RAM. The device didn't feel sluggish in our limited testing time, and in that regard it lived up to our expectations. Multi-tasking seemed smooth, and there were no problems with touch sensitivity either. Apps opened and closed fairly instantaneously.

Stay tuned for more detailed observations and comprehensive test results in our full reviews of both devices.