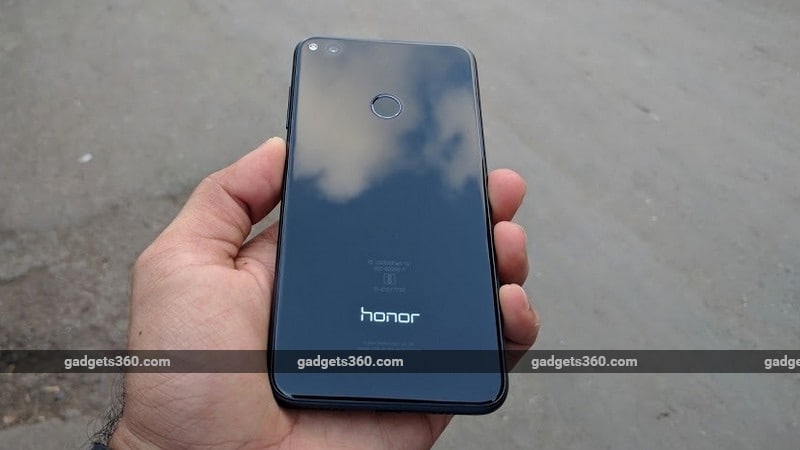 Huawei's sub-brand Honor has been selling phones in India for a while now. Huawei itself only sells the Huawei P9 (Review) and Nexus 6P (Review) officially in India, but Honor caters to a much wider audienc with phones like the Holly 2 Plus (Review) in the sub-Rs. 10,000 space, and the upper-end of the market with the Honor 8 (Review). It also launched the Honor 6X (Review) which is the among the most affordable phones to offer dual rear cameras.

The recently announced Honor 8 Lite fits somewhere in the middle of the price range that the Honor brand targets. The company claims that this phone's camera can deliver professional output, and that its in-house Kirin processor can handle pretty much anything you throw at it. So does the Honor 8 Lite live up to these claims? Let's find out.

As the name suggests the Honor 8 Lite is a toned-down version of the Honor 8 (Review) and has a lot of similarities. There's a plastic frame in the centre sandwiched between two slabs of 2.5D glass. The front is dominated by a 5.2-inch display and has on-screen buttons. There's an 8-megapixel selfie camera above the screen, along with a metallic earpiece. The Honor 8 Lite is quite good to look at thanks to its glass back, but this unfortunately is a fingerprint magnet and makes the phone slippery as well. We saw it sliding when placed on a non-flat surface. The black colour makes smudges very evident and you'll have to keep wiping this phone.

The 12-megapixel camera and LED flash are positioned towards the top left corner of the rear. On the bottom, there is a Micro-USB port with grilles on either side. The right grille houses a speaker while the left only has a microphone. A better position for the speaker would have helped, as our hands muffled it while playing games. The secondary microphone and 3.5mm headphones socket are on the top.

The Honor 8 Lite sports a 5.2-inch display with a full-HD resolution, which makes for a high pixel density. Colour reproduction is neutral but there is an option to tweak the colour temperature. If you aren't a fan of punchy colours, you'll like the display. It has good viewing angles but isn't very easy to read under direct sunlight.

Powering the Honor 8 Lite is Huawei's own Kirin 655 SoC. It is an octa-core processor with two sets of four ARM Cortex-A53 cores. One set is clocked at 1.7GHz while the other is clocked higher at 2.1GHz. It has an integrated Mali-T830 GPU, as well as a co-processor called i5 which handles sensor input when the main cores are in standby, to save power. The Honor 8 Lite also has 4GB of RAM which in our opinion is more than enough to run all kinds of apps. There is dual-SIM connectivity and the device supports 4G and VoLTE. The hybrid dual-SIM design of the Honor 8 Lite means that you'll need to choose between a second SIM and storage expansion. With 64GB of storage onboard, chances are that you won't need more. In case you do, the phone accepts microSD cards of up to 128GB.

Honor 8 Lite comes with Bluetooth 4.1, WiFi b/g/n and USB-OTG support. This phone sadly misses out on support for WiFi 802.11ac and NFC, which would have helped it score some more points in terms of hardware. In the box, Honor provides a clear case for the phone, which we recommend you use to prevent the rear panel from getting scratched.

Honor claims that the camera on this phone can deliver professional results. For it to do so, there's a 12-megapixel sensor with 1.25-micron pixels. There's a single-LED flash instead of a dual-tone LED flash like other smartphones in this segment. The Honor 8 Lite relies on phase detection autofocus (PDAF). The camera app is quite simple and easy to use. There are lots of modes to choose from before you take a photo. It has a dedicated Pro mode for photos and videos that lets you take control of all shooting parameters, so if you know your way around cameras you can set your shots up just right.

In daylight, the Honor 8 Lite's rear camera focuses quickly and the output is good. Even if you leave it set to Auto mode, the phone manages quite well. It focuses quickly and colours in photos are quite accurate. We found that the results weren't as accurate in low light, and quality improved quite a bit when we adjusted the exposure manually. Macros were good, and the full-HD display does make photos pop.

The camera app misses out on a dedicated night mode. To compensate, it detects low light and sharpens images. Photos taken at night are good but you can see that corrections have been applied. A dedicated night mode would have been helpful instead of replying purely on the phone to figure it out. In terms of video, the Honor 8 Lite can record at up to full-HD resolution. You also have the option to record slo-mo videos, and take panoramas and timelapses.

For selfies, The Honor 8 lite packs an 8-megapixel front facing camera. There is beautification mode in the app which lightens skin tones. The phone misses out on a front flash but can use the screen as a flash which is somewhat helpful in low light. Photos taken with the selfie camera are good enough to go up on social media. You can also record HD videos using the front-facing camera.

Honor gets some brownie points for shipping the 8 Lite with Android Nougat. While most other smartphones still ship with Android Marshmallow, this keeps things a bit more fresh. On top of Nougat is Honor's EMUI skin. The UI is quite basic and is very easy to use. If you do not like the way it looks you have the option to change the theme, icon pack and font.

The debate of an app drawer vs leaving all icons on the home screens can be put to rest with the Honor 8 Lite, as EMUI lets you select what you prefer. It also has a one-handed mode that can be activated easily by sliding a finger across the onscreen buttons. The phone can actively switch between Wi-Fi and mobile data for better connectivity, similar to the Wi-Fi Assist feature on iOS.

HiCloud is Huawei's cloud storage service, and it lets you save your contacts, messages, and settings on the cloud. While all this is good, the phone also has a few apps pre-installed by Honor. Health keeps a track of the number of steps you take, and HiCare has instructions on how to use the phone and also lets you book a service appointment. Third-party apps pre-installed on the Honor 8 Lite include TripAdvisor, Hotoday, Flipboard, and Opera Max.

One of the most unique things about the Honor 8 Lite is the processor powering it. While most smartphones use either Qualcomm Snapdragon or MediaTek processors, Honor uses ones manufactured by Huawei. We found that the phone handled general use quite well. There wasn't any lag or stutter while going through usual tasks. The Honor 8 Lite has 4GB of RAM which helps it deliver smooth performance, and we observed that there was over 2GB free when using the phone. RAM management is good and the phone only kills apps if they have been in the background for a really long time.

At the same time, we found that graphics scores were lower in benchmarks. The Honor 8 Lite managed 18fps in GFXBench, while the Moto managed 23fps. We could see frame drops while playing Asphalt 8. The Kirin 655 is good at general tasks but the GPU takes a hit when it comes to gaming.

The non-removable 3000mAh battery can power the Honor 8 Lite for one full day with medium to light use. It managed to go on for 9 hours, 42 minutes in our HD video loop test. Similarly priced phones like the Gionee A1 (Review) and Xiaomi Redmi Note 4 (Review) perform better in terms of battery life. Another blow to the Honor 8 Lite is the absence of quick charging. The supplied 5W charger isn't very fast either.

While most smartphones in the budget segment now have metal bodies, the Honor 8 Lite stands out with its glass design. However, those good looks come at the cost of the phone being slippery and a fingerprint magnet. The Honor 8 Lite also delivers to some extent on the promise it made on the camera front. Huawei's home-grown Kirin processor performs tasks quite well but stumbles a little when it comes to heavy tasks such as gaming.

Considering its price of Rs 17,999, the Honor 8 Lite does quite a few things well. It runs Android 7.0 Nougat with Honor's latest EMUI custom skin on top, which is easy to use. The camera performance is good and the option for complete manual control is helpful. However, if battery life and fast charging are very important to you, you might have to look elsewhere.