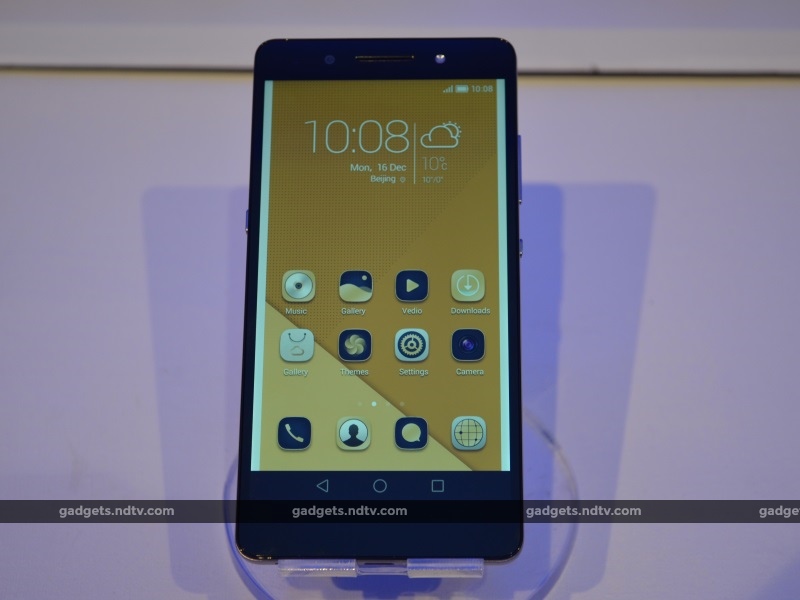 Huawei, the Chinese telecom juggernaut, has launched the Honor 7, the latest offering from its Honor stable. Priced at Rs. 22,999, the Honor 7 has some pretty decent specifications.

We at Gadgets 360 got a chance to spend some time with the Honor 7 at a pre-launch event in Goa last month, and here are our first impressions of the phone.

The first thing you notice the moment you take this phone into your hands is that the Honor 7 has a solid build quality. In terms of design, the Honor 7 looks similar to the Ascend Mate 7. The phone is a little heavy but is still surprisingly easy to hold. The Honor 7 has a metal unibody with textured plastic covers on the top and bottom. In spite of this the phone does have a very premium feel. Its curved edges make it fit very comfortably in your hands. 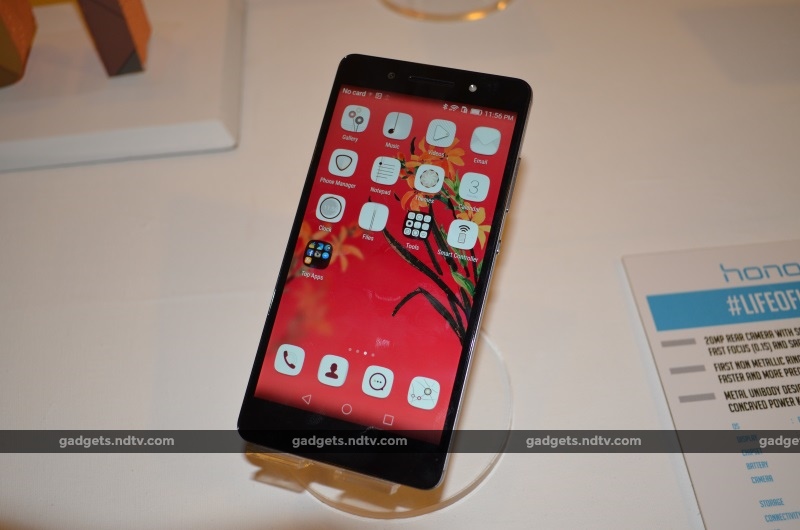 The high-end feel of the Honor 7 isn't just skin deep; it is backed up with some great features. Running EMUI 3.1 on top of Android 5.0 Lollipop, the phone has a smooth user interface and seldom shows lags. The interface looks impressive. The 5.2-inch full-HD (1080x1920 pixel) display looks bright and crisp and has good viewing angles. The screen has a pixel density of 423ppi. Touch sensitivity is also good. Huawei has used its in-house Kirin 935 processor which has four Cortex-A53 cores running at 2.2GHz and four more running at 1.5GHz. Clubbed with 3GB of RAM, it should be more than capable of handling everyday tasks. The Honor 7 houses a non-removable 3100mAh battery and supports quick charging. The Honor 7 comes with (16GB) of inbuilt storage and supports microSD cards of up to 128GB. 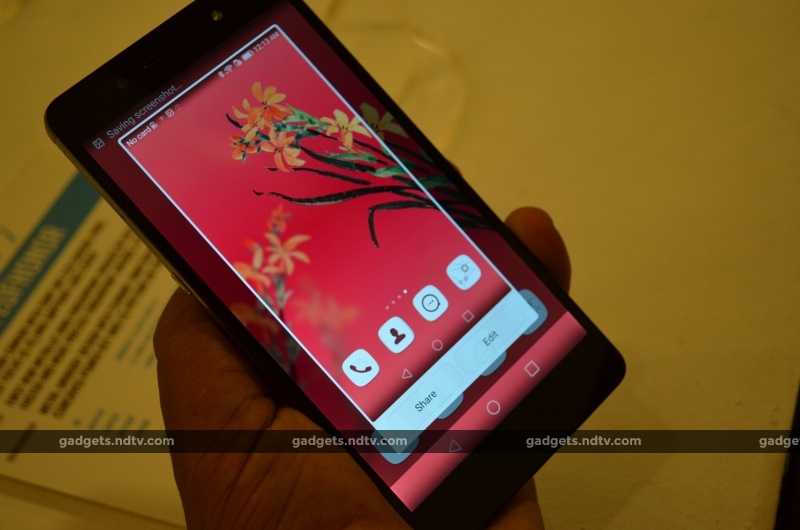 The company has added a knuckle tap feature which lets you just knock the screen twice with a knuckle to capture a screenshot. 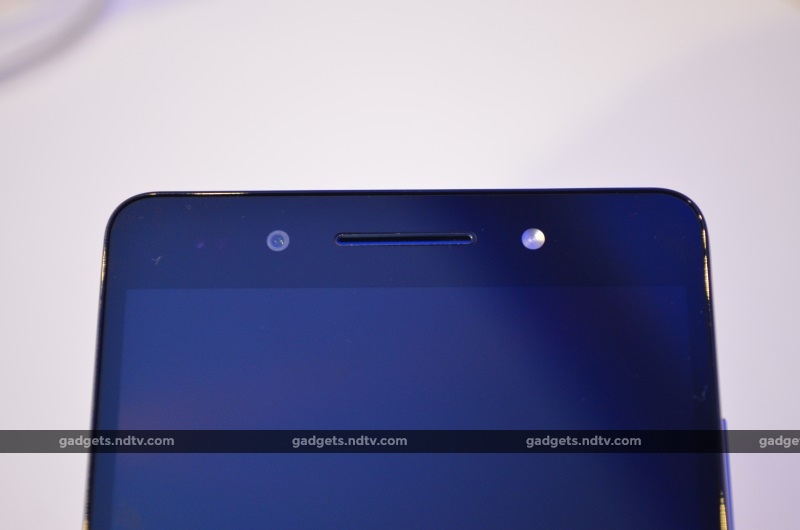 The top of the front panel houses an 8-megapixel front-facing camera along with an LED flash which can really come in handy for taking selfies. There's a 20-megapixel primary camera on the back of the phone. The camera takes a fraction of a second to focus, but image quality is otherwise good. In proper light conditions the camera can take some decent photos. We didn't get a chance to test the camera in low light. For now, we will reserve comment about the overall camera performance till we conduct our full review. 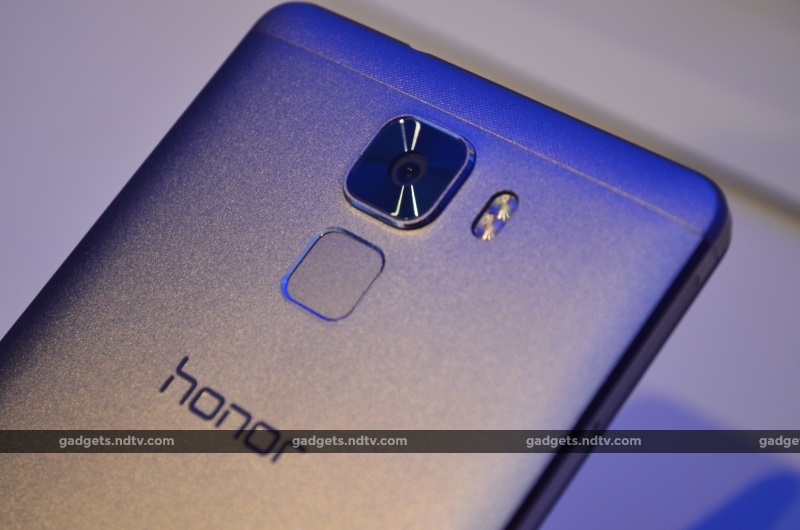 A micro-USB port for charging and data transfer sits on the bottom along with the speakers, which helps add a touch of style. The volume rocker and power button are on the right. On the top of the phone the 3.5mm jack is accompanied by an IR blaster and a secondary microphone. 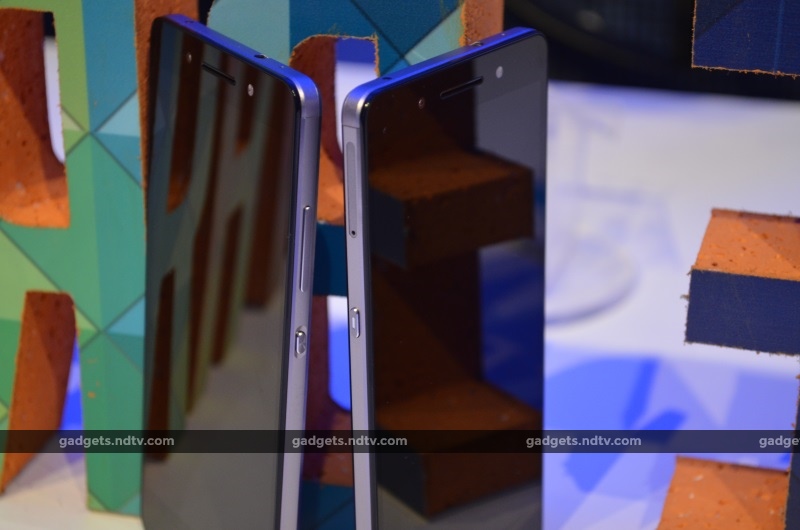 The left side is where you'll find the Smart Key, which is a physical button that you can customize to trigger a function or launch an app that you use very often. There's also the SIM tray which can be used for one nano-SIM card and one microSD card.

All said and done the Honor 7 is a premium metal-bodied smartphone packed with high-end features and an impressive build quality. For everyone out there who wants a flagship smartphone but doesn't want to spend too much money, the Honor 7 could be a strong option. Huawei has done a decent job by offering a wide range of features in a single package. The Honor 7 appears to be a good combination of beauty and brains, but is it really worth your money? To know the answer to this question you will have to wait for our in-depth review of this phone.

Disclosure: Huawei sponsored the correspondent's flights and hotel for the Goa event.