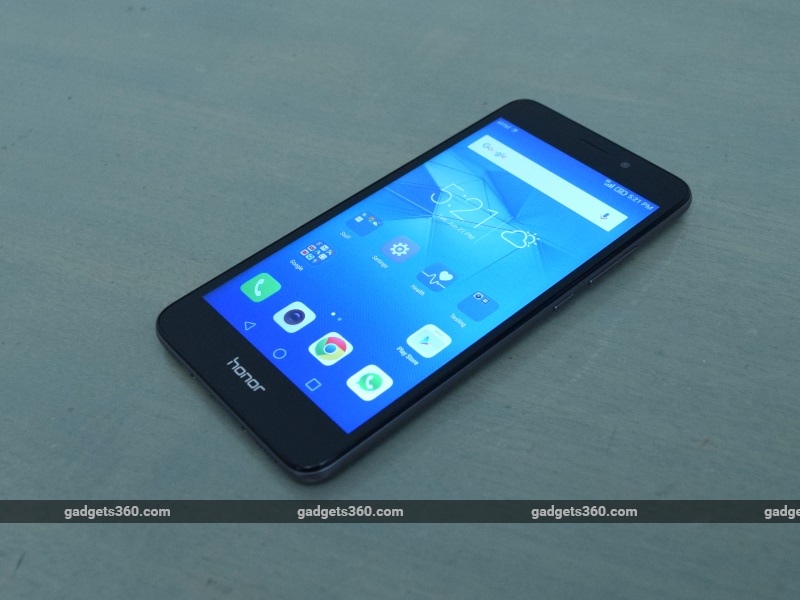 Highlights
Huawei's Honor brand of smartphones has always been about value, and devices such as the Honor 5X (Review) and Honor 7 (Review) have kept its reputation strong. After launching the Honor 5X and Honor Holly 2 Plus in January, the company is back with its latest smartphone, the Honor 5C.

This new product sticks to the mid-range price segment that the company has been known to favour, and at Rs. 10,999 it will compete in arguably the most crowded segment in India. It faces competition from strong devices such as the Moto G4 Plus, Xiaomi Redmi Note 3 and Lenovo Zuk Z1, and will need to do a lot to stand out. Find out all about the Honor 5C in our review. 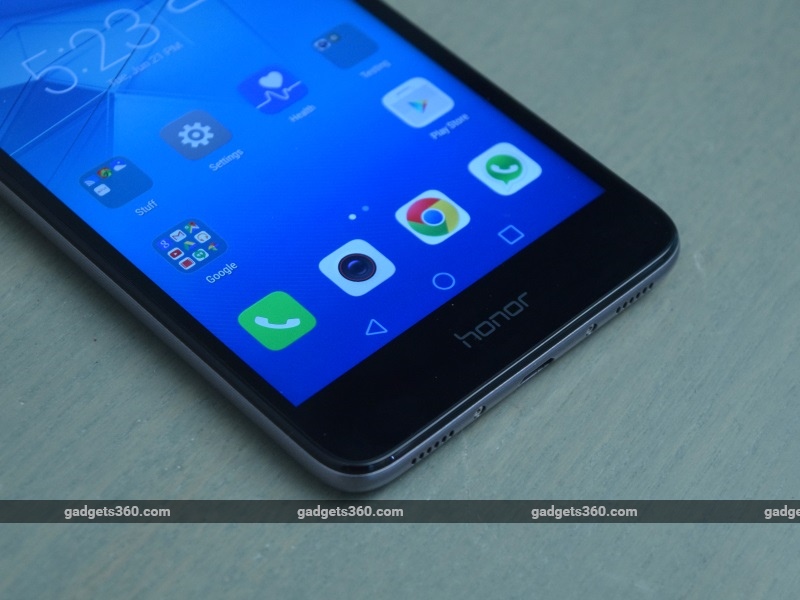 Look and feel
Unsurprisingly, the Honor 5C looks a lot like the Honor 5X. The back is where most of the similarities are, particularly the brushed metal finish. The only real difference is along the sides and near the top and bottom, where the design and texture are a bit different to what they were on the 5X, and we feel that the 5C is actually a bit better looking than the 5X. The bulge of the camera lens and positioning of the fingerprint sensor remain practically the same.

There are a couple of other changes, the most significant of which is size. The Honor 5C has a smaller screen at 5.2 inches, and is therefore a little bit smaller and a lot easier to handle. When it comes to weight and thickness, the phones are a lot alike. That said, the Honor 5C does feel incredibly solid and isn't too bad to look at either. 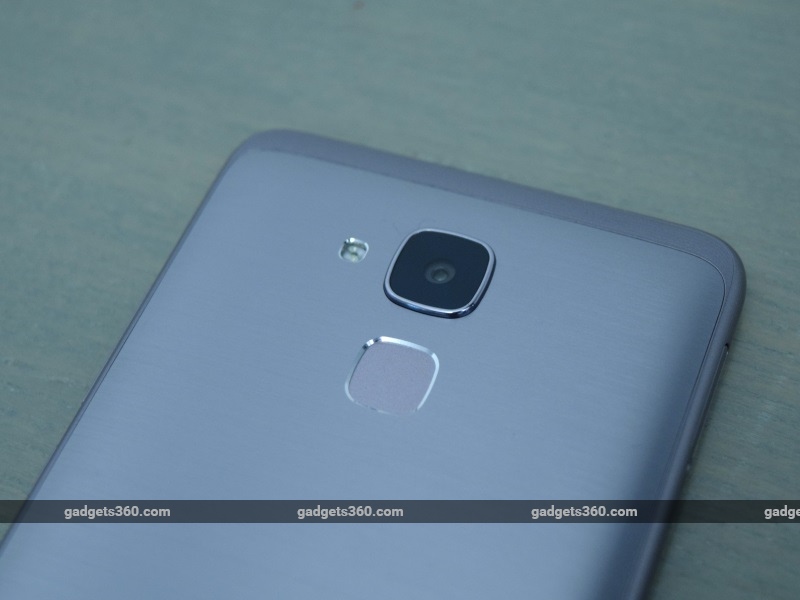 The sides of the phone follow a standard layout, with the power and volume buttons on the right, hybrid SIM tray on the left, Micro-USB port and speaker on the bottom, and 3.5mm socket at the top. Although there are two grilles, only the one on the right actually houses a speaker. Additionally, the edges of the phone are rounded off, which feels good in the hand, but also makes the phone a bit hard to grip firmly.

The phone has a 5.2-inch full-HD IPS LCD screen, covering 68.7 percent of the front. There are no capacitive buttons on the phone, with the Android keys appearing on-screen. Coming to the screen itself, it's fairly bright, but not quite bright enough. Colours are a bit dull as well, and the general sense we got was that the screen was muted and not vibrant enough. It's very sharp and more than adequate for most purposes, but if you use your phone for watching a lot of videos or spend a lot of time outdoors in the sun, you might find it a bit too dull.

The Honor 5C has a fingerprint sensor on the back, which can be used to access locked apps and the safe, apart from unlocking the phone. It's always on standby, and can be used to unlock the phone even when the phone is in sleep mode. While it's very accurate, it isn't quite as quick as some of the other sensors we've used recently. You need to hold your finger in place for a bit before it unlocks the phone; light taps won't do the trick. The company also boasts about how the phone can store fingerprints quickly with not more than six input taps. While this is true, storing your fingerprints is a one-time process and any time saved here seems unnecessary. 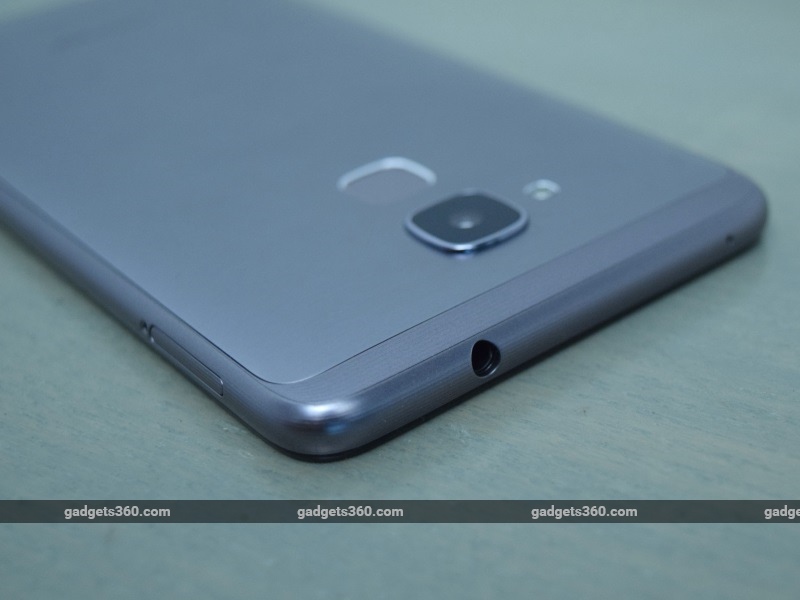 Specifications and software
The Honor 5C sticks to most of the mid-range specifications that the 5X sported, but there are some differences here. The most significant of these is the use of the Kirin 650 SoC, which is manufactured by Huawei's own subsidiary Hisilicon. It's the company's current-generation mid-range SoC, and marks a change from the 5X which uses the Qualcomm Snapdragon 616. It notably uses the 16nm FinFET+ process for manufacturing, which promises better performance and battery life than the current equivalent SoCs from Qualcomm and MediaTek.

There's also 2GB of RAM, 16GB of internal storage (expandable by up to 128GB using a microSD card), FM radio and a 3000mAh battery. Although there are other options in this price range with 3GB of RAM or more, the Honor 5C manages fine with 2GB thanks to an aggressive memory management system that clears apps out of RAM to ensure that the phone continues to run smoothly. Although graphically intensive tasks will push the phone close to its limits, it manages fine under most ordinary conditions. 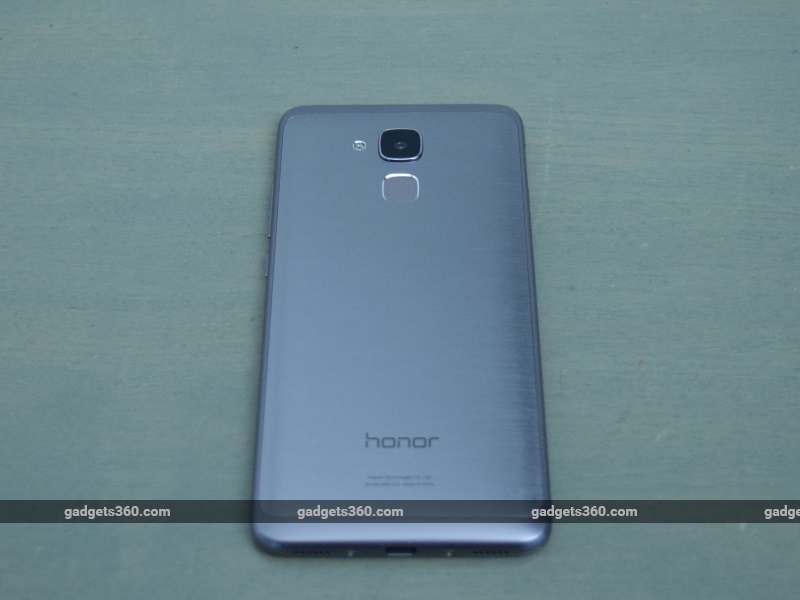 The Honor 5C runs on Android 6.0, with Huawei's EMUI 4.1 on top. The changes between the older version of EMUI and this one aren't very obvious, with the interface retaining its signature look and feel, including the same single-layered user interface, notification shade, and quick settings menu. An interesting feature in this UI which we continue to enjoy is the magazine lock screen, which changes the lock screen background to a new picture every time. The phone manager app is particularly useful as well, controlling system optimisation functions, data usage, app locking, battery consumption and more.

Android Marshmallow also brings its own set of advantages, including better performance, Doze mode for battery optimisation, Now On Tap, and the revamped app permissions system. While all of this makes for a much better OS than previous Honor devices have shipped with, we still prefer some of the other interfaces available on competing devices, such as MIUI and CyanogenOS because of the higher amount of customisation and control on offer.

Camera
The Honor 5C has a 13-megapixel primary camera and an 8-megapixel secondary camera. Both can record video at up to 1080p, and the rear camera has a single-LED flash. Typical photography modes such as HDR, slow-motion video, time-lapse video and panorama are present.

The softwareallows for a few more interesting tricks, including pro photo and pro video modes which let you adjust individual settings; light painting; food mode; and all-focus. The Settings menu includes controls for object tracking, smile capture, self-timer, and resolution. There's also a quick switcher between photo and video, along with the typical toggles for front and rear camera switching, the flash, and filters. 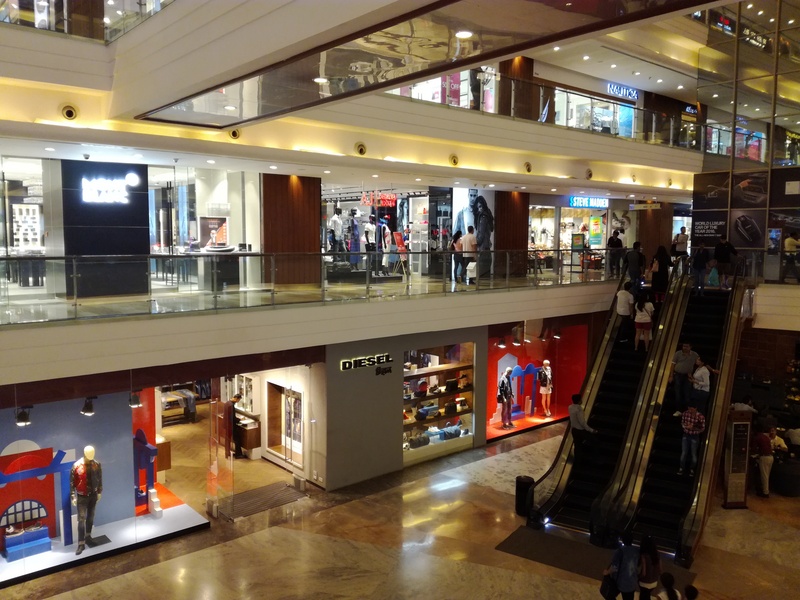 Camera performance is pretty much on par with that of the Honor 5X, with decent colour reproduction and detail. Pictures in well-lit settings are good, as are low-light shots, although you can expect to see a bit of loss of colour in detail in the latter. There's very little grain in the pictures, which is excellent for a phone in this price range.

Focus speed has been improved ever so slightly, with better object tracking and slightly faster responses. The front camera has also been improved, with the megapixel count bumped up a bit. Macro shots are interesting, with the camera doing a good job of reproducing colours and detail. However, the cameras overall don't offer any significant advantages over other options in this price range. 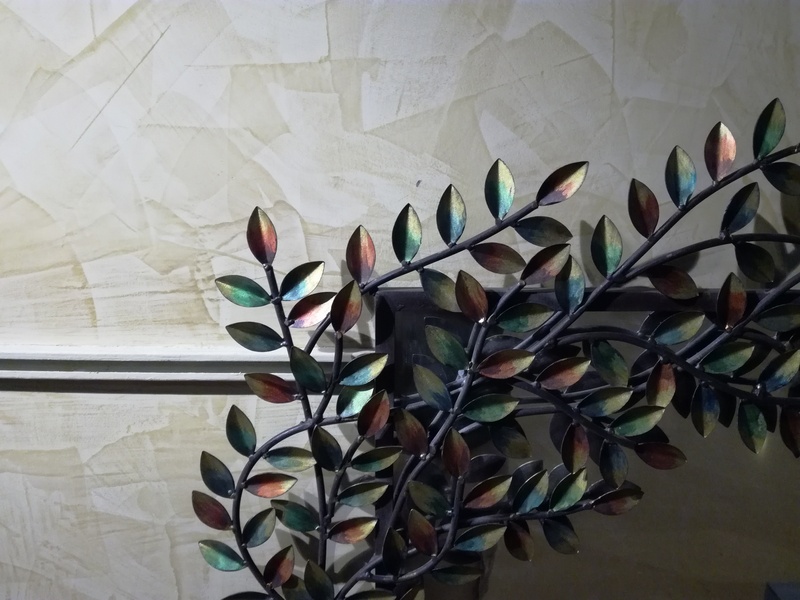 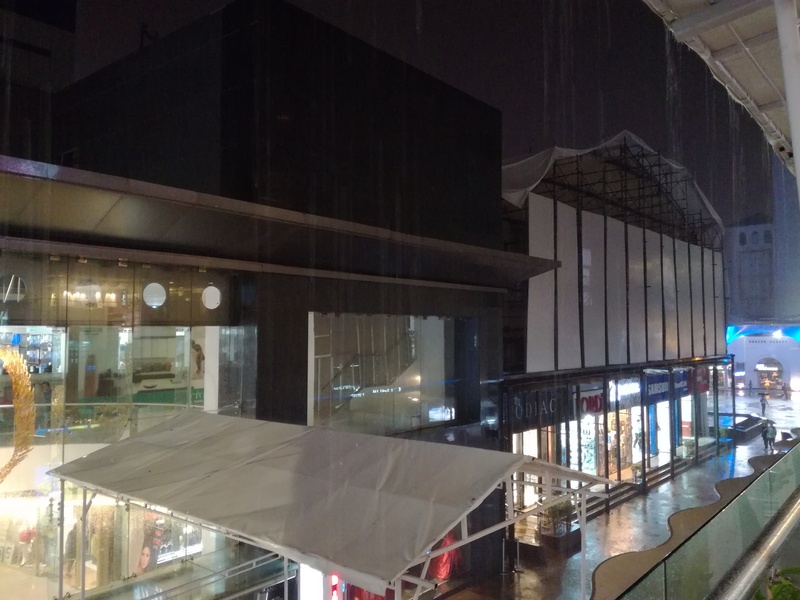 Performance
Huawei didn't use its own Hisilicon SoC in its own Honor 5X, but the 5C goes back to its tradition with the Kirin 650. Performance is decent, and the phone generally holds its own in most everyday situations. Although better-performing options are available at the price, you're unlikely to run into any serious concerns with the Honor 5C.

Benchmark test scores are acceptably good, with the phone scoring 52,099 in AnTuTu, 17,196 in Quadrant, 19fps in GFXBench and 7,529 in 3DMark Ice Storm Extreme. These scores are a bit better than what we're used to seeing on the Qualcomm Snapdragon 615 and 616 SoCs that were common on phones in this price bracket till recently, but not quite as good as we've seen on current mid-range devices. In general, we found graphical and video performance to be particularly good, although the phone struggled a bit when we tried to run multiple apps including heavy games.

The Honor 5C doesn't disappoint when it comes to call quality, network and data connectivity. Battery life is better than it was on the Honor 5X, despite sticking to a 3000mAh battery. The phone ran for 11 hours, 11 minutes in our video loop test, and would easily last a day with moderate use. Android Marshmallow's Doze Mode has a big role to play in this, and we noticed practically no battery drain when the phone was not being used, despite 4G connectivity. 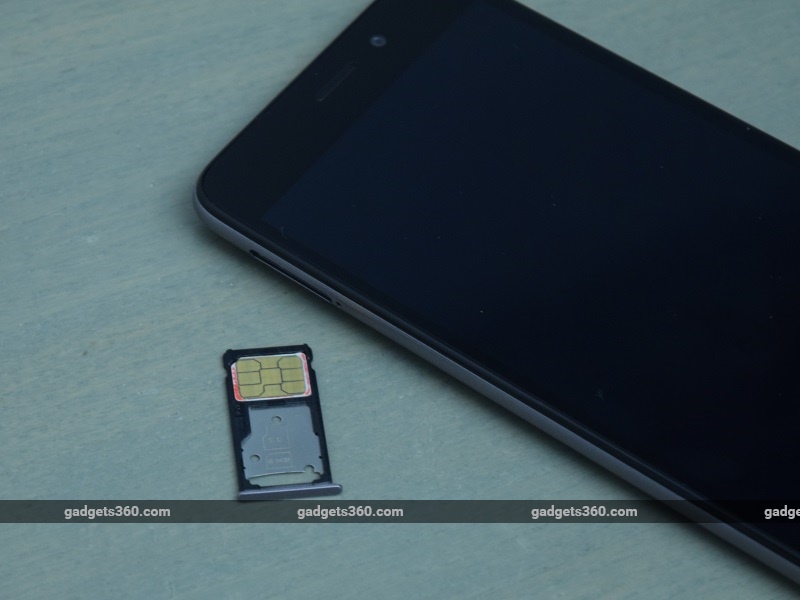 Verdict
The Honor 5C improves ever so slightly on its predecessor, thanks to a more capable SoC and small improvements to the camera. The design and build have also been bettered, and Android Marshmallow adds a few features and tweaks to the software. There isn't much to complain about here, especially at this price.

Unfortunately, the 5C still lacks any wow factor. Nothing in the phone stands out, and this is in all ways an average phone that does what it does capably, but not exceptionally well. The pricing is competitive, but a lower price would have suited this phone much more. Buyers are likely to prefer other products in the same price range, such as the Redmi Note 3 or Lenovo Zuk Z1.