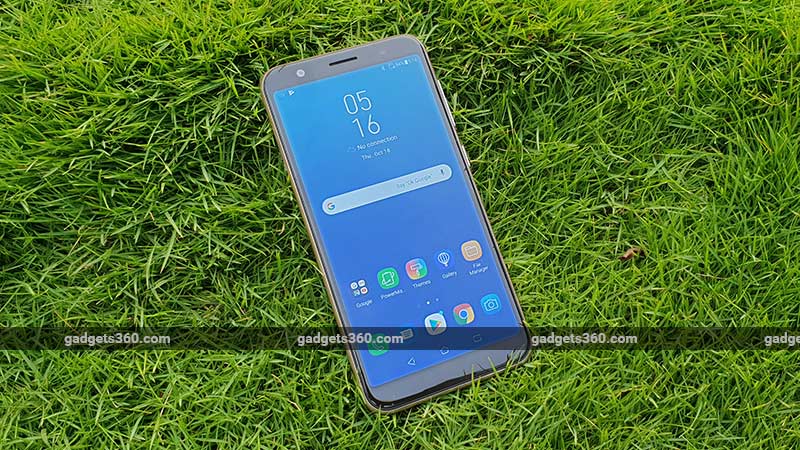 Asus ZenFone Max M1 packs a big battery but is it a good all-rounder? We review

Asus' smartphone division seems like it has been charged with new energy this year and the strategy seems to be capturing one segment at a time. We saw the first attempt at this with the ZenFone Max Pro M1 (Review), a power-packed phone on a budget. It was aimed squarely at the Xiaomi Redmi Note 5 Pro (Review) and has made a place for itself in the market. The second attempt was the ZenFone 5Z (Review) which was equipped to take on the OnePlus 6 (Review), mangling to undercut it to quite an extent. Asus is now planning to try the same strategy again with the Zenfone Max M1, and has Xiaomi's Redmi 6 series in its crosshairs. With prices starting at Rs. 8,999, can the ZenFone Max M1 be the go-to phone in the segment? We put it to the test to find out.

The Asus ZenFone Max M1 carries the family look and reminds us of the ZenFone Max Pro M1. The phone is made primarily out of plastic and comes in Black and Gold colour options. We had the Gold one for review. Sticking to the trend of big screens, the Max M1 sports a 5.45-inch display with 2.5D curved glass on top. It has considerable borders all around, which is acceptable considering its price.

A selfie camera, earpiece, and proximity sensor are accommodated above the display. We found the build quality of the Asus ZenFone Max M1 to be average, but we liked the clickiness of the power and volume buttons on the right side. On the left, there is a SIM tray.

Asus uses 'Max' in the branding of phones that sport big batteries, and the Max M1 isn't an exception. Surprisingly, Asus has still managed to keep the weight at 150g. Looking at this phone from the back, the main difference compared to the ZenFone Max Pro M1 is that this model only has a single rear camera. The fingerprint scanner is well positioned and is easy to reach considering the size of this phone. The 3.5mm headphone jack is at the top. while the Micro-USB port is at the bottom has two grilles on either side of which only the right one houses a loudspeaker.

Asus has picked the Qualcomm Snapdragon 430 SoC, which is a rather odd choice because it is slightly old and has been used to power older devices such as the Moto G5 (Review) and Moto G5S (Review). This octa-core processor has eight Cortex-A53 cores clocked at 1.4GHz. Other phones at this price point use newer processors such as the MediaTek Helio P22 and P23 that power the Xiaomi Redmi 6 (Review) and the Infinix Note 5 (Review) respectively.

The Asus ZenFone Max M1 has 3GB of RAM and 32GB of internal storage, which is expandable by up to 256GB using a dedicated microSD card slot. The 5.45-inch display has an HD+ resolution which is fine at this price point. There is support for Bluetooth 4.0, Wi-Fi 802.11 b/g/n, GPS, and GLONASS. The ZenFone Max M1 is a dual-SIM device and has two Nano-SIM slots. There is support for 4G and VoLTE on both SIMs, but only one can connect to 4G at a time. The phone packs in a 4000mAh non-removable battery.

On the software front, the device ships with Android Oreo with ZenUI on top. Asus uses its own icon pack and has made a few customisations. Preinstalled apps include Mobile Manager, Weather, Sound Recorder, File Manager, and Themes. You also get Instagram, Facebook, Facebook Messenger, and a few Google apps on the phone.

The Asus ZenFone M1 did not seem laggy except for a little while right after its initial setup. We found the fingerprint scanner as well as the face recognition to be fast in unlocking the Max M1. However, it is powered by an older processor, and that becomes apparent in benchmarks where its scores are lower that those of some other smartphones at the same price point.

In AnTuTu, it managed to score 57,991, which is less than the Redmi 6's score of 75,723, and even the Redmi 6A (Review) which scored 61,053. The ZenFone Max M1 got 672 and 2,484 in Geekbench's single-core and multi-core tests respectively. It also returned 25fps in GFXBench T-Rex and 598 in 3DMark Slingshot. We played PUBG on the phone, and it ran at the lowest settings. The device did get warm to the touch after playing for over half an hour, but it wasn't uncomfortable to hold.

In our HD video loop test, the ZenFone Max M1 went on for 11 hours and 32 minutes, which is slightly less than what both the Redmi 6A (Review) and the Redmi 6 (Review) managed. With our usage consisting of an active WhatsApp account, navigation using Google Maps for over an hour, and close to 40 minutes of PUBG, we ended the day with over 50 percent of the battery power remaining. There are multiple power saver modes on this smartphone, which could help you extend battery life even further.

The ZenFone Max M1 has a 13-megapixel primary camera with an f/2.0 aperture and PDAF. At the front, it has an 8-megapixel shooter with an f/2.2 aperture. The camera app is similar to what we have seen on other Asus phones. One swipe to the left lets you pick a filter, which can be applied before shooting the photo. The app only has Beautify, Panorama and Time Lapse modes, apart from the usual Photo and Video modes. There are quick toggles for HDR, the flash, portrait mode, and a timer.

Photos taken with the Max M1 were good in daylight, but the quality took a dip in low light conditions. In daylight, it could meter correctly and lock focus where we wanted. Objects at a distance lacked detail and sharpness. The ZenFone Max M1 took some nice macros with good separation between the subject and the background. HDR needs to be enabled manually and does help in bright scenes. HDR shots looked good, but the phone did made us wait while it saved each shot. Portrait mode is available for both the primary and the selfie cameras, but edge detection was below average.

In low light, the ZenFone Max M1 misses out on details. It also has aggressive noise reduction that gives photos a filter-like effect. The selfie flash helps when taking selfies in the dark and can also be used as a fill light. Video recording maxes out at 1080p for both the primary and the selfie cameras. There is no stabilisation, so you will need to keep your hand steady when you are recording a video.

Verdict
Asus launched two really good phones this year in the form of the ZenFone Max Pro M1 (Review) and the ZenFone 5Z (Review), managing to shake the market up in both their segments. The new ZenFone Max M1 does not manage do the same thing. The ageing Qualcomm Snapdragon 430 is slower than other processors used in other phones at this price level.

What the Max M1 does having going for it though is its battery life. The big 4000mAh battery helps it run for a day and a half without needing to be plugged in. If battery life is a high priority for you, the ZenFone Max M1 is a good, pick especially during the Festive Dhamaka Days on Flipkart when it will be selling for Rs. 7,499 compared to its usual price of Rs.8,999.

Fortnite Save the World Won't Be Free-to-Play in 2018: Epic Games
Intel Says Reports Saying It Is Ending Work on 10nm Process 'Untrue'