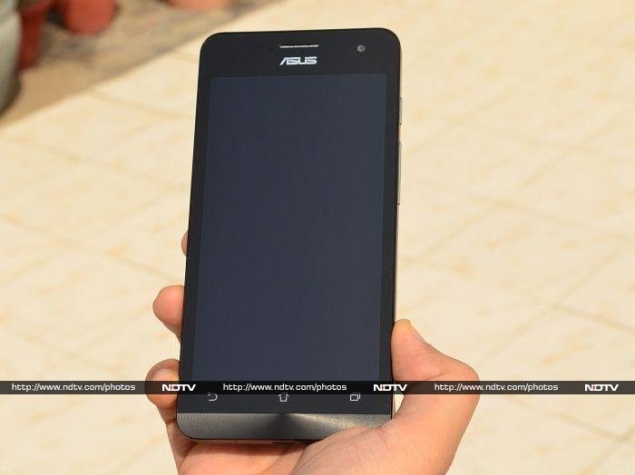 Taiwan-based Asus has expanded its India footprint with the launch of the new ZenFone smartphone series which is comprised of three models, the ZenFone 4, ZenFone 5 and ZenFone 6, which were first unveiled at CES this year.

The sub-Rs. 10,000 is dominated by popular domestic handset vendors such as Micromax, Karbonn, and Lava, but global brands including Samsung and Motorola are starting to pay attention to the entry-level segment too. The recently launched Micromax Unite 2 (Review | Pictures), Lava Iris X1 and Moto E (Review | Pictures) even run KitKat, the most recent version of Android.

Asus has priced its ZenFone series aggressively, and both the ZenFone 4 and ZenFone 5 cost less than Rs. 10,000. The company has certainly created a buzz in the market with its low prices, but it remains to be seen whether this strategy will help set cash counters ringing.

We received the ZenFone 5 ahead of its official launch date, and it definitely got our attention with its good looks. We put the ZenFone 5 to the test to see if it can take on the current top performers in the sub-Rs. 10,000 segment.

Look and feel
The ZenFone 5 is a basic candybar phone with a basic yet modern style. It's just as well built as Asus' other popular products such as the hybrid tablet PadFone.

The first thing you will notice about the ZenFone5 is its boxy shape, which in a way gives it a high-end feel. In some ways, it reminded us of the original HTC One - minus the metal casing and dual front speakers.

The handset feels solid and sturdy. It's 148.2mm tall and 72.8mm wide. Thanks to these generous proportions, the thickness of 10.34mm doesn't feel too bad. 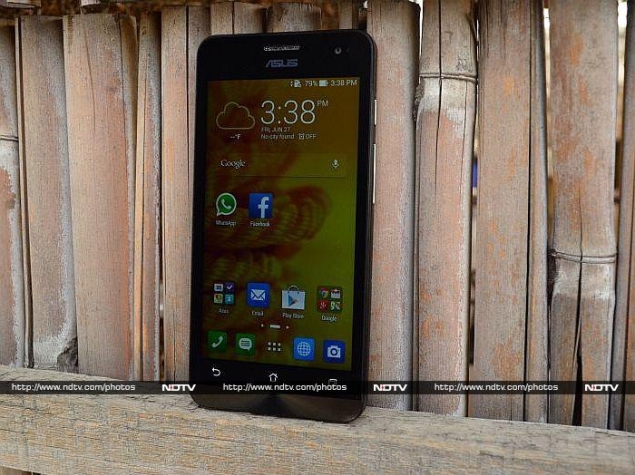 The ZenFone 5 is available in five colours in India: Charcoal Black, Pearl White, Cherry Red, Sky Blue, and Solar Yellow. We got our hands on the Charcoal Black one and it looked very nice indeed.

As we wrote in our first impressions of the Asus ZenFone 5, the phone's ergonomic design and good looks are its best features.

The smartphone was easy to hold and use with a single hand, at least for us. It was easy to reach most of the screen with just the thumb; people with smaller hands might face some issues.

The ZenFone 5's front is dominated by its 5-inch display with the section below it sporting a concentric circle finish which matches the design of Asus' ZenBook laptops. The 2-megapixel front-facing camera, a notification LED and the sensor array are located above the screen. 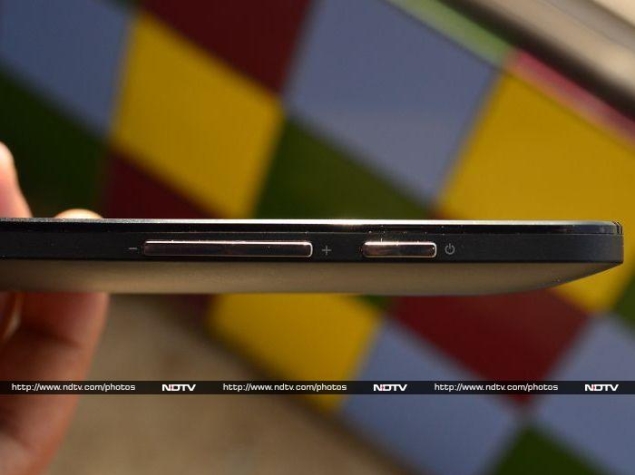 The metallic-looking volume and power buttons are all in a line on the device's right edge and we had no problem hitting them. The audio jack is placed on top, and the Micro-USB port is on the bottom.

The rear is noticeably curved and features a soft-touch material allowing the phone to sit comfortably in hand. This might look good, but it actually means the camera lens is flush with the rear surface, which means it could get scratched when the phone is left in a bag or on a table. A simple plastic cover would fix this.

The 8-megapixel camera and LED flash are centred on the rear panel with subtle Zenfone and Intel Inside branding below. The panel pops off to reveal the two SIM slots, non-removable battery, and a microSD card slot.

Features, specifications and software
Confirming the ZenFone 5's place within the budget segment is a dual-core 1.6GHz Intel Atom Z2560 processor with what Intel calls Hyper-Threading technology, which allows each core to execute two instructions at a time.

Asus also demonstrated another version of the Zenfone 5 at this year's Computex show dubbed ZenFone 5 LTE, with a 1.2GHz Qualcomm Snapdragon 400 processor for integrated LTE support. This version might be ready for launch by the end of the year, so for now only the non-LTE 3G version is available. 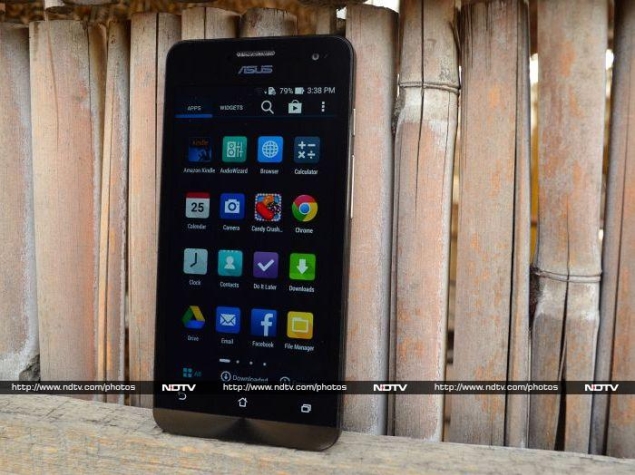 The ZenFone 5 comes with 2GB of RAM and will be sold with either 8GB or 16GB of internal storage plus support for up to 64GB microSD cards. Connectivity includes Wi-Fi b/g/n, GPS, and Bluetooth.

This is a dual-SIM device (GSM+GSM) and supports two Micro-SIMs, both with 3G connectivity though only one 3G connection can be active at a time. There is a 2,110mAh battery which is pretty good for a handset in this segment.

The Zenfone 5 features a 5-inch IPS HD (720x1280-pixel) screen with Corning Gorilla Glass 3 for protection. The screen's 294ppi pixel density makes text sharp and clear, but is a letdown when compared to the likes of the Moto G (Review | Pictures) which boasts of 329pixels per inch.

The ZenFone 5's screen is highly reflective and gets washed out a bit in sunlight unless you really raise the brightness level. Thankfully, viewing angles were never a problem. 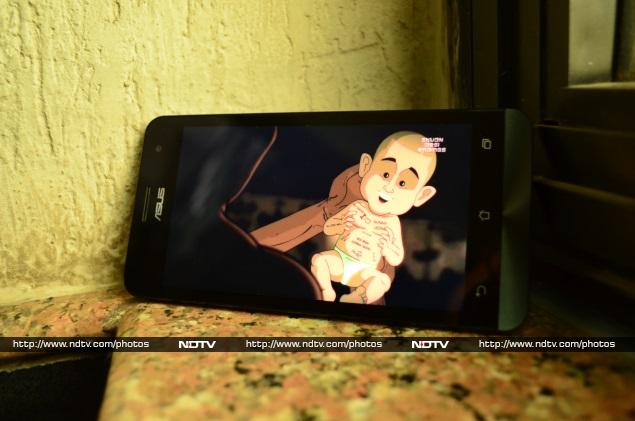 The ZenFone 5 also comes with an app called Splendid that lets you control the colour temperature, saturation and hue of the display. There is a Reading mode for ebook lovers and Glove mode that increases touch sensitivity so you can use the device while wearing gloves.

The Asus ZenFone 5 has three capacitive navigation buttons - Back, Home and Recents - below the screen, which is in contrast to the Moto G's virtual keys.

The device runs Android 4.3 Jelly Bean with company's new ZenUI skin on top. However, Asus has promised that an update to Android 4.4 KitKat is already on its to-do list.

The company has been touting its ZenUI for some time now. Android users who have had a chance to use the stock OS, will find the arrangement of features on the ZenFone 5 a bit unsettling. Asus' skin applies to several elements of the UI such as the app icons, although the changes are not as radical as Gionee's Amigo UI or Samsung's TouchWiz UI.

The Asus ZenUI allows you to customise onscreen elements, such as the colour theme and level of transparency. The company has customised nearly all stock apps on the handsets including the Gallery and Music apps, adding more functionality. The Gallery app shows a timeline of images and videos, as well as the ability to sync them to any cloud service including the company's own Asus Webstorage. The default music player offers option to tweak equalizer levels even during song playback. 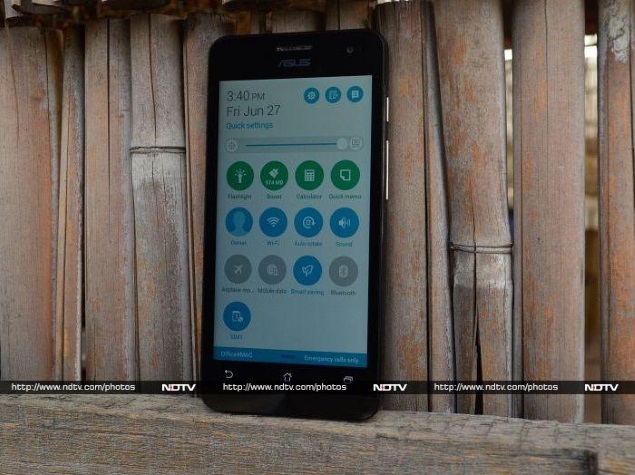 The phone comes with a number of apps such as What's Next, which can track and manage apps; Do It Later, a to-do list; Super Note, for taking notes; Zen Link (Share Link, Party Link, PC Link, and Remote Link apps); Asus WebStorage, the company's cloud storage app (all users get 5GB free for life), and Omlet Chat, a free instant messaging app. 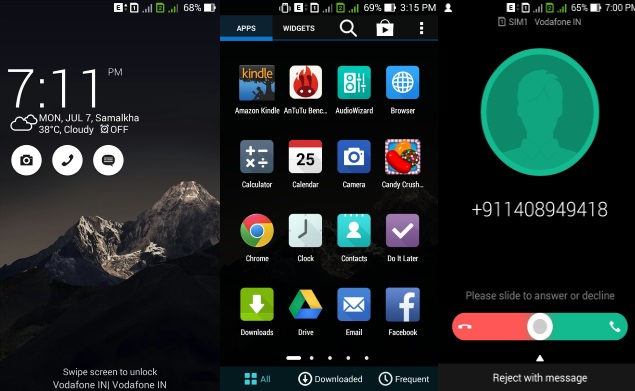 A Power Saver app offers users three options: an ultra-saving mode that disconnects the network connection when the device is asleep; optimised mode, which doesn't switch off data, and a custom mode which can be tweaked by the user.

Overall, Asus has tried to make its new ZenUI as rich as possible. While most users would not have a problem with this, fans of stock Android fans will be far from impressed. 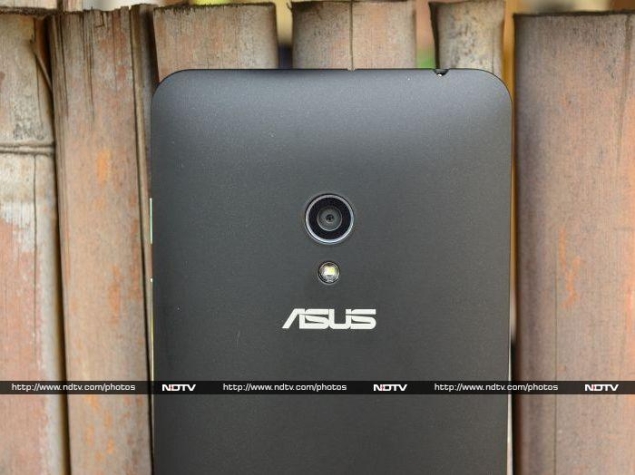 The default camera app offers a few tools, most notably Time Rewind, which starts buffering images and saves up to 31 images starting two seconds before you actually press the shutter button. 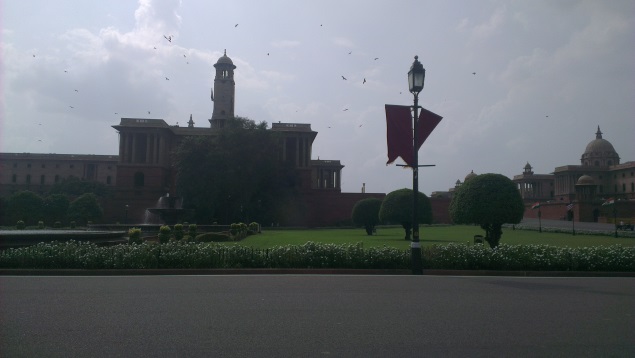 The ZenFone 5's camera app also offers settings for shutter, focus, brightness, image size, ISO, white balance, colour effects, timer, geo-tagging, shutter sound, and storage. Zoom can be adjusted by pinching in and out, and the volume buttons also double as shutter keys when you're in the app though there is an onscreen button as well.

We tested the camera of the ZenFone 5 outdoors in well-lit conditions and indoors in sufficient light. The photos we got were crisp and had good amounts of detail. Low-light shots had far less detail though noise was well under control. It also does a good job with videos and supports 1080p video capture. The front 2-megapixel camera also takes decent pictures, and the Beautification mode helps. 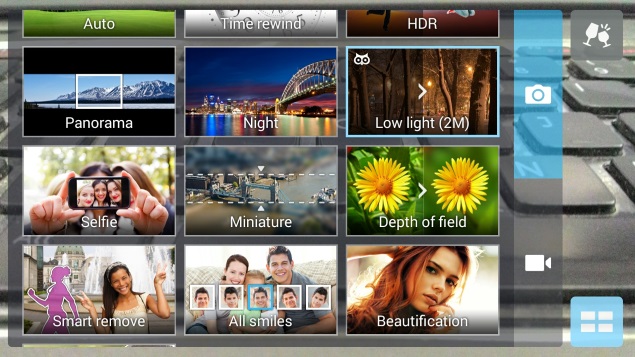 Overall, the Asus ZenFone 5 features an excellent camera for the price, but don't expect it to match the quality of more expensive phones, especially in low light.

Performance
In terms of sheer speed, the ZenFone 5 is easily the best sub-Rs. 10,000 Android phone we have used. There was no lag, and multiple apps including heavy games such as Asphalt 8 and Dead Trigger 2 were handled with ease. 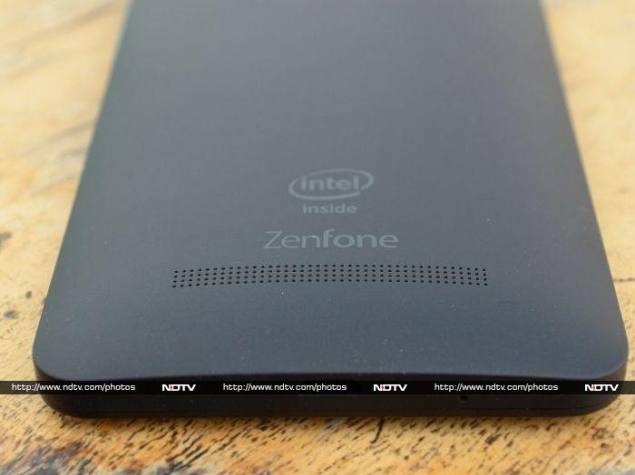 Heat from the rear panel was noticeable after long gaming sessions, though not alarming. The handset also did heat up a bit during prolonged data usage and calls.

Voice was loud and clear, both in the earpiece and on speakerphone. On the multimedia front, the ZenFone 5 is a decent performer. The 5-inch HD screen is good for movies and videos. The ZenFone 5 was able to play full-HD videos and supported popular video formats including avi, mov, mkv, and mp4.

The Asus ZenFone 5 handled graphics and gaming with ease. We achieved scores of 19,663 in AnTuTu, and 9,000 overall in Quadrant, which easily trumps the Moto G which scored 11,874 and 8,569 respectively. 3DMark's 720p Ice Storm Extreme scenario returned a score of 7638 points, while GFXBench managed to run at 17.3fps. Looking at these benchmark scores the Zenfone 5 does not appear to be a budget device at all. 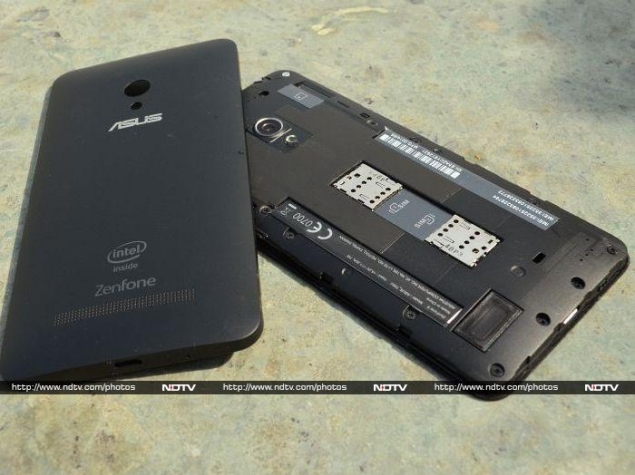 The battery was able to able to last 6 hours and 40 minutes in our video loop test.We were able to get about 8-9 hours of Web browsing and phone calls with the usual notifications for messages, emails, Facebook, Twitter, BBM, and WhatsApp, alongside some casual photography, with the screen brightness turned all the way up and with 3G active the whole time. With more moderate usage, we were able to make it last 10-11 hours.

Verdict
People looking for a phone with a big screen can definitely consider the Asus ZenFone 5, which is priced at an amazingly low Rs. 9,999. Its features and performance give it an edge over most of the competition, not only in the sub-Rs. 10,000 segment but also against many higher-priced phones such as the Nokia Lumia 630 Dual SIM (Review | Pictures).

The Zenfone 5 is the first device to truly offer competition to the Moto G. Thanks to its larger screen and support for expandable storage, it could easily become more popular than a longtime favourite.

Symantec Holding Talks With China on Software Ban Report
Even Minutes Without a Smartphone Can Fuel Anxiety: Study