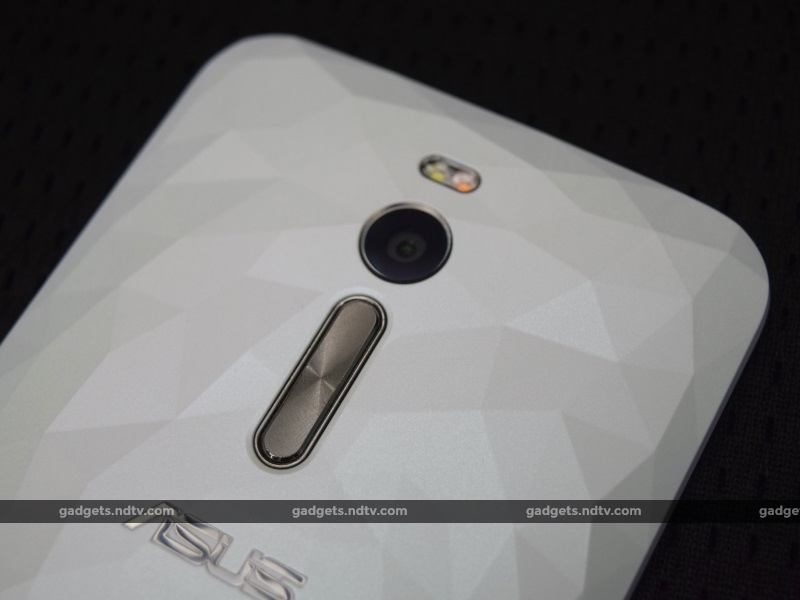 If there's one thing we have too many of, it's ZenFones. Asus's popular range of smartphones has so many variants and different configurations that it's hard to keep track of everything that comes out of the Taiwanese manufacturer's stables. The company's 2015 product range varies in price from as low as Rs. 7,999 for the Asus ZenFone Go to Rs. 29,999 for the top end 128GB variants of the Asus ZenFone 2 and Asus ZenFone 2 Deluxe.

Speaking of the latter, it's our review product of the day. Asus announced the ZenFone 2 Deluxe in August this year as its top-spec variant. It's essentially a ZenFone 2 with cosmetic changes, and is only available in the two highest configurations here in India: 4GB RAM with either 64GB or 128GB of storage. In fact, it's priced the same as the ZenFone 2 for those same two variants as well. Is there more to the Asus ZenFone 2 Deluxe than meets the eye? Let's find out. 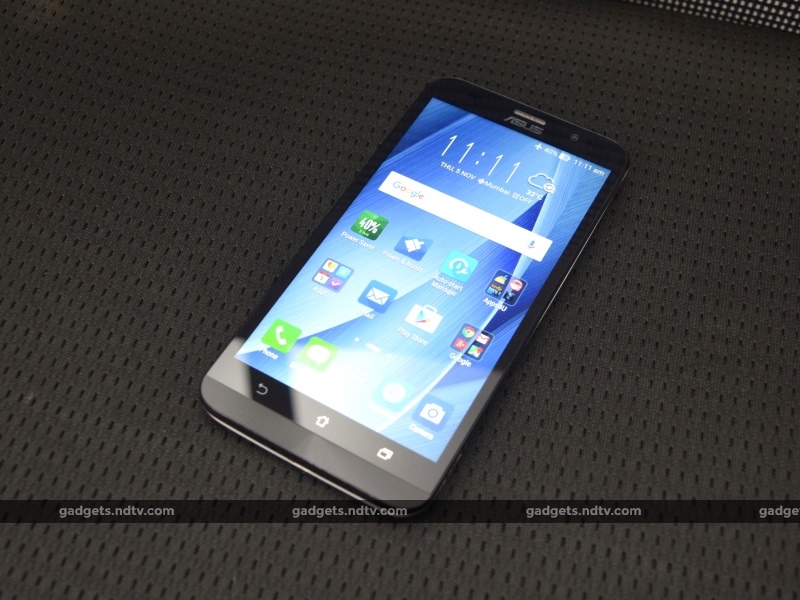 Look and feel
This is the only department in which the ZenFone 2 Deluxe differs from the equivalent variants of the Asus ZenFone 2 (Review | Pictures). The ZenFone 2 Deluxe is exactly the same as its siblings from the front and sides, but is a completely different story at the back. The removable back panel has a delightful crystalline pattern with a dull matte finish and plenty of angular variation. This allows a part of the rear to glisten under light, while other parts appear darker and differently-coloured. While we like the white of our review unit, we feel that the purple variant looks a lot more striking.

The rear still has a curve, which helps with grip. The rest of the layout and button positions are the same as on the Asus ZenFone 2. In fact, the rear panel of the ZenFone 2 Deluxe can easily be fitted onto the back of a ZenFone 2 and vice versa, which means it's that easy to convert one into the other. Since the specifications list and pricing are identical as well, choosing between a ZenFone 2 Deluxe and a ZenFone 2 is simply a matter of your preference of colour and rear panel texture. 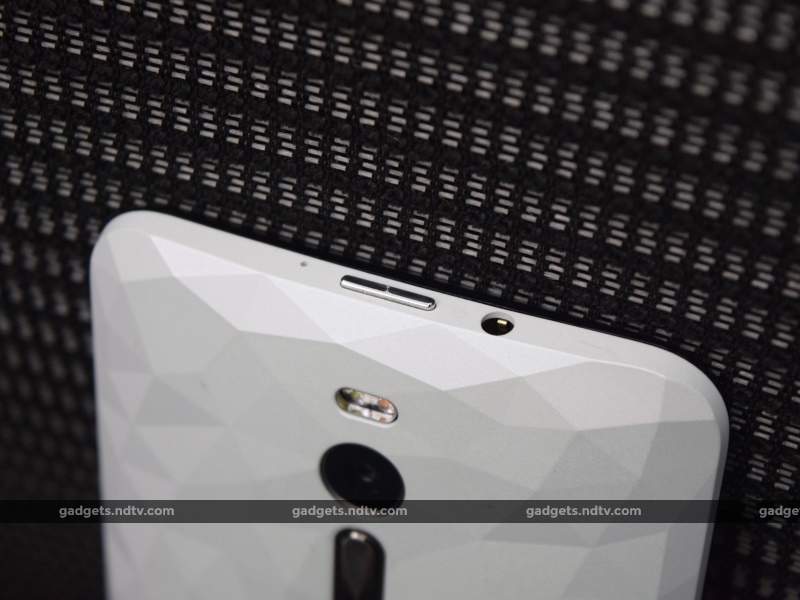 Specifications and software
As we've stated already, the ZenFone 2 Deluxe is no different from the equivalent variant of the ZenFone 2 in terms of specifications and software. It uses a quad-core Intel Atom Z3580 SoC, and is one of the few significant devices under Rs. 30,000 to offer 4GB RAM, along with the OnePlus 2 (Review | Pictures). While the ZenFone 2 offers internal storage options ranging from 16GB to 128GB, the ZenFone 2 Deluxe is only offered in 64GB and 128GB variants. It also has a non-removable battery, and separate slots for both Micro-SIM cards and a microSD card (up to 128GB is supported).

Only the primary SIM slot is 4G-enabled; the second slot is limited to 2G connectivity. Additionally, the ZenFone 2 Deluxe has a decent full-HD IPS-LCD screen and a 3000mAh battery. Asus's fast charging tech finds its way onto the device, and works well. The device went from zero to 100 percent in just about two hours, and can charge up to 60 percent in under 40 minutes if you're in a hurry. 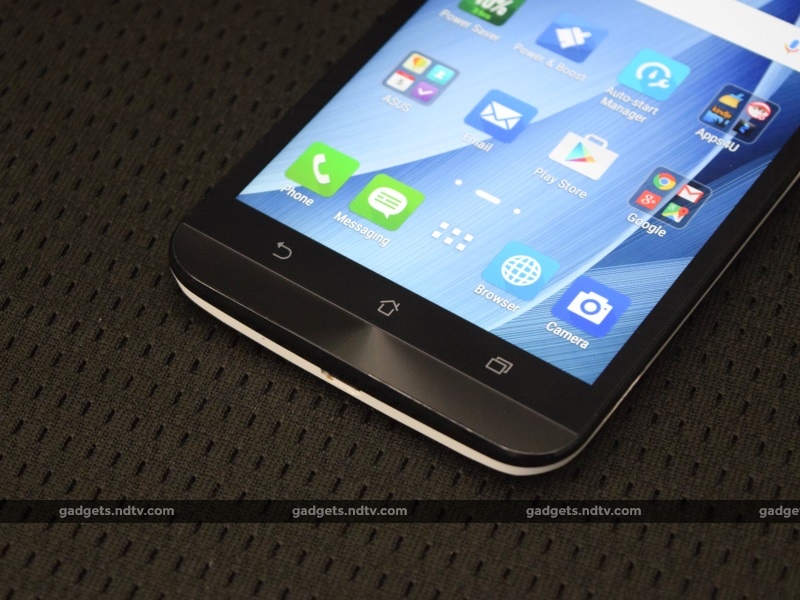 The Asus ZenFone 2 Deluxe runs Android 5.0 with the company's ZenUI layered on top. This is the same version we've seen in all other variants of the ZenFone we've reviewed this year, including the ZenFone 2 Laser and ZenFone Selfie. It's one of the better OEM user interfaces around, with a convenient layout and plenty of customisability and tweaks for comfortable use. Unfortunately, it's still loaded to the brim with bloatware that cannot be uninstalled, and this is a big problem. The ZenFone 2 Deluxe asked us to update over 50 apps the first time we switched it on, and constant updates were required throughout our time with the device. The majority of these were for the Asus bloatware.

The ZenFone 2 Deluxe doesn't quite offer as many additional features as some competing devices. The identically priced Honor 7 (Review | Pictures) has better camera performance, a fingerprint sensor, and better overall build quality. The slightly-higher-priced OnePlus 2 matches both the internal storage and RAM of the Deluxe, while offering much more as well. All of this makes the Deluxe feel dated in the face of newer competition. 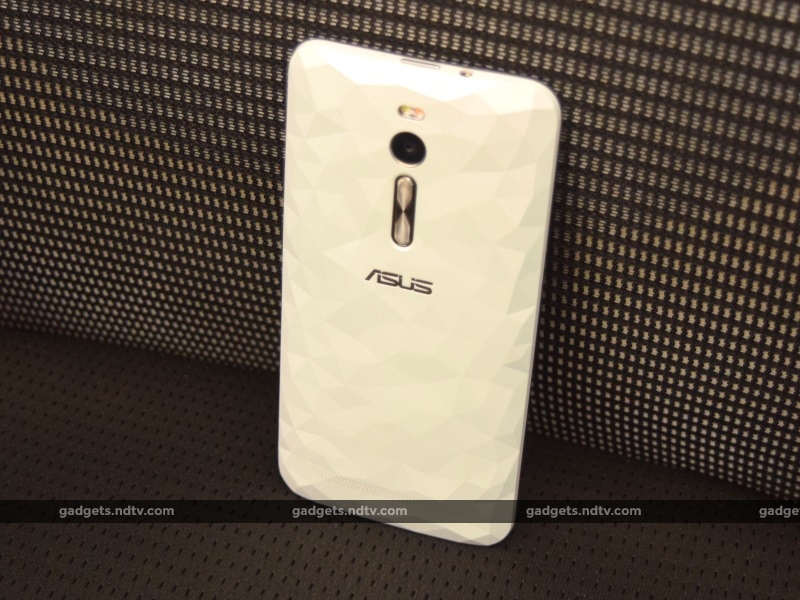 Camera
We weren't very happy with the camera of the Asus ZenFone 2, and the Deluxe uses the same camera. While both the ZenFone Laser and ZenFone Selfie also have similar camera modules, both of those devices feature a laser-autofocus system that helps compose better shots. The 5-megapixel front camera is standard fare as well, producing average results. If camera performance is important to you, the ZenFone Selfie is a better buy than the ZenFone 2 Deluxe, and is also available at a lower price.

Pictures are prone to overexposure, colour burning and noise. There is a surprising lack of detail even at the highest resolution, where other 13-megapixel cameras do a far better job. Videos, while decent in terms of motion and fluidity, are lacking in terms of colour reproduction and detail. While the camera is certainly better than a lot of budget shooters, it isn't quite at the level it should be at for a Rs. 22,999 smartphone. 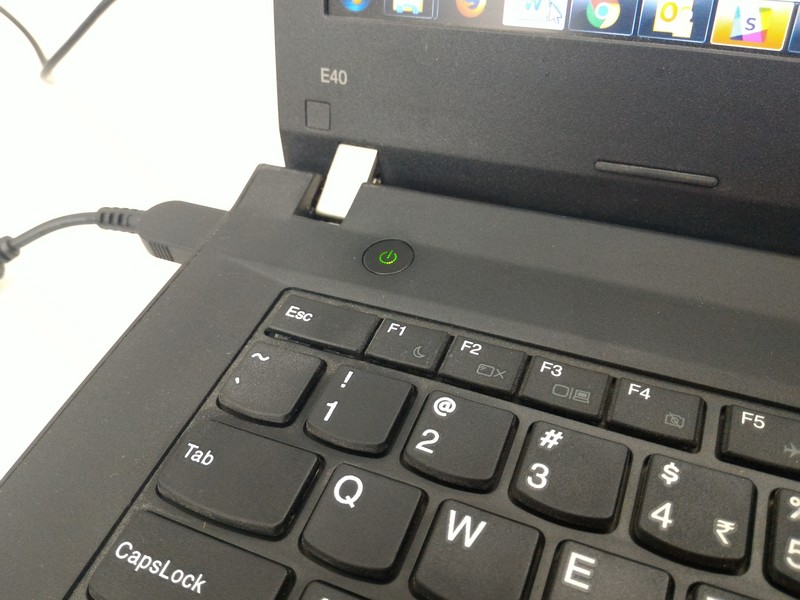 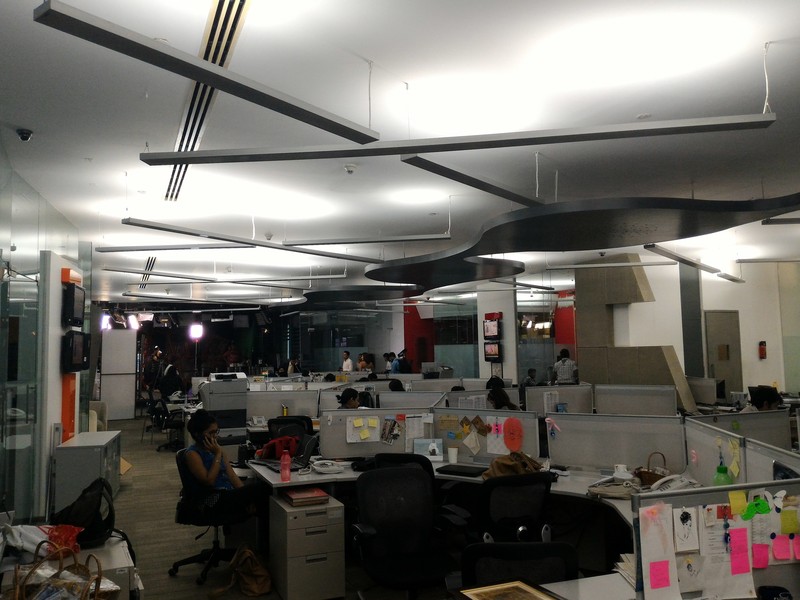 The standard Asus camera app is the only advantage of the camera experience on the ZenFone 2 Deluxe. It has been on all of the company's 2015 range of smartphones. It's full of tweaks and controls that let you control every single aspect of the camera, from manual settings to the resolution and much more. There are also lots of modes, filters and other tweaks. The selfie camera defaults to beautification mode with a nifty self-timer, but setting it to auto mode will give you access to more settings.

Asus also sent us the ZenFlash, a Rs. 1,599 Xenon flash accessory meant for use with the ZenFone 2 range. It's far brighter than the phone's own dual-LED flash, so it might be useful if you want to take a lot of low light shots. The dongle connects to the phone through its Micro-USB port, pulling power from the phone's battery. It has a velcro panel that lets you affix it below the camera, and uses a dedicated app. The dongle made it harder to use the phone in portrait mode because of its bulk. It's only useful in dark environments, and it's one more thing to remember to carry around with you. 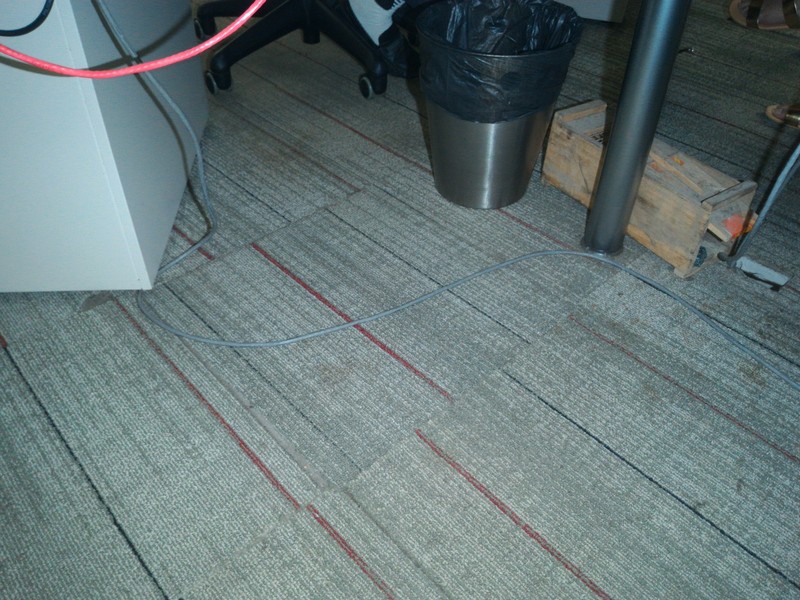 Performance
Like the ZenFone 2, the Asus ZenFone 2 Deluxe is a capable performer. It's zippy and efficient, thanks to the Intel Atom SoC. Everything works well to give you a comfortable experience. The 4GB of RAM also helps with multitasking, letting you run multiple apps in the background without affecting overall performance. We've stated before that even 2GB of RAM is sufficient for most practical purposes, and you don't really need more for day-to-day use, but it's nice to know that the phone can handle multitasking better than other devices.

The ZenFone 2 Deluxe produced slightly higher scores than the ZenFone 2 in some of our benchmark tests, but this wasn't particularly surprising since the user interface and core applications of the system have received numerous updates since we tested the ZenFone 2 in April. AnTuTu produced a score of 42,670, while GFXBench returned a score of 29fps. Although performance is good, it isn't quite as novel as it was six months ago. 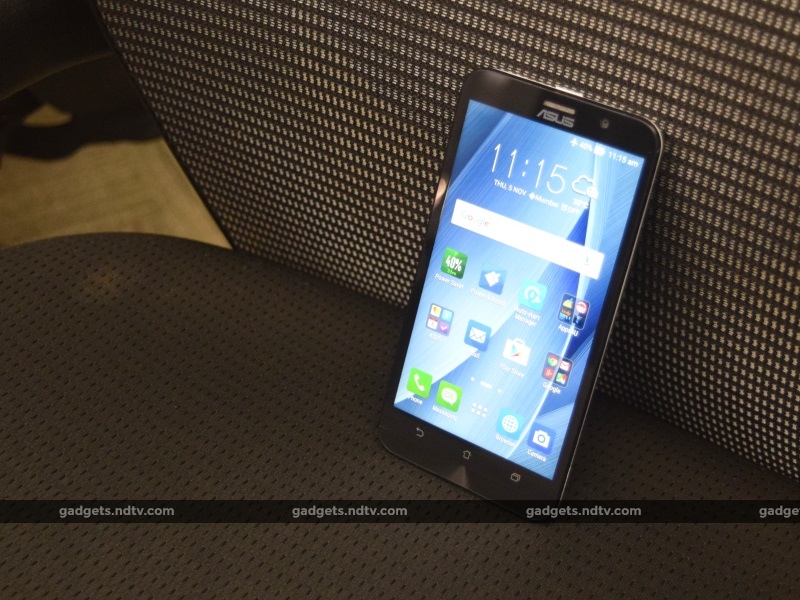 With the normal balanced mode activated, the ZenFone 2 Deluxe ran for 8 hours, 39 minutes in our video loop test. This was slightly higher than the figure we recorded on the ZenFone 2, and can be put down to improved software and CPU utilisation. The device also did well with our test videos, gaming, and for basic telephony. 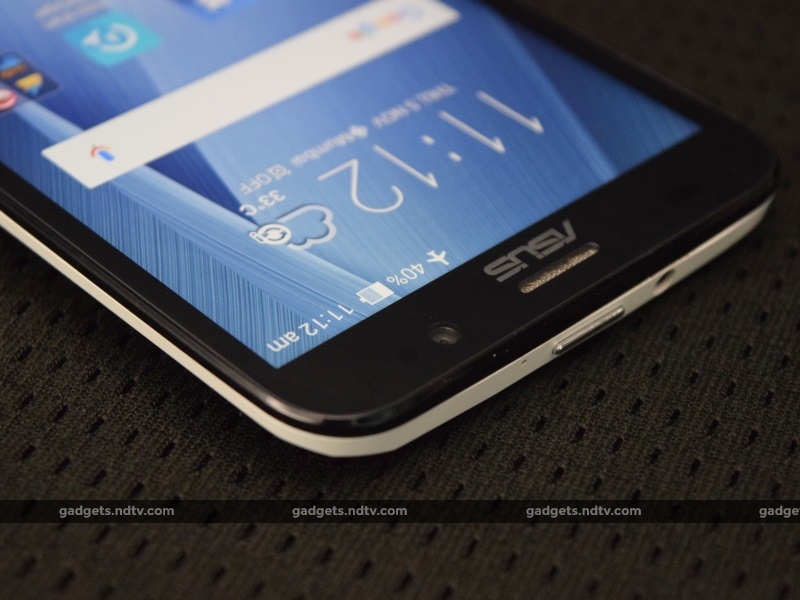 Verdict
The Asus ZenFone 2 Deluxe is not a new smartphone at all. Apart from the fancy new back panel, the device is still a good old ZenFone 2, and this is something that we could easily tell during our time with it. Any differences in performance and functionality that we experienced were only because of various updates and tweaks to ZenUI, which Asus has implemented in the months that have passed since we first reviewed the ZenFone 2.

The only reason to buy a ZenFone 2 Deluxe over a ZenFone 2 is if you prefer the textured back panel. We love the way it looks and feels so we would definitely choose the Deluxe, but this is subjective. There are no other differences between the two, whether you're comparing the specification sheet or the price tag.

Putting aside comparisons with the ZenFone 2, the Deluxe is a decent looking smartphone with good performance. Unfortunately, we aren't thrilled with the camera, and the user interface continues to be chock full of bloatware which is a serious blemish on an otherwise efficient system. For the similar pricing, devices such as the Honor 7 and OnePlus 2 offer a more rounded experience, with similar levels of performance, better features, better cameras and significantly better battery life. While the original ZenFone was a decent option at the time of its launch, the Deluxe feels dated and is outdone today.