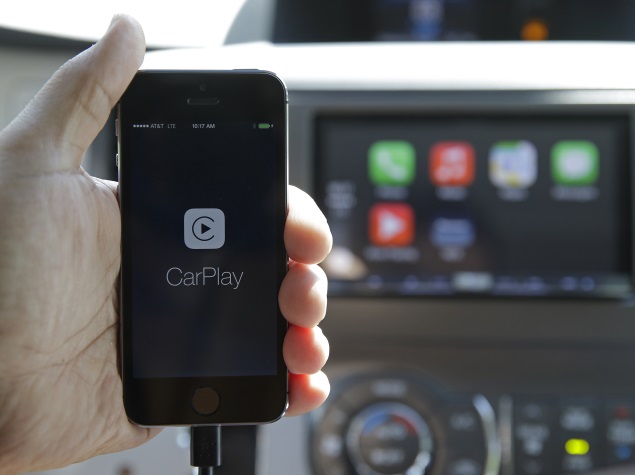 Apple is getting ready to hitch the iPhone to cars in a mobile marriage of convenience.

The ambitious project, called CarPlay, implants some of the iPhone's main applications in automobiles so drivers can control them with voice commands, a touch on the steering wheel or a swipe on a display screen in the dashboard.

It's expected to be available this summer when Pioneer Electronics plans to release a software update for five car radios designed to work with the iPhone. Alpine Electronics also is working on CarPlay-compatible radios for cars already on the road. Honda, Hyundai, Mercedes-Benz, Volvo and Ferrari are among those expected to start selling car models with built-in CarPlay services this year.

Google Inc. is working with car makers to do something similar with smartphones running its Android operating system, but Apple Inc. appears to be further along in efforts to make it easier and safer to text, email, get directions, select music and, yes, even make calls while driving.

I recently checked out a test version of CarPlay in a van equipped with a Pioneer radio designed to work with the iPhone.

The demonstration through the streets of San Francisco convinced me that Apple is on the right track. The CarPlay system is bound to appeal to iPhone fans who spend a lot of time behind the wheel. It makes less sense for iPhone owners who, like me, spend more of their time walking and riding public transportation instead of driving.

If you want CarPlay, you will need an iPhone 5, iPhone 5s or iPhone 5c. An iPad won't work. The phones also must be running Apple's latest software, iOS 7.1. Free upgrades are available for older phones.

If you already have one of Pioneer's five compatible radios, a free firmware update is all you'll need. 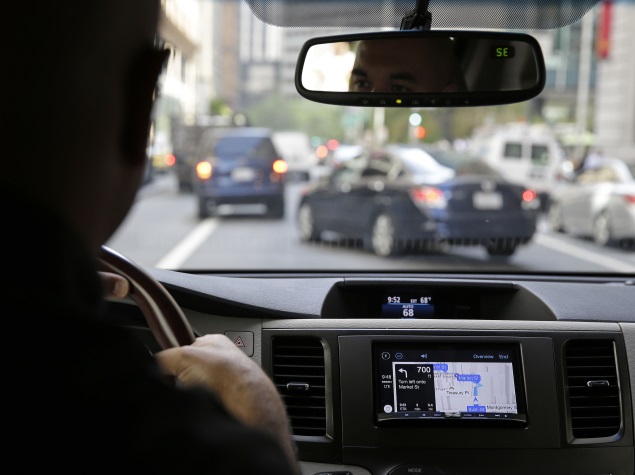 Otherwise, CarPlay's biggest drawback is the cost. If you want it in a car you already own, compatible radios from Pioneer sell for $700 to $1,400. After factoring in other required parts and labor, figure on spending $900 to $1,000 just to get Pioneer's least-expensive CarPlay system in your vehicle. That's more than the price of a new iPhone, but cheaper than buying a new car with CarPlay built in.

Pioneer's top-of-the-line CarPlay radio features a 7-inch screen that shows the iPhone apps for calls, contacts, music, maps and messaging when the device is plugged in with a cable.

Other mobile music apps, including Spotify, Beats Music and iHeartRadio, are supposed to be eventually available on CarPlay, too. Facebook, YouTube and other apps that show a lot of photos and video won't be available for safety and legal reasons.

The key to CarPlay's success may hinge on Siri, the iPhone's digital personal assistant. Apple has been striving to make Siri smarter and more versatile, an endeavor that CarPlay figures to put to the test.

Siri serves as CarPlay's central nervous system, doing everything from taking email dictation, reading incoming text messages out load, and scrolling through the system for song requests or different genres of music. Summoning Siri can be done by touching a button on the steering wheel or CarPlay's display screen.

While CarPlay also responds to touch, the system is at its best when Siri is doing most of the work. I got only a half-hour demo of CarPlay, too little time to determine whether Siri will be up to the job. 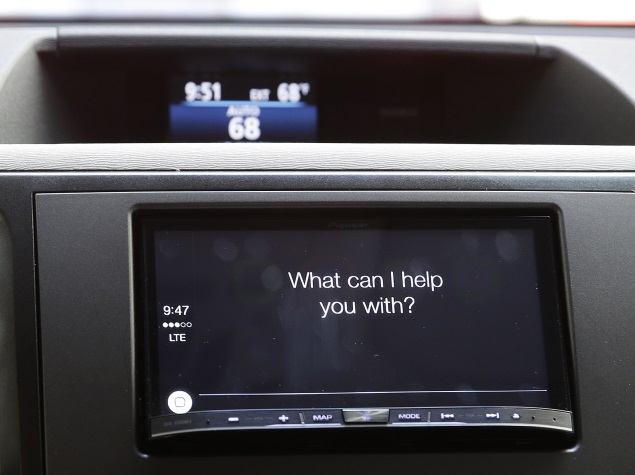 Within minutes of getting in the car, Siri couldn't retrieve the correct address for a requested restaurant in San Francisco. Instead, CarPlay listed several other places with the same name, so Siri apparently at least heard the request correctly. The omission of the requested restaurant may have reflected shortcomings in Apple's database of local businesses.

Beyond that, Siri performed flawlessly reading back incoming texts, composing and sending emails and playing the role of disc jockey when asked to play the music of specific artists such as AC/DC. It took only a few seconds before "Back in Black" blasted through the stereo. Even a question about Arnold Schwarzenegger, a name that can be difficult to decipher, didn't stump Siri.

If Siri is able to consistently handle those kinds of challenges, then CarPlay could make the iPhone an even more indispensable mobile device.