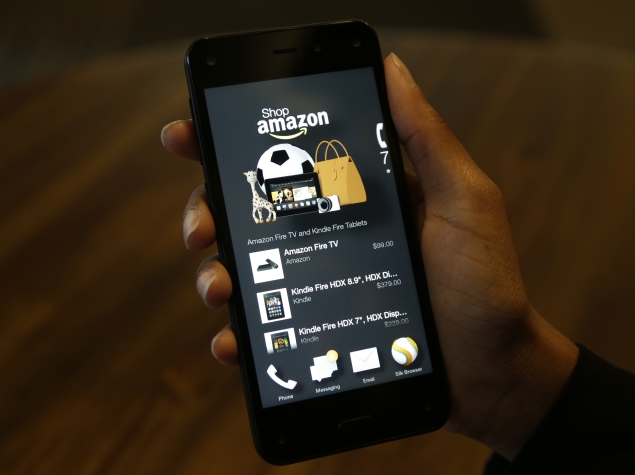 What I find fascinating about Amazon's Fire phone isn't the gizmos such as the 3-D imagery or the camera scanner that helps you get more information about products.

Rather, I like that Amazon is thinking a lot about how phones ought to work.

The iPhone and its Android smartphone rivals are so much alike that companies have been suing each other for stealing ideas. The Fire phone uses Android, but Amazon has modified it to the point that it's barely recognizable.

That means the phone offers new ways to navigate, discover and, of course, shop - all enabled by new features from the world's largest online retailer.

That doesn't mean everyone should rush out to get a Fire phone.

Many apps available for iPhones, Android and even Windows Phones aren't available for the Fire yet. Some features didn't work as well as I anticipated. I couldn't use the Fire's Siri-like voice search to get weather or directions, for instance. And when I used Amazon's Maps app to get directions to the U.S. Capitol, I got the town of Capitol, Montana. Talk about getting lost.

Amazon may fix some of these issues by the time the phone ships Thursday, and other fixes will likely come through future software updates, but consider that it took Amazon's tablet computer two years to become a strong contender to Apple's iPad.

The Fire has a 13-megapixel camera and a screen that measures 4.7 inches diagonally, a comfortable size for one-handed use.

It's available in the U.S. through AT&T starting at $200 with a two-year contract and $650 without one. That's on par with other high-end phones, plus you get double the storage and a free year of Amazon's Prime membership with Fire. Still, Amazon.com Inc. has typically undercut rivals on just about anything else sold on this planet.

Price parity could make it tough for Amazon to compete in a crowded smartphone market, despite these features:

Dynamic Perspective
Using four infrared cameras, the phone gauges where your head is and redraws images on the screen continually so they appear 3-D. 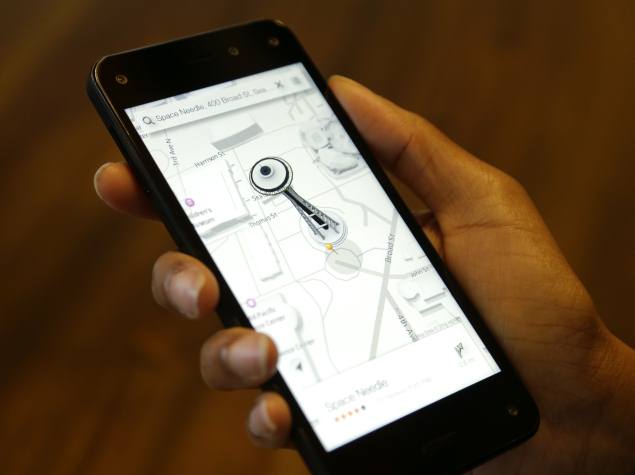 Beyond aesthetics, the technology lets you tilt the phone slightly for more information, such as Yelp ratings on nearby restaurants. If the information is covering up, say, a street name on a map, just tilt it away.

With tilts, you can scroll down as you read news articles or switch between the front and back of dresses when shopping. You can control game characters without touching the screen. Swivel the phone as though you're turning a doorknob to unveil a menu of options or supplemental information such as song lyrics.

Developers of non-Amazon apps will have to enable the feature, so with eBay's shopping app, you still need to swipe to see the other side of a dress.

The gestures also take getting used to. I got frustrated when the swivels didn't work; turned out my motion was too slow. And in testing out the gestures, I somehow placed separate orders for a $109 camera and a $150 hard drive accessory, thanks to a one-click shopping feature. It took an hour to notice the first errant order. Fortunately, I was able to cancel both in time. 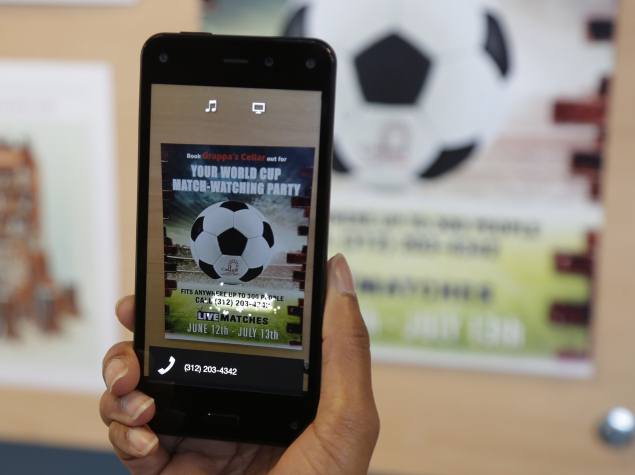 Once there's a match, you can swivel the phone to buy an item through Amazon, add a phone number to your contacts app or learn more about a movie through Amazon's IMDb.

I found only four non-Amazon apps that have enabled Firefly. So after scanning the movie poster for "Stranger by the Lake," I could launch the Flixster app for more information, but I couldn't go directly to Netflix because that app hasn't enabled the feature yet.

Firefly is more comprehensive and reliable than other scanning apps I've tried. I was surprised it managed to identify the model of the landline phone on my desk. For magazines, it identified specific issues, not just the title. But there are still mistakes, such as my laptop's keyboard being identified as headphone amplifiers. 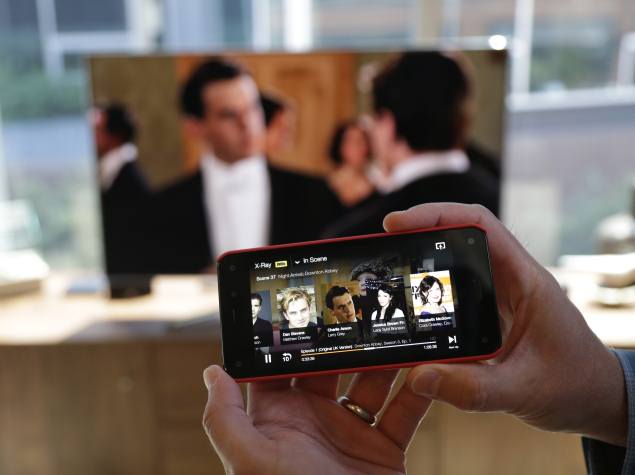 Mayday help
Introduced with the Kindle Fire HDX tablets last fall, Mayday provides live technical support around the clock. The tech adviser who appears on your phone can hear you, see your screen and draw marks to show you where to press or swipe.

This feature works well on the tablet, but as helpful as the advisers try to be, they are still getting used to the phone. One directed me to Apple's support forums to figure out how to transfer iPhone contacts even though Amazon's website had step-by-step instructions. The advisers are also learning how to guide you on tilting or swiveling.

Once these are worked out, though, it should reduce requests for help you get from tech-challenged friends.

The carousel
Most phones have home pages filled with icons to various apps. The Fire shows just one at a time, based on what you've recently done. Swipe left or right to get the others.

These icons do more than take you to apps. Some are for specific content, such as a recent book or video. Some app icons also preview content underneath, so you can delete an email or see a news headline without opening the app.

Apps for various Amazon services, such as e-books, audiobooks, music and video, have been designed to work with the carousel, so watching one movie will give you recommendations for others.

The Fire is a good start at offering a fresh approach to smartphones. More outside apps will need to take advantage of the innovations for the phone to be useful beyond people who already use Amazon services extensively.