How Do You Feel Now That Your Rs. 1,73,999 Samsung Galaxy Fold Is Already Obsolete?

The original Samsung Galaxy Fold is currently on sale in India for Rs. 1,73,999, but its successor has been unveiled 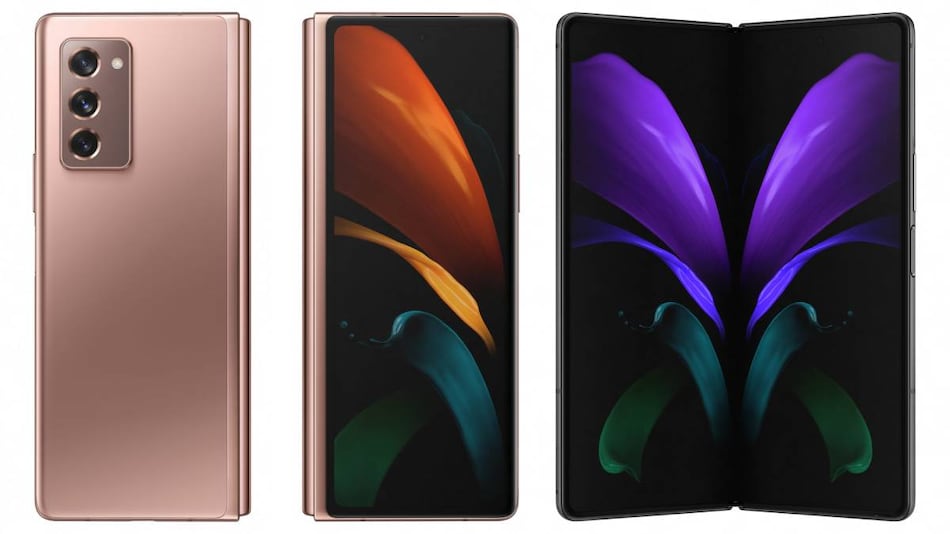 Samsung just gave us our first official look at the Galaxy Z Fold 2 at its annual Unpacked launch event, and while more information is coming, this foldable device looks like a significant improvement over the original. The Galaxy Fold caused a huge sensation at this time last year, and excitement was palpable in the weeks and months leading up to its unveiling. This was the early adopter's dream device; one of the first of a truly new category of tech products that not only represented the absolute cutting edge, but pretty much brought science fiction to life.

The Galaxy Fold is the type of device that you just have to touch – it practically calls out to you. It feels like a dream that you've had for years finally coming true in your hands. I was able to spend a little time with one at last year's IFA trade show before it was launched in India, and I felt a rare sense of wonder just turning it around in my hands, folding and unfolding it repeatedly. Even as someone who has handled hundreds if not thousands of high-profile phones, tablets, wearables, laptops, and who knows what else, this experience made me feel like I was witnessing a significant moment in the development of technology.

When the $1,980 price (approximately Rs. 1,41,300 at the time) of the original Galaxy Fold was announced, people were of course shocked, but the sheer novelty of it guaranteed that enthusiasts and fashion lovers alike would snap up their units. If you've got money to spend, there's nothing quite like a Galaxy Fold to show off, drawing all eyes around you every time you use it.

Even in India, the launch price of Rs. 1,64,999 (which rose to Rs. 1,73,999 post GST revision) didn't faze some people. Obviously, this was always going to be a niche product and of course only very few were ever going to be sold. Despite these caveats, Samsung has done brisk enough business worldwide.

And all of that is despite the many glaring, obvious shortcomings of the Galaxy Fold and the technology it was built to showcase. First of all, the device is incredibly delicate and easy to damage. I was instructed to handle my demo unit gingerly, and an attendant was standing poised to snatch it from my hands should I even seem to be about to touch it the wrong way. The Galaxy Fold had a bumpy launch with several delays and high-profile examples of units becoming useless due to the slightest of mistakes.

The instructions that Samsung published for Galaxy Fold owners would send me into a a state of constant anxiety if I owned and used this device as my everyday phone. The inner screen must be handled gently — you can't press it hard with a fingernail or get too rough with your thumbs. Even a mote of dust or some minor exposure to water could do permanent (and expensive) damage, users were warned.

If you're the obliging type, you'd constantly have to allow other people to touch and bend it, and you couldn't be sure they'd be gentle. All that of course is in addition to the ever-present danger of dropping and shattering such a a device, or having it stolen.

Usability is an entirely different matter – the Galaxy Fold is extremely bulky and ungainly, not to mention difficult to carry around in a pocket. The outer screen is tiny, and the inner one has a visible crease that could be distracting in movies and games. The whole body is a giant fingerprint magnet. It was clear right from the start that this was a first-generation device, and future ones would follow.

But the deepest cut is that if you chose to accept all these things and paid Rs. 1,64,999 (or Rs. 1,73,999) for a Galaxy Fold at some point in the past ten or so months since October last year when pre-bookings first opened, you're probably feeling a huge sense of deflation right now.

We don't know what the price of the new Galaxy Z Fold 2 will be, but it's unlikely that Samsung has been able to make folding phones hugely more affordable in such a short time. In fact, given how prices have been trending upwards in India so far this year, the new model will likely cost quite a bit more when it arrives here. There won't be that many people who bought last year's Galaxy Fold and are already planning to upgrade to the Galaxy Z Fold 2, but if that's how you want to roll, it will probably pinch.

That's the tragedy of life on the cutting edge – just like the man who sold a kidney to pay for an iPhone learned the hard way – every high must be followed by a low. Every device will be replaced; every incredible new trend will either fade or become mainstream. The yearly hype cycle demands it.