OxygenOS is loaded with features and offers a near stock Android experience. 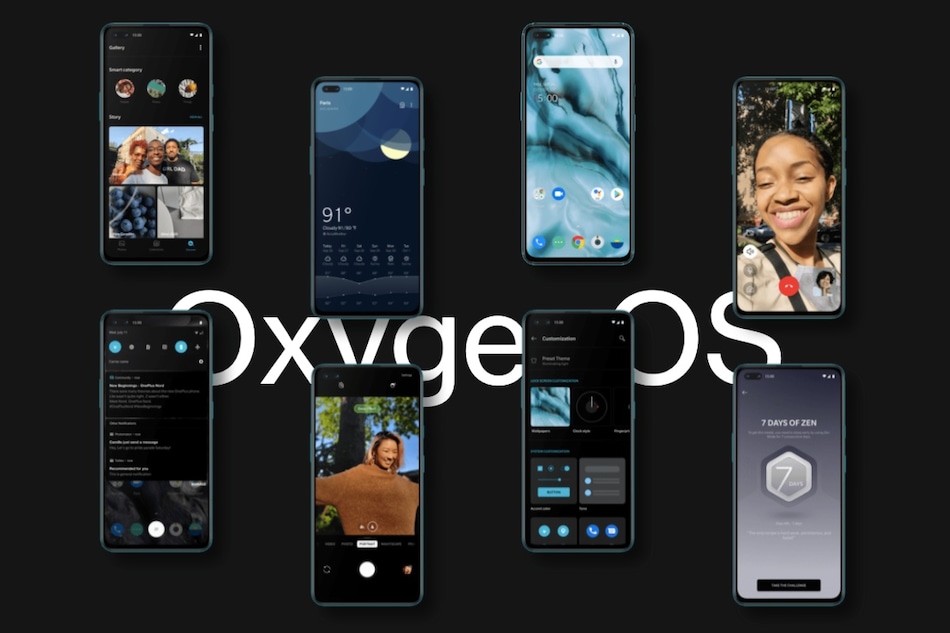 You can get the OnePlus Nord at a starting price of Rs. 24,999 in India

Android purists would like to argue that stock Android is the best and the most efficient form of the OS, but not many people are huge fans of stock Android. Instead, it can be argued that stock Android is too ‘barebones', and this is because Google simplifies its version of Android to keep things running smoothly. But if the company wants, they can and they should add a lot of useful features to the operating system.

That brings us to OxygenOS - OnePlus's take on Android - and it comes with several major features and small tweaks that are still missing in stock Android. Of course, you can always install apps to add some of these features, but don't you think these are nifty additions that should be built-in? That's why, in this article, we list 14 reasons why OxygenOS is better than stock Android.

There is no voice recorder app built into stock Android - you need to install an app for it. OxygenOS has a voice recorder built-in, which is very useful.

OxygenOS has a dedicated gallery app that is better for basic image editing on the phone, and also allows for long screenshots. If you've ever wanted to take a screenshot of a long WhatsApp conversation, you can do just that in one go on OxygenOS. There's no need to take 20 different screenshots to do this.

Some of the biggest and most useful differences are the utilities and tools offered by OxygenOS. These include reading mode, gaming mode, and zen mode, which tweak settings on the phone for specific purposes. We particularly like gaming mode, which makes it a lot easier to concentrate on gaming without distracting notifications. Reading mode turns the phone's display into monochrome which makes it comfortable whenever you have to read long-form content on your phone. Lastly, Zen mode, which basically locks your phone for a specific period of time so that you can focus on better things around you.

Other useful additions are parallel apps, which let you have two instances of popular apps such as WhatsApp, Instagram and Twitter for two separate accounts. If you want to run two WhatsApp accounts on the same phone, OxygenOS allows you to do that but stock Android does not.

OxygenOS has a built-in app locker that lets you put an additional password to open certain apps. There's also a really useful feature called lockbox built into the file manager on OxygenOS. With lockbox, you can put individual files in a password-protected vault, so if you have any sensitive information on your phone such as a picture of an identity card, you can encrypt it with a password to keep it safe from prying eyes.

I also quite like the OnePlus Switch tool, which allows you to quickly migrate your data and apps to a new OnePlus phone. Google does have its own migration tool, but OnePlus Switch allows for app data on certain apps to also be migrated, making it a more useful tool. The data transfer is quick and sets up your new phone identically to the old one.

There are also a number of small but useful additions that make a difference in ease of use on OxygenOS. Let us give you some examples of these.

Better data usage controls: OxygenOS lets you set a limit on cellular data. Moreover, you can check how much data you have used, both on cellular and Wi-Fi, in a month.

Schedule power on or off: OxygenOS lets you automatically switch off your phone at a particular time, and even boots the phone up at a scheduled time.

Quick lock: When you want to lock the phone, you don't have to reach for the power button - a simple double tap on any blank area of the home screen locks the device quickly.

Quick PIN entry: When entering your security PIN, OxygenOS lets you select an option to skip pressing the ‘tick' after entering the pin. Upon entering the last digit of the correct pin, the phone automatically unlocks.

Easy uninstall: When compared to stock Android, it is easy to uninstall apps on OxygenOS.

Nicer about screen: The About screen doesn't look barebones in OxygenOS.

All of this makes OxygenOS, in our opinion, a better option than stock Android. What do you think? Let us know via the comments.