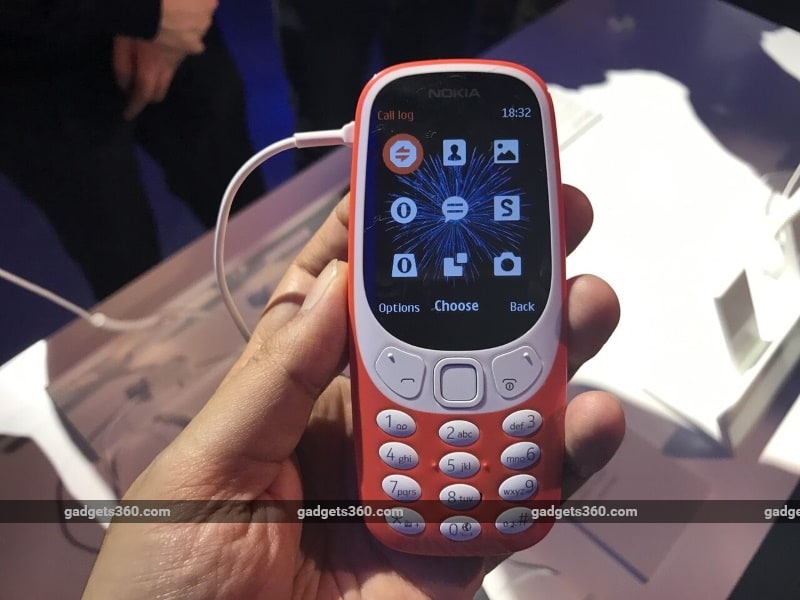 Though it was the worst kept secret ahead of MWC 2017, the Nokia 3310 launch almost didn't happen - or so it seemed while sitting in the audience at the Nokia/ HMD Global launch event in Barcelona on Sunday evening. It looked like the event was over with Snake for Messenger being the only connection that the event had with the much-anticipated Nokia 3310. But in what's likely to go down as one of the most loved "one more thing" moments in history, Arto Nummela, CEO HMD Global, unveiled the Nokia 3310 (2017), and history was rewritten.

Like everyone else, I have fond memories of my Nokia 3310, not least because it was the first phone I bought with my own money - the only other phone I had before it was a Motorola T180 that was a hand me down from someone in the family, but I digress. Nokia phones back in the day were built like a tank, and no phone epitomised that better than the Nokia 3310. It could survive drop tests that would put modern smartphones to shame - that's not to say it didn't get chipped or get minor dents; it did, and those tiny chips hurt as much as scratches on a modern-day iPhone, take it from someone who's been there and experienced that. But unless you exposed your Nokia 3310 to water, it was almost impossible to kill the bloody thing.

If you threw it hard enough, the Nokia 3310 would open up, and the front of the phone as well as the back cover and the battery would go flying in all directions. You simply put everything back together and it just worked. Every. Single. Time. Once your Nokia 3310 became old enough that you didn't care about tiny dents, you actually threw your phone and put on a little show to flaunt how you weren't worried at all about anything happening to the phone - what? Not everyone did that? Ok, maybe it was just me.

The progress we've made in terms of industrial design is also evident from the premium plastic that the modern day Nokia 3310 is built from. The navigation buttons have also changed in a nod to the grid-like pattern that the software now features, and it's only when you look at the keypad that physical similarities with the original Nokia 3310 emerge. You can still pop open the back cover and remove the battery as well, in another nod to the original.

The Nokia 3310 can now accept two SIMs instead of one, and a 2-megapixel camera is thrown in for good measure, as is Bluetooth. On the software front, Opera browser is now included by default, but there are no other apps, so if you want to use Facebook, you are limited to the mobile Web. Of course a modern take on the classic game Snake is very much there, but like almost everything else about the Nokia 3310 (2017), it bears very little resemblance to the original.

So will the Nokia 3310 find any takers? Based on the largely positive and enthusiastic reactions online it seems HMD Global has a hit on its hands. How many of these people actually go ahead and spend 49 Euros (approximately Rs. 3,500) remains to be seen. People who actually buy feature phones because they can't afford a smartphone usually spend around Rs. 800 to Rs. 1200 price bracket, so the Nokia 3310 is unlikely to appeal to these users. Nostalgia alone will have power this phone through the market.

While HMD Global might be a new company, it's clear that it knows how to market a product. If the Nokia 3310 (2017) had released under any other name, it would've been a non-event. Instead, it looks like a pretty standard - and frankly, over-priced - feature phone will turn out to be the biggest highlight of MWC 2017. Nokia is back alright.

Moto Smartphones to Get Amazon Alexa Voice Assistant Support Later This Year
Nokia 3 vs Nokia 5 vs Nokia 6: Which Nokia Android Phone Is Right for You?