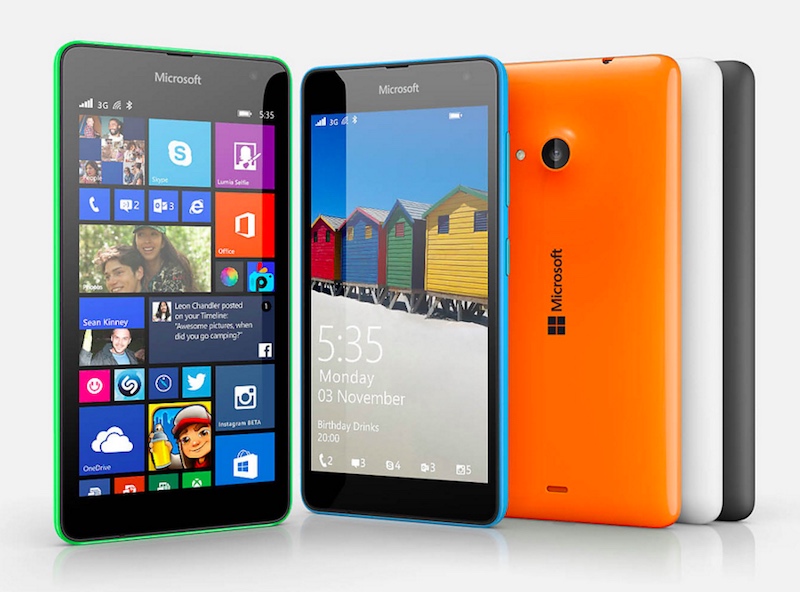 Highlights
Microsoft on Wednesday announced that it was further "streamlining" its mobile phone business. The firm will lay off more than 1,800 workers and "will focus its phone efforts where they have differentiation," according to Microsoft chief executive Satya Nadella. So while this certainly doesn't mean that Microsoft will ignore smartphones in the future, it certainly sounds as if it is not interested in selling Lumia phones - or any others - to the average consumer anymore.

It may sound a little bonkers to get out of the smartphone market now, when everyone and their mothers are glued to their mobile devices. And this latest move does mean that Microsoft has written down more than the $9.6 billion (roughly Rs. 64,661 crores) it spent to acquire Nokia's handset business in 2014. But it's actually not a bad idea, and it gives Microsoft the chance to focus its efforts on the next wave of the smartphone revolution.

Because the smartphone game - at least this round of it - is more or less decided. Microsoft wasn't just trying to sell phones; it was trying to sell its own platform. And when it comes to smartphone platforms, Apple and Google have won, with an estimated 96 percent of the world's market share between them, according to Gartner's February report on the smartphone market. Microsoft, in that report, came in third, with 2.8 percent of the market.

Hindsight, of course, is 20/20. It's easy to laugh at Microsoft now, but it's worth remembering that there was a time when smart analysts thought that the mobile operating system Windows Phone could overtake Apple's iOS by the end of 2015. Windows Phone had some interesting features, it promised integration with the world's dominant computer operating system, and those candy-colored Lumia phones usually were well made.

But by the time Nadella took the wheel at Microsoft - and former Nokia head Stephen Elop said "so long" soon thereafter - it seemed as if Microsoft's whole smartphone business wasn't long for this world. Instead of playing catch-up on hardware, Nadella has focused the company's efforts more squarely on software and the cloud, where its mobile efforts have actually seen a rebirth. Rather than trying to get more developers to write programs for its anemic app store, Microsoft's focused on getting its own apps in more places. Since Nadella took over, the Office suite has gotten pretty good mobile apps, even for non-Microsoft products including - gasp! - the iPhone.

And Microsoft is also clearly thinking beyond apps. It may be hard to remember, but Microsoft was the company to kick off this "bots are the future" wave of discussion at its Build conference in March. And while its efforts to launch a bot didn't go so well - Tay, the innocent bot with the millennial voice, ended up getting seriously corrupted by humanity - the company should get credit for a little forward thinking.

After all, bots really could signal the decline of apps, by unifying the services you get from a dozen or more separate apps into one product. Assistants like Microsoft's Cortana are already trying to unify reminder, calendar, traffic and search apps - and that's just the beginning.

Smartphones aren't over, of course. But they are becoming more important for what they can do rather than just what they are, and that seems to be Microsoft's focus moving ahead. It's pursuing a life operating system. Because whoever can crack that code and build a central program that works everywhere - no matter what device we're using - will be the leader of the next few years.