Apple hit the rewind button with the iPhone SE design 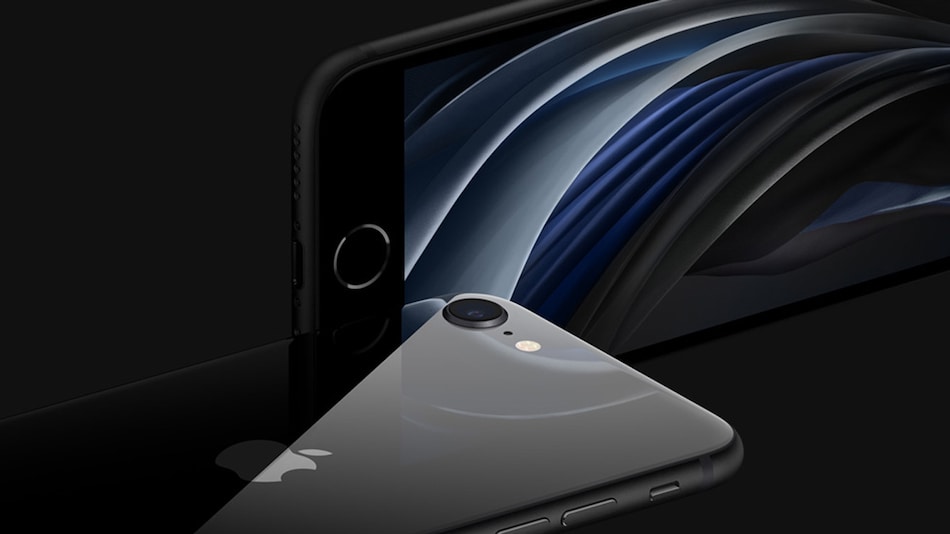 Apple recently launched the iPhone SE (2020) as the successor to the original iPhone SE, and while we don't have a launch date for India in place yet, it's likely to hit the market in May. This model offers a mix of old and new hardware in the body of the iPhone 8. Many people may be surprised that Apple is offering some of its latest and greatest hardware with such a dated design, yet this decision might be a success still.

Visually, the iPhone SE (2020) looks just like the iPhone 8, and the Apple website confirms that they're the same size and weight. Not much has changed visually, compared to the iPhone 8, and one look at the comparison between these two models on Apple's website confirms that they are even identical in size and weight. The colours are different, and a few eagle-eyed users will notice that Apple removed the iPhone branding on the back, but that's all. So how can Apple justify recycling an old design for a new phone in 2020, when the rest of the world has moved on?

At first glance, the Apple iPhone SE (2020) looks completely out of touch with today's design trends — nearly every other smartphone, no matter the price, now has a large screen with slim borders stretching across its entire front face. Will potential buyers think that the new iPhone SE is too old-fashioned and unexciting?

After all, we've seen the same design, with only a few updates, since the iPhone 6 launched in 2014. The iPhone 7 and the iPhone 8 introduced only subtle visual tweaks, but kept the same design elements and proportions.

At a starting price of Rs 42,500 in India, the iPhone SE (2020) has plenty of slick, modern-looking competitors. So has the company been foolish, or is this refusal to follow trends the latest example of its self-proclaimed ‘courage'? There are several reasons that this phone might succeed in India despite its looks.

Someone who buys the iPhone SE (2020) will have to settle for a tiny screen by today's standards. Apple was reportedly the first company working on an all-screen phone, but now it is asking users to accept thick bezels. After years of promoting Face ID, you'll also have to go back to a fingerprint sensor.

Cameras are a big selling point today, and this phone has only one on the rear as opposed to three or four. So, with styling and some features that are over half a decade old, it is surprising Apple would even attempt to launch such a device.

Apple might just be the only company able to pull this off.

One reason is Apple's brand power. Removing the iPhone branding from the back and just leaving the Apple logo in the centre shows the recognition that Apple has built over the years. Could you imagine Samsung launching a new phone based on the Galaxy S5's design now, or LG reusing the body of the G3, or even Sony using the… wait, nevermind. These brands wouldn't be able to pull off an older design with thick bezels and small low-resolution displays.

First of all, we do believe that the price will come down over time, as the market prices of iPhones are generally lower than the MRPs that Apple sets. This means that Apple is banking on the appeal of a current-gen iPhone selling for under Rs 40,000, which isn't wholly unrealistic.

Second, there is a difference between price and value – historically, iPhones have tended to outlast their competitors. As people use their iPhones for three years on average before switching devices, this does affect the relative value when comparing iPhones to Android phones at the same price.

Apple has used its current-generation A13 Bionic processor which means that the iPhone SE (2020) should keep getting software updates just as long as the iPhone 11 series does. It is a bold choice by Apple to use the same processor that's powering its top-of-the-line iPhone 11 Pro models. Right now, Apple's most affordable iPhone is reportedly more powerful than the most expensive Android smartphone on the market.

Meanwhile, Apple rehashing the design for the new iPhone SE isn't entirely surprising, because it did exactly the same thing with the original iPhone SE, which borrowed the iPhone 5S's body. The iPhone SE (2020) might not look modern but it does have modern features, such as wireless charging and IP68 waterproofing.

Android smartphones selling at around the same price (and even some much more expensive ones) don't have either of these features — case in point, the newly launched “flagship killer”, the OnePlus 8. Also, you might get only one camera on the back, but early international reviews have indicated that it can work quite well in favourable conditions.

There's also still some appeal in smaller, more usable touchscreens. Nearly all Android smartphones have screens bigger than 6 inches, with tall aspect ratios that aren't easy to handle. The iPhone SE (2020) is tiny in comparison. It might be too small for many people, but those used to an iPhone 8 or older who are looking for an upgrade, might appreciate the fact that the iPhone SE (2020) retains the same design while improving camera features and performance.

It's possible that Apple will manage to tempt Apple fans put off by the high prices of iPhones in the past. Even those who were on the fence before might be willing to switch to Apple, considering the balance of cost and features now available.

Despite its small size, the iPhone SE (2020) can take advantage of the entire Apple ecosystem including services such as iCloud, iMessage, and more recently, Apple Arcade. This new iPhone will also allow many existing users to continue enjoying the ecosystem without spending more than they can afford on a device upgrade or replacement when the time comes.

The iPhone SE (2020) obviously has a very dated design, but considering its price, there is much more to it that needs to be taken into account. Apple has shown its ‘courage' by not following other smartphone manufacturers who release minor refreshes every six months just to keep up with trends. Whether this strategy works, particularly in India, remains to be seen.

Vivo Watch Development Tipped Again, Specifications a Mystery for Now
WhatsApp Takes on Zoom With Increased Group Call Limit for iPhone Users: How to Use it